Sam Rockwell stars in one of the best science fiction films in years.

If they’d had MMA in 1776, the world would be a very different place.

TRANSFORMERS: REVENGE OF THE FALLEN

Someone kill us all now, please.

Bones hands out some awards to mark the conclusion of the 2008/09 season.

AN OPEN LETTER TO SHEPARD SMITH

The Da Vinci Code was an autistic child; Angels and Demons is a full-blown Downer baby with fetal alcohol syndrome. 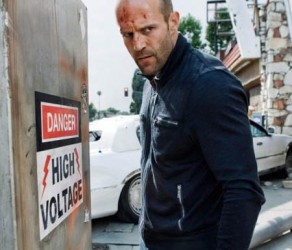 Tough Englishman must keep himself alive by repeatedly shocking himself, all while finding the man who stole his heart. Just like Macbeth.

Can the premise even be articulated? Sort of. Mix Robocop with The Terminator and cast the robot with a big bald fucker that looks like Steve Wilkos. Add a real life kickboxer Don “The Dragon” Wilson as a human who is targeted by the Steve Wilkos which is controlled by his former employers (a senator […]