“One thing doesnt make a man, says Dan (Ryan Gosling) to his student Drey (Shareeka Epps), which is either wisdom or folly, depending on the source. In Dans case — a passionate, unconventional teacher who also happens to be a drug addict (crack is his demon of choice) — it could easily be a cynical rationalization for his self-destructive behavior, but when we take into account the whole of his life, it prevents a hasty judgment that could cast aside an otherwise good man. Or is Dan, in fact, a good man? Half Nelson, Ryan Flecks subtle, quietly powerful new film, forces us to reconsider what we believe to be good and bad, and as the opening quote suggests, whether or not a person should be reduced to a single act, attribute, or condition. Can an alcoholic be an attentive father? Can an abusive lout be a talented writer? Can a killer be a philosopher? Despite all our best efforts and even the most forgiving hearts, few who stray from acceptable courses in life are treated with any degree of complexity, and when most look at Dan, they will see the lines of cocaine, the desperate hits, and the bloodshot eyes, not the classroom lectures, well-defined sense of social justice, or capacity for warmth and friendship. For most, hes an irresponsible bum; a terrible man, an even worse role model, and not at all the sort of person who should be working with kids.

The beauty of Half Nelson — and Goslings wonderful performance — is that its never that easy, even when we cringe at Dans choices. His apartment is a mess, he shows up to work stoned, and is so out of it that he fails to notice his dead cat for days. Theres nothing overtly appealing about him at all, in fact, which makes it that much more surprising when hes allowed to be human, not a caricature of addiction. And yet, this isnt yet another heart of gold turn where the angels sing and the clouds part because the bad man finds redemption. Instead, Dan always remains rather likeable; a bit stupid, sure, but who isnt from time to time? Of course, this is a chemical dependency, not a mere quirk, but on the whole, hes laid back, decent, and determined in the classroom to give his students more than a rote education. Hes no Mr. Chips, but he wants these young people — most of them black and poor — to think differently about life, rather than learn the usual names and dates. And as much as it sounds like a Dangerous Minds in waiting, melodrama never once rears its ugly head. There are no rah-rah contests, big tests, or last-minute grades to secure; this is simply a teacher who tries to speak to his class as no one ever has before. And while he doesnt use soaring oration or clever tricks, he does believe that these young people need more than a diploma. Its about the minds discipline, not a tangible reward.

Drey is the one student who seems to get it, though shes not at all the precocious little snot that tends to inhabit films about teachers and students. She might be brighter than most, but thats not entirely evident. Shes the product of a broken home (her mother works hard, but is never around) and seems to be a lonely sort, but nothing about her assumes a predictable feel. She considers Dan a friend (even more so after she catches him in a bathroom stall smoking crack), but its questionable as to why. Is Dan a father figure? Is she curious about him because hes using what has stereotypically been a black drug? Is she trying to figure out why an educated adult with a job would take such outrageous risks? Again, there are no tearful monologues or ham-fisted arguments; only a young girl trying to understand her world and how this authority figure might fit into it. And even though Dan mentions keeping the secret under wraps, the request feels unnecessary, as we never doubt that shell avoid snitching. After all, her own brother is in jail and her friend Frank deals drugs around the neighborhood. Frank even brings Drey along to help make a few deliveries, and rather than feeling forced, it comes across as the expected development for these characters. Drey might consider this life, or perhaps not, but it would be insulting to avoid the temptation altogether as if she inhabits another world.

All told, this a film of even tones and mild moods, which makes it infinitely more insightful than had it sent shattering, red-blooded images to the fore. We are not instructed to like or dislike anyone, and any conclusions we reach will be based solely on our own prejudices and preconceptions. If we despise Dan for throwing away his life, we surely lack empathy, but might also be unwilling to confront the flaws in our own character that bring us to the brink of ruin. How many of us live reasonably comfortable lives while harboring secrets that threaten to tear everything apart? Sure, it saddens us that Dan, a bright, conscientious individual (during a moment of lucidity, we witness how sharp he can be) could stoop so low, but must our heroes always be exempt from lifes woes? No ones arguing that a drug abuser should work with kids, but what if that same man has inspired others to good deeds? While wasting away in a bar, a parent of a former student approaches and mentions that his child is now thriving at Georgetown, majoring in the very subject Mr. Dunne taught. Dan is unable to recall the young woman (hes blitzed out of his mind), but is this not a happy ending of sorts? Despite his flaws, this man helped bring out the best in a young person and without his mentoring, its likely she never would have continued her education. Is that enough to outweigh an addiction? Should it be? 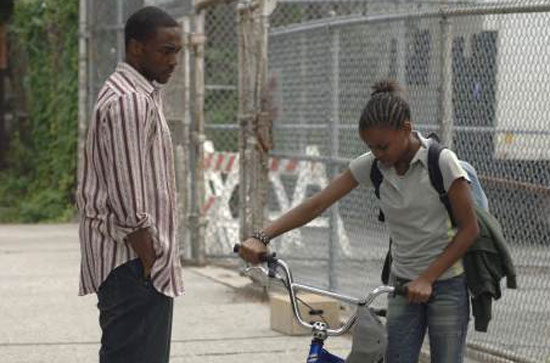 We are a nation obsessed with easy answers, even if such solutions remain impractical, oversimplified, and half-baked. From extricating ourselves from Iraq to the health care crisis, people arent so concerned with well-defined road maps as they are with the continuation of a can-do optimism that infects the body politic. Just tell us theres a light at the end of all this and well keep quiet. So imagine how refreshing it is when a movie comes along that dares to present multi-faceted lives that challenge the very idea that we can take A and produce B by the end credits. Maybe Dan has cleaned up for a bit, but what of the future? And if he can skate by with minimal damage, why force him to change course? And perhaps if Americans stopped looking for saints, wed be more likely to find our way again. Just as bullshit and lies spring forth from attractive faces and so-called godly men leave bodies in their wake, scoundrels buck up from time to time and get things done. If our history proves anything, it is that in order for this machinery of life to function, high and low must work together. More than that, though, comes the recognition that high and low are often the same thing.