THE CONFESSIONS OF MARCUS BACHMANN 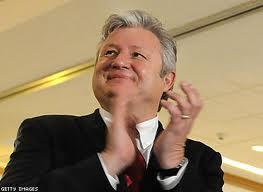 I, Marcus Bachmann, PhD, husband of presidential candidate and Minnesota Congresswoman Michele Bachmann, am a homosexual. After a lifetime in the shadows, whether sneaking away from my government-supported practice of literally fucking the gay out of gay men to visit buff male prostitutes, or dashing about like a mincing reindeer to the nearest rest stop lavatory, I am coming clean before my God, my wife, and my country, largely to ensure that my dear wifes campaign proceed with the purifying disinfectant of sunshine. And a rainbow or two. I owe it her, and myself, after so many years of joyless, procreative intercourse, whose acts were little more than obvious bouts of overcompensation, that I can no longer stifle the imagery of the male form as I perform dutifully on that pillow-topped mattress of lies. Even as I frequented dark alleys, sleazy motels, backseats, and the occasional airport restroom, I tried desperately to picture my beloved Michele in full professorial mode, naked to the waist, poised and stern as she set forth on her nightly ritual of combining Scripture with cunnilingus. And as much as I suppressed my rage, disgust, and self-loathing as I massacred the deceptively simple task of bringing dear Michele to orgasm, my subsequent attacks of copious vomiting, unending showers, and mouthwash dependency proved, time and again, that my flirtation with the straight and narrow was nearing its end. The queer, long suppressed, had to spread its cheeks and fly. 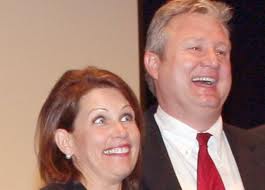 Yes, friends and supporters alike, I have nursed at the government teat for more than simple hypocrisy. I have profited from the very entity I claim to loathe, but more than that, I have seduced, tricked, and raped countless young men, all in the name of counseling and rescue. Every troubled youth who entered my facility had little choice but to enter my rectum in turn, and I theirs, and during no session was fluid not exchanged. I took advantage of young and old alike, embarrassingly conveying my alleged heterosexuality, even while my hands choked their helpless necks to the point of asphyxiation. In turn, these babes in the wood were punched, kicked, fellated, and shoved; humiliated beyond description, simply to convince their putty-like minds that getting the gay out took even more fucking than usual. As I dried their tears and bruised their soft flesh with Biblical beatings, I held all authority in my lily-white, delicate, work-avoiding hands. And no matter how often they left my office with cocks better resembling chewing gum, they always came back for more because, as I always reminded them, the road to manhood is forever and always through Our Savior, with a painful, but necessary, detour at butt sex.

So is this my swan song? My farewell to the troops? Hardly. Now, out and proud, I can better serve the cause of justice and freedom that my wife represents. More than ever, I am devoted to her body and soul, even if the body part remains strictly metaphorical. So no, I will not apologize for my continued and repeated seduction of pre-teen boys, the married and confused, and most prized of all, aging bears with a fondness for scrotal tickling, but that bursting forth of activity will in no way interfere with my aid and comfort on the campaign trail. Wherever there is a speech to be given, I will be there. A hand to shake, a back to pat, or an erection to sustain, I will be of service. She has protected me, nursed my battered body back to life, and never, ever interrogated me, even after having disappeared for four days, only to be found at last, naked and unconscious in our backyard garden. She has wiped my brow, darned my socks, shaved my chest, and given every last bit of strength with needle and thread to return my tattered clothes back to their original form. She has taken the phone calls, made the late night drives to hospitals from coast to coast, and not once cast a burdensome glance in my direction, even after losing complete control of my bowels. Shes forgiven the endless road trips to Fire Island, the Wizard of Oz marathons, and the Boy Scout outings, even when she knew deep down there had never been a three-month Jamboree without cell phone service. Shes my rock, my beard, my one and only. And she can be your President, God willing.