Based on the novel by Graham Greene

Jonny has no idea about the humidity…

In the opening scene of The Quiet American Brendan Fraser is
found dead from a stab to the heart. Right off the bat I love this
movie. My old roommate Drake used to incessantly remind me that his
favorite film was Executive Decision because Steven Seagal dies during the first twenty minutes. Fraser’s death aside, The Quiet American
is a pretty damn fine film. It is one of the more beautiful films I
have ever watched, seeming to pull from the same dark yet vibrant color
schemes that dazzled in the otherwise forgettable Confidence.

Michael Caine stars in his Oscar-nominated role as Thomas
Fowler, an aging British journalist in Saigon with a taste for tea,
Southeast Asian snatch and not much else. He barely works, having
delivered only three stories to the paper in a year. Additionally, he
is 10,000 miles removed from his non-divorcing Catholic wife in London,
and that is just fine by Thomas. Phuong seems to be all that is keeping
him away from old age, or as he claims, “death.” A hunky, yet
idealistic American named Alden Pyle (Fraser) befriends the old
reporter at the Hotel Continental one day during tea, and suddenly the
plot starts rolling. Masterfully set during the French occupation of
Indo-China in the early 1950’s (as well as the Communist and American struggles against it), The Quiet American unfurls two plots simultaneously. 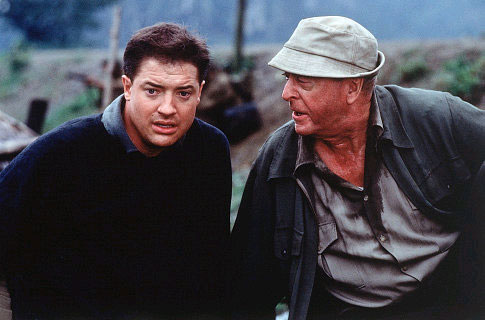 The first concerns Do Thi Hai Yen’s portrayal of Phuong, the
most perfect woman in all the world. When Phuong is not mixing drinks
for you, she is doing sexy dances in the living room. Or she is telling
you that you are not old, not ugly. Or, and best of all, she is
lighting your opium pipe for you. Phuong is quite beautiful, too.
Caine’s character has been with Phuong for quite some time. Since he is
still married back in England, and not really inclined to change his
current situation, Phuong’s scheming and much less attractive sister
plots to marry Phuong off to the handsome but quiet (and possibly
wealthy) American. Pyle, who is a young doctor doing pro-bono work for
the suffering masses of Vietnam, instantly falls head-over-heals in
love with Phuong. As can be imagined, this creates a great strain on
Fowler and Pyle’s relationship.

The second, and far, far more interesting thread concerns the
then-nacsent CIA’s designs on the future of Vietnam. Remarkably, Graham
Greene wrote the novel upon which this film and an earlier adaptation
are both based in 1955. The earlier picture came out in 1958 at the
height of McCarthyism. Regardless of whatever that know-nothing
revisionist cunt Ann Coulter says, as a result every trace of supposed “anti-Americanism” was removed, essentially castrating the film.
I say amazing because at one point the film, Fowler and Pyle stumble
upon a massacre, which we later learn was perpetrated by the CIA backed
General Thé, leader of the “Third Force.” Which is early Neo-Con double
speak for, “brutal dictator/American backed puppet-thug in the mold of
Pinochette, Noriega and Hussein.” And for that shit to have come out in
1955, well, amazing. Also, of course, the book Pyle’s reading is
entitled “The Dangers of Democracy” by one York Harding. As far as I
can tell, it is a title Greene invented, but it might as well be the
current Neo-Con playbook. 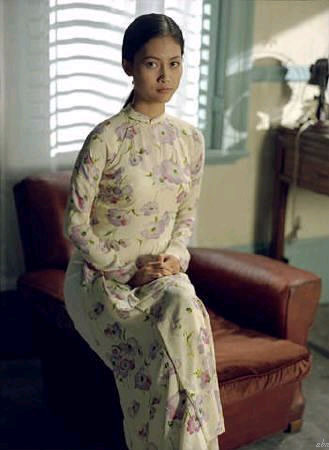 Pyle at first tells Fowler that he is a doctor treating the
Vietnamese for some sort of rare eye condition. As the plot bumps
along, we begin to see that Pyle is decidedly not just a doctor.
Whether it be his just showing up in the middle of a French Incursion
in to Communist controlled lands, or his wresting a rifle out of the
hands of Vietnamese solider, we learn that there is something very
militaristic about Pyle. In what is the turning point of the film, just
after a massive bombing, we watch as Fowler observes the supposedly
benevolent doctor much more concerned about a bloodstain on his suit
than he is about helping the injured. This scene could have been done
better, because the real crux of it (Pyle’s fluency in Vietnamese) all
comes out in the next scene. Pyle of course, is actually running the
show, and, well… I’m not going to spoil everything. A Quiet American is worth seeing for yourself.

A few criticisms. One is that Fraser is simply not Ruthless
enough to play this part properly. He works fine in the early part of
the film as a goody-goody bigheaded American dumbstruck blind by puppy
love for Phuong. But, when his character morphs into a CIA mastermind,
well, I’ve just seen him in too many God-awful piles of crap
to buy that he could function at an intelligence level equal to our
current President’s, let alone someone that conniving and far-sighted.
Matt feels that the Phuong character was a bit of a cipher, a woman who
existed solely to titillate without any real characteristics of her
own. I agree to a certain extent, but would argue that her actions lead
directly to Fowler’s decision at the end of the movie, which of course
results in a knife through Pyle’s heart. Also, I felt the pace of the
movie was a little too quick. I would have liked for it to linger
longer, especially in the beginning so we can understand why Pyle would
fall so in love with Phuong. I mean, she ain’t that great a dancer. Also, so we could just soak in the humid beauty of French Vietnam. 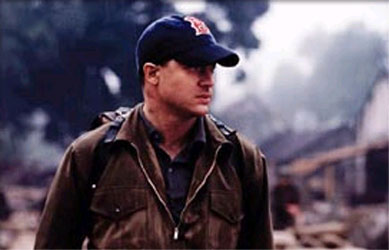 On the whole though, The Quiet American is a fine film.
Caine earns his Oscar nod during a single scene where he
single-handedly storms the CIA branch on crutches. Again, I must speak
of how gorgeous and exotic the sets were, especially the scenes in
Saigon. Totally foreign and fantastic. Tying love up into espionage is
typically pretty thrilling. Like The Tailor of Panama before it, A Quiet American attempts to bear witness to the maxim that all is fair in love and war. For the most part, it succeeds.