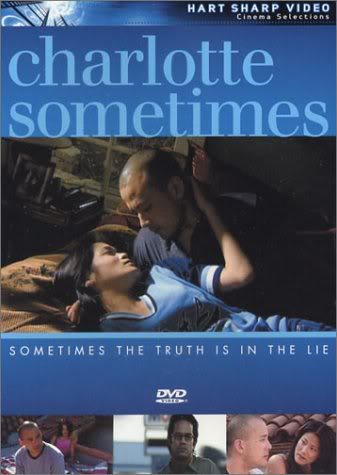 Movies about loneliness are difficult to produce, largely because introspective characters rarely reveal much of themselves, either through dialogue or emotional expression. We watch in vain for some sort of clue as to the character’s inner turmoil, but are usually left with little to go on. No film expresses this dilemma of cinematic presentation more than Charlotte Sometimes, which is populated by a central character who simply refuses to string more than three words together at a time. What’s more, his face is that of a catatonic mummy, which makes it extremely difficult to care about his plight or budding romantic interludes. Of course, a successful film does not require a manic chatterbox, but it helps to have some sort of understanding for why a character is lonely and what that pain is doing to his overall state of mind. With Michael (Michael Idemoto), I’m not even sure it’s loneliness we’re talking about here, but rather pure, unadulterated dullness. Michael keeps his feelings close to the vest because he has nothing to offer another human being, and his lips remain tightly shut because if he were to open them, he would be revealed as a shallow, uninteresting dolt who uses “silence” as an image to confuse others into thinking he’s a brooding genius or something.

The central story – which brings minimalism to a new cinematic low – involves Michael, his neighbor Lori (Eugenia Yuan), her boyfriend Justin (Matt Westmore), and the mysterious Darcy (Jacqueline Kim), who ends up as a temporary girlfriend to Michael. Lori is Michael’s tenant, and she has a deep affection for Michael, although her visits across the hall involve nothing more than cuddling and falling asleep while watching movies. She always comes to see Michael after having noisy sex with Justin, which bothers Michael, although he never says anything to her about it (but he never says much of anything, so I’m not sure that means very much). Michael seems to love Lori as more than a friend, although I can’t imagine why, as Lori is one of the most vapid and irritating characters I’ve seen in years. And more than that, because I have experience in such matters, she’s one of those hateful bitches who flirts, snuggles, and spends a whole lot of time with you, yet won’t let you have your way with her in the sheets. Fuck her! That no-good, rotten whore, goddamn……….Sorry, let me return to the present. Performing what she believes is a good deed, Lori sets up Michael with Darcy, although the set-up is played so that Michael thinks he is meeting her by accident.

Michael and Darcy have “dates,” although nothing really transpires when they are together. They have no real conversations, learn nothing about each other (except that Michael is a mechanic in the family business, which is obvious given that he is at one point wearing his uniform), and sit around looking deep and soulful. Darcy wants to have sex one evening, but Michael turns her down because he says he wants it to mean something and would rather get to know her better first. I never thought I’d hear a man say this in a movie, but that’s how out of touch with reality this film is. This guy isn’t lonely; he’s fucking insane. Is he secretly longing for Lori and doesn’t want cheap, meaningless sex with a stranger to ruin that idealized love? Whatever. I didn’t buy it and neither should you. Even people struggling with inner demons and a lifetime of pain can get it up in the presence of a willing female.

At any rate, the movie proceeds like this for almost 90 minutes, with nothing much by way of drama ever occurring. Michael and Lori are cuddling again as the movie ends, and we learn that Darcy’s name is really Charlotte, which explains nothing except the title. Is she like, so wild and crazy that she assumes different identities in order to escape from herself? Is she too a lonely soul who needs to find the truth at the heart of her pain? I can’t tell and what’s more, I don’t want to know. These people irritated me from the outset and I can’t imagine any of them finding anything except the cool end of a loaded shotgun. Dull, mindless people do exist in this world and yes, they have stories to tell, but they might be more appropriate for the analyst’s couch-not the silver screen.