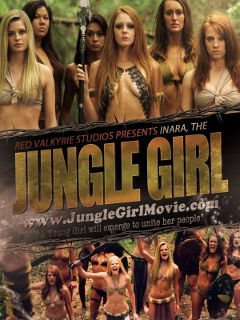 Nobody you've ever heard of.

So you’re going to try this bolded question format that everyone else keeps using?

Apparently. I already feel ridiculous responding to a question that I typed myself, but this format is the tried-and-true method used by Matt in his infamous Shithouse. If any of the movies I’ve reviewed for Ruthless Reviews so far are candidates for that hallowed ground, it’s definitely this one.

It looks like there are breasts in this movie. Could it really be that bad?

They’re never exposed. Female nipples are a horrifying sight to the director, so they are kept covered at all times. Don’t worry, though, they have plenty of whitebread contemporary rock music on the soundtrack to make up for it!

The acting is also terrible for the most part. Line deliveries have delays approaching K-Stew in Twilight 1 territory. There’s some decent overacting in the pre-credits sequence and in a few other spots, but that’s about it.

Why didn’t they just make this an adult film?

I’ll admit that I spent most of my time watching this movie waiting for Winston Burbank’s penis to enter the frame, fully erect and ready for action. I mean, when the writer doesn’t understand the difference between “couldn’t care less” and “could care less”, and makes this mistake twice in a single scene less than 15 minutes into the picture, it’s hard to take any of the following events seriously. Add to that the fact that the budget for this was probably less than that of an episode of Mama’s Family (inflation adjusted) and it’s hard to understand why this film was even made. Did they really think the story was that interesting?

So what is this movie about? Explain in your own words. Cite examples to support your thesis.

Inara is a jungle girl who lives in the city. Her father recently died and she’s upset. She’s really descended from some tribe of Amazons that live on Warrior Island, or Asgard, or something. So she’s super powerful and badass! Her father killed some mercenary guy’s father in the pre-credits sequence and he’s still upset about it. She ships off to Asgard with the mercenaries for no real reason, joins up with the Amazons, and saves them from the evil military men. I think. The 84 minute runtime is padded out with countless music video montages, along with a full minute devoted to eating pizza. God, I love DTV movies.

And none of the Amazons ever whip them out? Really?

They don’t even have any dinosaurs on their island! Worst natives ever.

As a white person, this is the most embarrassing movie I’ve seen since Out Cold. Now, I didn’t see Out Cold when it came out, so we’re only talking about a time period of about two years here. Still, I’d like to apologize on behalf of white people everywhere for this movie. Watching this film was like taking the scene in Out Cold where Sugar Ray’s “Someday” was used as a romantic song and stretching it out to an hour and twenty minutes. I’m so sorry for this. We know not what we do.

Wait, the director’s name is Patrick Desmarattes. Is he white-white, George Zimmerman-white, or neither?

I don’t pay attention. There’s white people on the screen. Nobody orders a chimichanga at any point. It’s white enough for me.

Anyway, why does the military want to invade Asgard again? And isn’t Asgard where Thor hails from?

I guess they’re mercenaries hired by a private company, not official military. Moving on, the island “Asgard” has the greatest concentration of natural resources in the region! The island is also shielded by some mysterious EM field like the one from Lost. The mercenaries’ mission is to land 20 miles southeast of wherever and establish a base camp. You know, one of the standard early missions of any of the campaigns in Warcraft III. Predictably, they screw it up when the helicopter crashes and kills everyone on board except for Inara. This is why you spend the big bucks on multiple Goblin Zeppelins, folks.

Everyone dies except Inara? That’s convenient.

Well, they’re all laying about with Inara when she wakes up after the crash. She even punches one of them in the face and he does not awaken. However, later in the movie, some of the same gentlemen from the helicopter appear to be part of the company of mercenaries that invade the Amazons’ territory during the finale. Incompetent filmmaking or incompetent filmwatching? I don’t even know anymore.

I’m on the edge of my seat reading this description of the plot.

You know how most bad movies drag in the middle? This one actually stops in its tracks for at least 20 minutes. I swear to God, nothing happens. They fade out in about three successive scenes because the filmmakers realize that they’re every bit as bored editing this shit as the audience is watching it. Inara walks through the forest. Inara is choked out by an Amazon. Inara is carried by the Amazons to the main Amazon encampment. A long tribal dance scene ensues. And, again, at no point is a nipple seen. I had the voice of God from Monty Python and the Holy Grail in my head during all of this. Get on with it!

Yes, I know you did.

Because I’m you. Don’t you remember?

Why do you think this movie sucks when you openly endorse things like Starcrash and various SyFy Originals?

Well, Starcrash isn’t boring, and the people at SyFy and The Asylum are smart enough to splash hilariously terrible CGI monsters all over the place. They also dig up people like Lorenzo Lamas; you know, people whose careers peaked twenty years ago on the USA Network. In other words, actors who pathetic movie geeks like me idolize for no rational reason. But Inara The Jungle Girl has none of this. It’s just a failure on all fronts. I know Inara has nipples, because her right nipple was hard and visible through her green shirt as she was laying on her back in one scene. Why are we not shown the nipple sin ropa? Why?

I think you’ve been thinking about this too much.

So does this shit ever end?

There’s a whole two minute long fight scene with toy machetes. Inara is decked out in her fancy bikini outfit, which she traded in her Lara Croft outfit for. By the way, it’s hilarious that this movie rips off Tomb Raider when it’s at least 100 times worse than Relic Hunter. Yes, that is an accurate mathematical statement. Anyway, Inara turns out to be the daughter of the previous queen of the Amazons, and she becomes their new queen at the end. Then she looks at a bald eagle that was flying around in some pointless footage that was spliced into the movie earlier. He returns to soar about once more before the credits roll. I’d thank God for the movie ending, but the credits are inundated with cutesy behind the scenes nonsense. Inara does a cannonball while white people music blares on the soundtrack. At least it’s officially over. We can all move on with our lives now.

Did you learn anything worthwhile from this film? Or was it a complete waste of time?

After careful examination of the closing credits, I’ve determined with 97.2% certainty that the director was having sexual relations with the actress who played Inara. I know, it’s a shocking revelation, but there’s really no other way to explain the inclusion of all that LiveJournal-esque footage of Inara’s vapid smiling. So, just so you know, “Patrick Desmarattes” and “Cali Danger” most likely fornicated on the set of this movie. Don’t say you never learned anything from these reviews!

I still don’t get the bald eagle thing.

It’s because you hate America.

Is that it? Are you done here?

I’m never done. It’s never over. This is my quest. If I didn’t write a review like this, someone out there might actually think that Inara The Jungle Girl was a good movie! This is important work. I’m Mother Teresa without the canonization. You’re welcome.