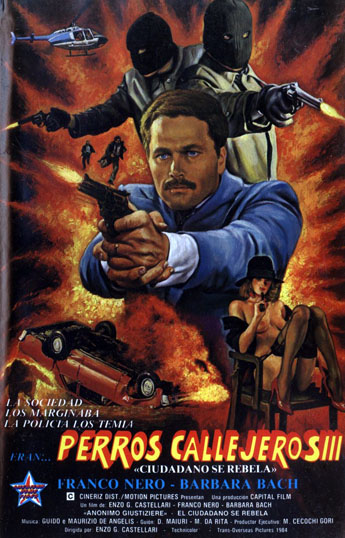 Armchair vigilante discovers that payback comes at a price.

When there’s no one else to turn.

He’s Back Blasting Death And Destruction.

No, and it was very talky. Fortunately, you’ll have no trouble at all following the plot if you’ve ever seen a Charles Bronson movie. Or a ripoff of a ripoff of one. 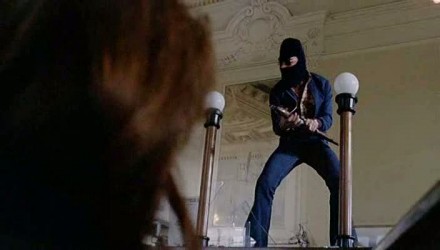 Franco Nero stars as Carlo Antonelli, an ordinary citizen fed up with the rampant crime and the indifference of the police. After being savagely mugged during a bank robbery, Antonelli decides to collect evidence against his assailants by blackmailing Tommy, a low-level thief (Giancarlo Prete). Grudgingly, a bond will develop between the two men…

None that I can think of… no, wait, there’s this: under coercion, Tommy takes Antonelli to the squalid apartment of a female informer. When Antonelli begins to question the woman, she steps into a dimly lit room and starts to undress. As Antonelli realizes that he’s been duped and runs away to catch the fleeing Tommy, the prostitute follows in her underwear screaming insults and curses, and righteously protesting that she’s a professional. The scene wouldn’t have been out of place in Bicycle thieves. 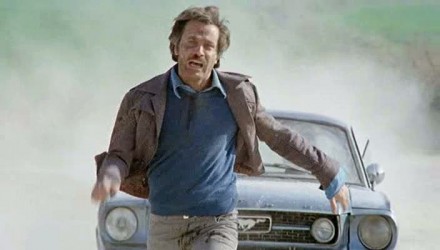 The bank robbers use two elaborate methods to pose a threatening menace: kicking the shit out of anyone in their way, and going out of their way to bump into people. Outside their hideout, one of them repeatedly hits a bruised Antonelli before pushing him off a ten-meter cliff. With a Ford Mustang. During the climatic confrontation, they shove Tommy’s head through a glass window, throw him down some stairs, and then use him as sniper bait for Antonelli by putting a bullet into his limbs every few seconds. Pretty rad, though not the best idea if the baited guy already knows your location and is waiting for your next shot.

Antonelli’s wife (cute Barbara Bach) is unable to understand that her husbands’ crusade is as much about civic duty as about restoring his male pride. When she adds insult to injury by daring to call him a ridiculous big baby (goddamned Internet translations…), his answer is a hard slap. Fast-forward to a few days later and she’s all smiles, even providing him with some starting tips from the newspaper she works for. Antonelli remembers then to make an apology, which she brushes off as if it was a compliment on her new nail polish. Given the context of these movies, I guess she had to be grateful for not being pimped or gang-raped or hideously maimed in front of a relative, but still… 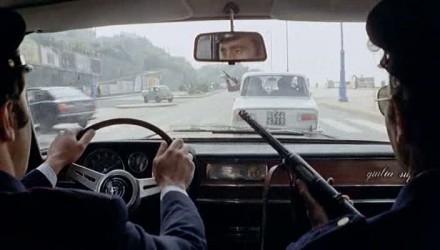 More of the same: the average thief has driving abilities far superior to those of the average cop, police inspectors have no clue about where to start an investigation and most likely don’t give a shit, and career criminals keep working with absolute impunity even if their mugshots appear day in and day out on the front pages. Furthermore, if some regular dude like Antonelli can find the bank robbers by himself, shouldn’t we the taxpayers demand to know what the fuck are the cops doing in exchange for their wages? Isn’t the duty of every inspector to do like our hero and devote his whole life for several weeks to a single case? Yeah, sure, why not. Round-the-clock trash pickup would be nice, too.

Hoping to raise awareness of his fight, and deprived of modern, useful tools like Tumblr, Antonelli fakes his own kidnapping and leaves behind some tapes for the press, accusing the police of indifference at best and complicity at worst. To dispel such notions, the cops start a massive cleanup through the city, raiding billiard pool halls and taking into custody dozens of hookers and pushers, proving that all they need to do their job is a little nudge. See, if only every week a concerned citizen staged his own abduction, the streets would be clean and men would stay at night with their wives! Except nobody would stand three consecutive days of that, wives included. 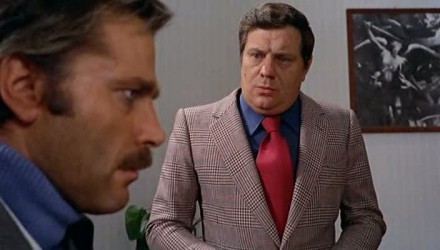 Eight. Very low, especially considering that three of the deaths occurred during the opening credits.

Directed by Enzo G. Castellari (The inglorious bastards, the one without typos), Street law came out on the same year as the original Death wish, and even if the evidence suggests that nobody copied nobody, the similarities are striking. Both films deal with the anger and impotence a victim feels when crime goes unpunished, both present a relatable everyday hero who decides to strike back with his own means, and both shoot themselves in the foot by trying to come up with a realistic take on the idea. To transcend such a topical premise you have to either go minimalist (Vigilante), arty (Sun scarred) or unapologetically, gloriously batshit crazy (Death wish III).

This one isn’t boring or annoying, but Castellari’s flair and sense of style can’t completely overcome the flatness of the script. Half the movie is wasted in montages following Antonelli following this dude or the other around while some crooner on the soundtrack tries to pass off as black (and fails). Antonelli and Tommy end up regarding each other as friends with a common goal, but whatever attempts at nuance are tried in the development of their relationship are too forced and on the nose to truly register. All you’ll likely remember at the end are the spare bursts of action; shockingly for an Italian B-movie director, Castellari actually knows how to use freeze-frames and slow motion. 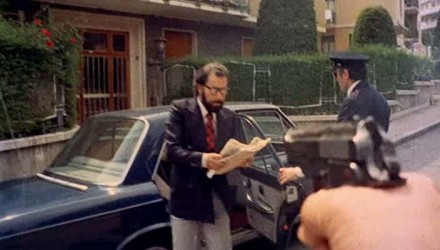 Besides the funky background ballads, Guido & Maurizio De Angelis regale us this time with the dated rock song that serves as the main theme. It works wonders on the opening.