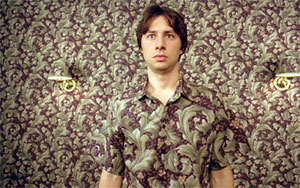 Zach Braff’s stupefying swill pissed me off more than any theatrical experience all year, so it firmly holds the top spot. From the grating, phony characters to the painfully self-conscious script, I was always aware that I was watching some smug kid’s assumption of what art houses would love to see on screen, narrative be damned. So contemptuous, so vile, so insipid, and so heavy-handed in its calculated sweetness, that it set new standards for what is becoming the only type of independent film left, I’m afraid — the “colorfully quirky.” Pure garbage made that much worse by Braff’s belief that it’s art. 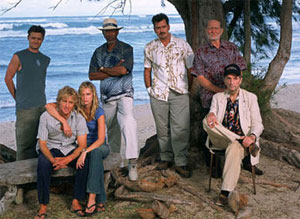 Ahh, the inspiring Elmore Leonard; the man who never met meandering bullshit he didn’t like. As for the film of what is surely an unreadable novel, it barely registers, as the cast is clearly too busy lounging on the beach and sipping beer to care. I guess there’s a crime caper of sorts, but it’s all so sloppy and half-assed that I doubt anyone would go on the record with further details. I’m all for guilty pleasures and mindless fun, but any film this lazy and uninspired is only about making money and showing absolute contempt for the audience, as small as it might have been. 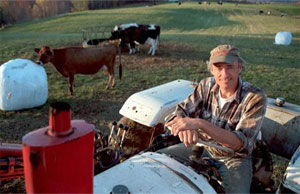 The sort of propaganda unseen since Frank Capra’s Why We Fight series, and for good fucking reason. As a way to counter the treasonous Michael Moore, this film was released by Disney to convince Red America that it was not only superior to the Blue heathens, but actually better than everyone else who has ever lived. Seemingly a tribute to the “little people” who bake pies, fuck only to procreate, and pray to a Christian god, it actually comes off as a smug, self-righteous valentine to the least interesting dullards ever committed to film. But if you believe that crippled, cerebral palsy-afflicted marathon “runners” are the true heroes, then go for it. You’ve been warned. 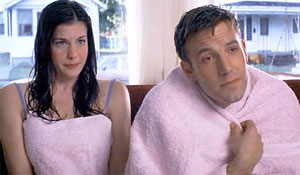 It’s been well established that Ben Affleck is America’s most hateful celebrity (and one most in need of a stray bullet to the heart), and this film is the most convincing argument yet. Or perhaps you should reserve two bullets, for director Kevin Smith has now wasted whatever good grace he earned with the overrated Clerks, which might as well have been made 500 years ago. As for this piece of overripe shit, it actually takes its predictable, cliched, sentimental tale seriously, then asks us to cry with Ben as he bonds with his obnoxious child. A film so insipid and so by-the-book that it actually asks us to accept a conclusion featuring a school recital and the infamous “slow clap.” 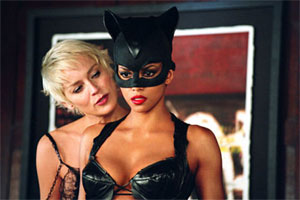 Loud, obnoxious, unrelenting, and so dull that I would have fallen asleep had that jerk-off in the theater not been more entertaining to watch than the film itself. Directed by the legendary Pitof (one can only imagine what else this computer program has up its sleeve) and starring Halle Berry in the worst performance given by an Oscar winner since Al Pacino manged to win the award for sadistically grinding the audience down for 2 1/2 hours. Even for a comic book movie, the story involving killer face cream is ludicrous in the extreme (what happened to fighting evil?), although it makes sense with hysterical loon Sharon Stone on board as the villain. So bad that even fans of summer movies stayed away in droves.

Christmas With the Kranks 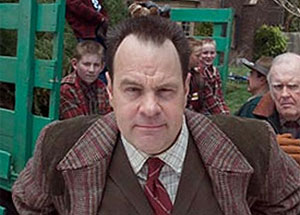 Leave it to Hollywood to “crank” out a fascist masterpiece so close to the holidays, but that’s our “liberal” establishment for you, right? From celebrating conformity to implying that non-Christians should be tracked, shot, butchered, and sold as scrap, this is everything I hate about the season packed into 98 of the most hellish movie minutes of the year. And let it be said — Tim Allen has never been funny, never will be funny, and all those who made his un-watchable Home Improvement a hit will one day receive a special surprise from yours truly. Just be sure to open the package with your kiddies around. 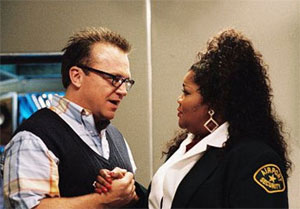 More damaging than repealing the 13th Amendment, and more harmful to the cause of civil rights than forcing the South return to lynching as official policy, this racist, sexist, homophobic hate-fest is even more infuriating because it coasts on its untouchable status. Attach a white director to a project of this kind and Jesse Jackson would be chanting, or marching, or doing whatever the hell he does to keep his name in the papers. Playing with stereotypes can be entertaining if handled with wit and courage, but this film chose instead to take each and every low road it was offered.

The Passion of the Christ 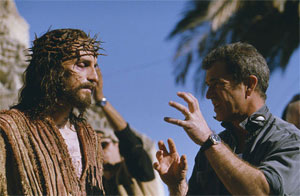 I won’t be the first to offer such an opinion, but it never becomes less accurate — Mel Gibson’s S&M flesh-feast is at once the most homoerotic, anti-Semitic, and unnecessarily violent film ever made. That, and it’s boring, monotonous, and painfully earnest, although hyper-stylized to separate it from the more uptight Ben-Hur school. While I find its theological underpinnings vile and medieval, it simply isn’t good cinema, as it fails to push beyond the “shocking” imagery of watching a stud-in-arms get whipped, gouged, smacked, and kicked with gleeful abandon. Gibson may indeed be richer as a result, but he didn’t get the pogrom he so obviously desired. 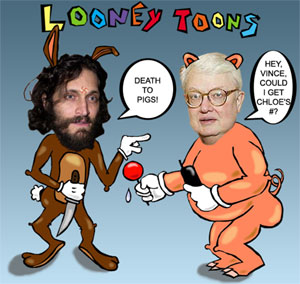 Vincent Gallo’s interminable ode to his own phallus, this is self-indulgent filmmaking at its best or worst, depending on how you want to define the terms. Nothing more than driving, sad songs on the soundtrack, more driving, and an occasional stop at McDonald’s, Gallo practically dares us to challenge his “vision” of the lonely man. Yeah, I could film myself staring out a window for six hours and claim with great authority that I’ve captured existentialist despair, but that’s a far cry from labeling it brilliant entertainment. The famous blow-job is so thrilling because it’s the first time anyone does anything, but when you realize that Gallo just wanted to show off his big stick, the suffocating narcissism takes what little air remained in the room.

The Life Aquatic With Steve Zissou 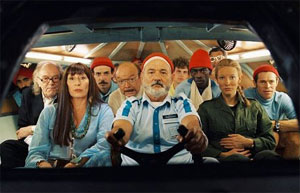 What I said about Garden State could also apply to Wes Anderson’s stinker, but this film is different in that it seems longer and even more boring. Why not higher on the list then, you ask? No reason, really, other than to mix it up a bit and not write the same review twice in a row. That said, I hated every moment of this mess, from the zombie-like performances to the clueless script. One of these days Anderson might decide to actually say something with his movies, or create a character that has a chance of inhabiting the planet Earth, but until then, we’ll be forced to endure his esoteric fantasies and film school treatments.

50 First Dates, New York Minute, Surviving Christmas, What the #$*! Do We Know!?, Tarnation.