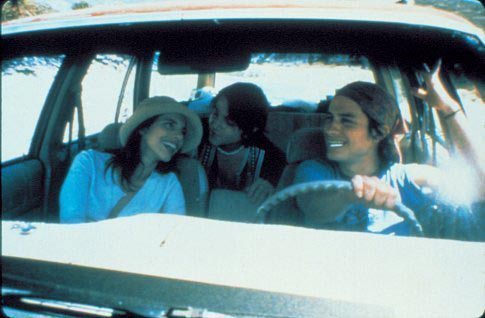 I feel like an idiot. I’m supposed to be this really savvy movie reviewer who knows better than the Eberts and Peter Travers of the world. I’m supposed to be hip and aware and cutting edge. Smart, too. Christ, we even ripped off a Francisco Goya painting for our home page. If that doesn’t scream “pretentious highbrow brilliance”, I don’t know what does. Two years ago, Y Tu Mamá También came out, and not only did I fail to review it, but I didn’t even bother watching it. To quote Mike Watt, “I choked the lay up.” So, in front of all 7,000 of you (based on our “smart” statistics) who will probably get at least this far in the review, I am admitting that I am an idiot.

With that said, I would like to tell all of you to go see Y Tu Mamá También. Stop reading this late-ass review; go rent and watch it. A truly Ruthless movie. Written and directed by Alfonso Cuarón, (His brother Carlos co-wrote it) this film is a long time coming and a major achievement. One that begs the question; how do you create a film almost entirely and ostensibly about sex, yet weave an intensely dark, even fatal – but very, very human – thread all the way through? Y Tu Mamá opens with co-protagonist Julio (Gael García Bernal) screwing his girlfriend, Ceci (María Aura). But this ain’t Just Married, or even American Beauty, where the director is hamstrung by our puritanical and politically correct goofiness. Indeed, the lovers in Y Tu Mamá También joke around while in bed (“I vow not to screw any Chinamen”) but the act itself is shown without any filters: animalistic, awkward, momentarily monumental and ultimately insignifigant. Contrast that with Annette Benning getting her brains fucked out in American Beauty – total comedy. Nor is the sex overly sensual (Think any Michael Douglas flick). Mercifully, nothing in the entire film, from the first frame to the last, is sugar coated for American consumption. 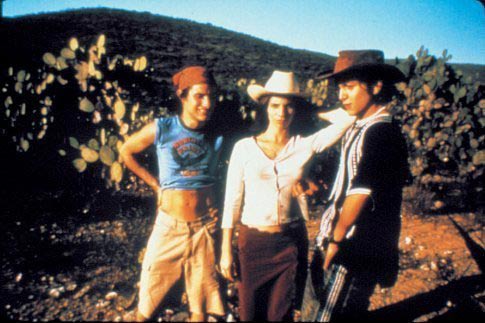 Julio, and the other main guy, Tenoch (Diego Luna), are recent high school grads in Mexico City. Both of their girlfriends have just left for Italy to do some backpacking. Not yet enrolled in University and with no solid plans for tomorrow, the two young bucks spend their nights and days getting high, swimming and jerking off. Tenoch’s father is a politician of some note. He hosts a gala party for Mexico’s wealthiest and most privileged, including El Presidenté. Julio and Tenoch, drunk of course, laugh at how there are more bodyguards in attendance than guests. Enter Luisa (Verdú). She is ten years older than the boys, patently sexy and married to a cousin of Tenoch’s, a pretentious and adulterous writer named Jano (Juan Carlos Remolina). The two boys flirt with Luisa and invite her on a road trip to a mythical beach named “Heaven’s Mouth.” She of course refuses. A few days later, Jano, away on a business trip and very drunk, calls home and confesses that he fucked another woman. Luisa then calls Julio and Tenoch and accepts their invitation. The boys scramble to get it together, since not only is Heaven’s Mouth a fabrication, but so is their excursion. Together, the two boys and the older woman explore much of what is great and rotten about life. Namely, the joys of sexual freedom, and the soul wrenching guilt that sits with it, hand in hand. 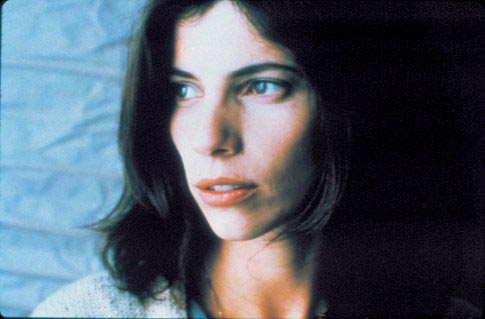 I’m not going to spoil a whole lot more of the plot for you, since I know you’ll be renting this fine piece of filmmaking real soon, or re-renting it as the case may be. I do however, have a few more accolades to pile on. Running side by side with the main story is a sub-plot about the disparity between the haves and the have nothings in Mexico. Countless times on their trip, the three pass stopped cars that are being raided by machine gun toting soliders. Through their wealth and privilege, Tenoch, Julio and Luisa pass unmolested. In fact, they don’t really seem to notice the “others” all that much, even though they are constantly mingling with them due to blown radiators and swine attacks. The main dialogue consists of almost nothing but profanity and the three seem to increase their lasciviousness when in the company of peasants. Mindless braggadocio from the boys about their juvenile sexual exploits and intense, almost cruel cock-teasing from Luisa. The Cuarón brothers were smart enough to include a bone-dry narrator who lets us in on little secrets about all three of them and the sad but beautiful country they are traveling across. This not only dulls the overt sexuality, which in itself is not a bad thing, but manages to make the film decidedly multifaceted and much more intriguing. All the elements gets woven together quite fluidly, almost seamlessly. More than once, I remembered why movies are so magical.

Again, I would love nothing more than to be able to tell you that Cuarón is Mexico’s answer to Robert Altman, a filmmaker who is able to present life’s highest highs one moment and then at the turn of a word drop us down into typical, pathetic human misery. Like when Luisa is telling the boys how she lost her virginity to a young Spaniard who shortly afterwards died. One moment we’re smiling and reminiscing, the next we are horrified. But, Harry Potter is no Short Cuts. It’s not even Prêt-á-Porter. In the end, we should all savor this little treasure of a movie. Sure, parts are maudlin, even heavy-handed, but I’m willing to forgive my little peccadilloes for the greater good of the film. Rarely are movies this free, this moving and this intelligent. Giving it another thought, I might have to become a Potter fan after all.