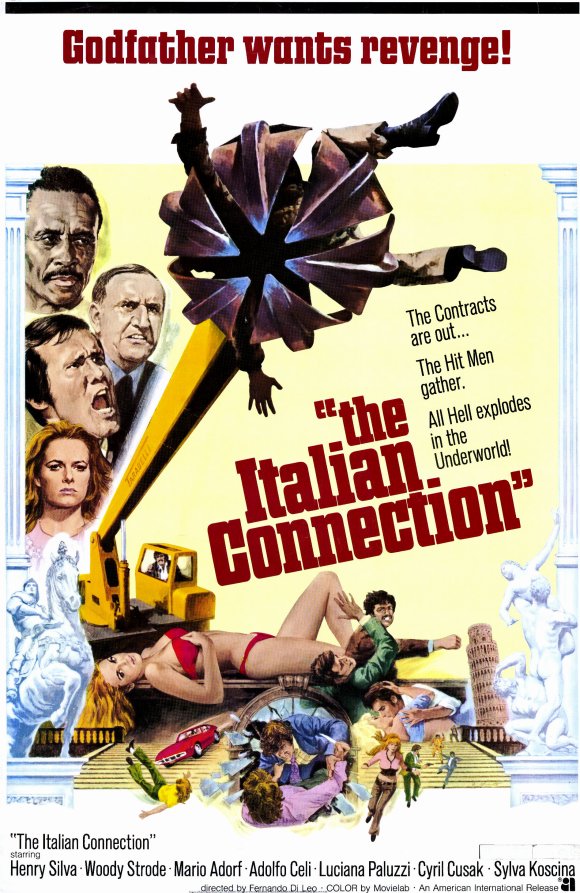 Plexiglas is no match against Milanese foreheads.

The Godfather wants revenge! The contracts are out… The hit men gather. All hell explodes in the underworld!

When Godfather signs your contract… there’s no place in the world you can hide!

After swindling a shipment of drugs from the American mob, the Tresoldi family fingers Luca Canali (Mario Adorf) as the culprit. A disgraced two-bit pimp, Canali should be an easy target to bump off, but nobody counted on him turning into friggin’ John McLane. 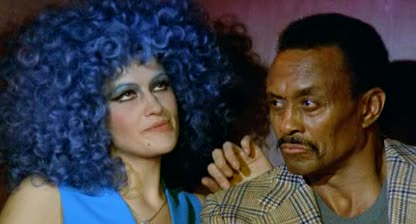 Cyril Cusack has a little speech at the beginning, and Henry Silva and Woody Strode play Dave and Frank, the two American hitmen sent to Italy to dispose of Canali in the nastiest possible manner to set up an example. It’s hard to think of a better casting choice to play a pair of ruthless contract killers, but regrettably they don’t get enough asses to kick until the final junkyard shootout. Most of their screen time is devoted to Silva attempting a human smile to score with the ladies, invariably sending all of them lusting after the laconic, boulder-like and black Strode. Would have been way funnier if Silva had tried to woo’em with his trademark, cadaverous blank stare. Bet he would have been more successful, too. 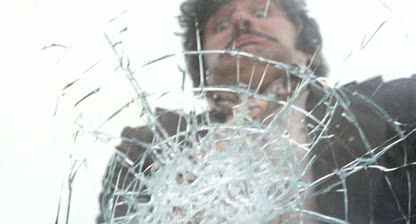 Most of what I wrote about Mario Adorf’s grooming in Caliber 9 applies here, so I’ll refrain from commenting again on his unbelievably glossy hair. In many ways, he plays Luca Canali as the opposite of his character in the previous film, as Canali is an easygoing fellow who opts to offer a genial smile rather than risk confrontation. Of course, everybody he encounters interprets his placatory manners as a license to push him around: when two of Tresoldi’s thugs take him to an abandoned warehouse and he asks one of them what’s all the fuss about, the answer he receives is a loogie in the face. Hell, even Nana (Femi Benussi), his sponsored hooker, is the one who verbally brutalizes him and not the other way around, chewing him out for his lack of ambition while her tits flap wildly around and she uses a certain ingrained Italian gesture. You know, that of frantically moving the tips of the fingers towards the mouth whether or not the word mangiare is pronounced. Nevertheless, being the gentlest pimp in the history of cinema doesn’t prevent Canali from turning into an unstoppable force of nature when he’s pushed too far, and lashing out with formidable, windshield-smashing head butts. That’s not a metaphor, by the way.

Also back from Caliber 9 is the guy with the itching armpit… still itching, it seems. Another killer employed by the mob looks like a thin Super Mario in a white jumpsuit. Not really, but he was great at running and jumping over walls and stuff. And let’s not forget Adolfo Celi’s self-righteous and teeth-gnashing turn as the big kingpin. He may be an embezzler and a liar and have caused the ruin of an innocent man and dozens of unnecessary deaths, but he’s still DON Vito Tresoldi, and don’t you fucking forget it, capisce? Even when trying to postpone his demise by offering Canali his now worthless help, he makes it sound as if he’s the one who’s been asked a favor, not the one hopelessly pleading for his life. And yes, Tresoldi proudly demands, nay, orders to get shot in the heart, which reportedly happened to be Benito Mussolini’s last wish.

I guess I’ve always noticed it, but J&B bottles have a tendency of popping out of the background in these movies. Let’s hope that further research will clarify whether it’s a crass, awesome instance of product placement or if Italians actually believe that slurping Justerini & Brooks is the height of sophistication. 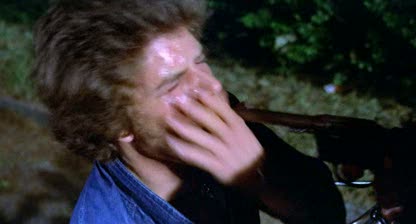 During a street fight, Frank hits some pimp’s front teeth with the barrel of his gun, cutting short his pitiful Virgin Mary! cry. When two of Tresoldi’s minions fail to apprehend Canali, Dave shoots them in the knees to ridicule Tresoldi. Enraged, Tresoldi takes the gun and finishes them off to show who’s the meanest guy, although it could be argued that he actually was merciful for doing so. Canali’s estranged wife and his sick child are cruelly run over by a van driven by Mario (maybe he was Luigi), and despite her avowed wish to collaborate with the mob, Nana is needlessly tortured while the camera cuts to obscene close-ups of a fat gangster (Peter Berling) enjoying the show and licking his lips approvingly. Did you know that Berling played the wannabe emperor in Aguirre, the wrath of God and would go on to play the town doctor in Satantango? How am I supposed to watch those films now and not laugh my ass off every time he’s on screen?

It’s always oddly comforting when a member of an oppressed social group shamelessly spouts hateful and intolerant remarks, especially if those are directed towards members of the same group. The sexual revolution couldn’t fool a hardened lady like Nana: if liberated women fuck with men who are not their husbands, that makes them whores, period. In fact, they’re worse (whorse?) because they charge no fees and are heedlessly denting the livelihood of legitimate street workers like herself. Anyway, with Nana it’s all an act of aggressive and self-pitying nagging to excuse the fact that she’s just lazy, and trick her gullible protector into buying an apartment and putting it on her name, despite the fact that she takes her johns no farther than the beauty shop. Who’s exploiting who, you say? And the movie doesn’t show it, but I’d lay a good wager on her reduced clientèle not being exempt from listening to her exhausting tirades. Not that I would know anything about that… 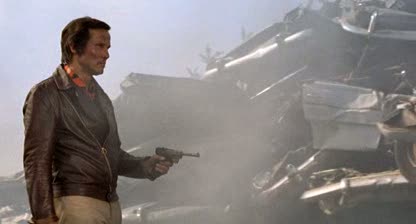 17. And despite a witness’ claim to the contrary, I’m not counting the guy who gets hit in the head with a gun thrown at him.

As if you needed to ask! Fernando Di Leo was instrumental in shaping this genre by merging elements of classic American gangster films with the sleaze and exploitation of his day and country, and Manhunt / The Italian connection is unquestionably one colorful and nicely paced effort. However, he was fucking high when he compared himself in an interview with Jean-Pierre Melville and Don Siegel. The reason behind Canali’s targeting is treated as a mystery for most of the running time of the film, not because it’s hard to guess but because Di Leo keeps muddling the motivations of Tresoldi and the Americans to make the plot appear more complex than it actually is. I mean, it isn’t just that Tresoldi appears befuddled in one scene and confesses in another, depending on whom is he talking to; it’s that Tresoldi alternately claims to know nothing and boasts of being the mastermind within the same rant!

Again in a Di Leo film, there’s some progressive but rather noncommittal political commentary, with the peripheral presence of a bunch of hippies whose biggest goal in life is to smoke some joints and dance partially undressed in what looks like the set of a Maoist-period Godard flick. Instead of chastising their naive worldview, Di Leo seems to look benevolently upon them and their refusal to get involved in the brutal and shady affairs of the adults. Still, it’s sure funny how these movies always take some kind of stand but avoid all mention of the terrorist violence, both leftist and right-wing, of the Years of Lead, just as the words mafia and Sicily seem off-limits when referring to organized crime… 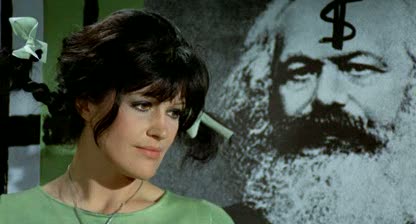 Armando Trovajoli serves up a cheesy ration of funk fittingly attuned to the material, and can you guess what is his solution for scoring long action sequences? Just have the rhythm section replaying the same lines for ten minutes. On the evidence of the insane van chase in the middle of the film, I declare: fuck John Williams.