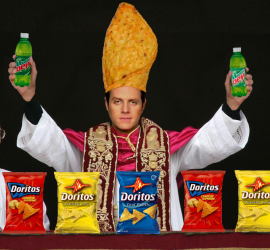 His grace, Geoff of the house Keighley, first of his name, king of the Doritos and the Dew Men, lord of the softball coverage and protector of the Metacritic average, does hereby sentence you to suffer three days of wankery.

Once again, its time for that grand, annual pageant of pandering, the ball of bullshit, the gala of goddamned multibillion dollar companies making the saddest of attempts to pretend they care about gaming culture (lol all day at that fucking term) instead of just seeing walking wallets every time they spot a fedora or hands stained by Dorito dust.

Yea, Electronic Entertainment Expo (E3) is upon us! Its the closest thing our stupid hobby has to Wrestlemania, and its just as chockfull of ridiculousness and homoeroticism (have you seen the beards on the autistic game developers these companies trot out year after year? WOOF!).

E3 2014 runs June 10-12, and you will find me rambling sporadically about it on Twitter, because I love you guys and also because I hate myself very much. Anything as retarded as E3 goes down better with alcohol, so heres the inaugural Ruthless Reviews Electronic Entertainment Expo Drinking Game. As always, check with your physician before playing, and may God have mercy on your soul.

Every time a company trots out a model, athlete, or celebrity to pretend they give a shit about video games. (If you can clearly see the death in their eyes as they look out upon a sea of pasty game journalists, take two drinks.)

Every time you read a clickbaiting op-ed next week by a game journalist decrying E3 as sexist, violent, embarrassing, irrelevant, or needing to grow up. (Dont count pieces by Polygons Ben Kuchera in this tally, or youll probably die of alcohol poisoning, and we want no part of your lawsuits.)

Every time a game is mentioned/shown that the games press clings to as some sort of harbinger of innovation, even though its clear from the first that said game is going to be little more than a genre exercise.

Every time you read a piece or comment next week whining that there werent enough women presenting at E3 conferences.

Any current home console gets a pricedrop or new bundle. 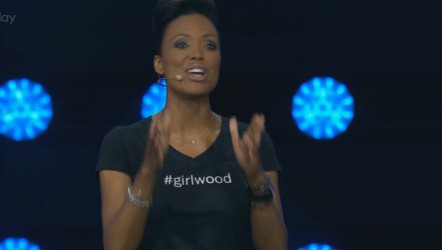 Aisha Tyler refers to girlwood. (A hashtagged shirt like 2013s means keep drinking throughout the presentation.)

Onstage demo glitches and causes the presenter to magically transform into a deer caught in headlights. 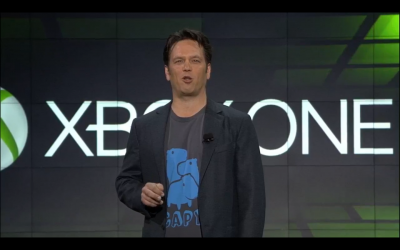 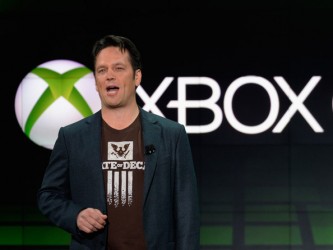 If any publisher throws a giant party/concert for itself that has almost nothing to do with video games.

Every time a game company announces something legitimately awesome that wont be available before 2015 or later.

If something even nearly as awkward as this happens again.

Sony announces Project Morpheus will be available before the end of 2014. 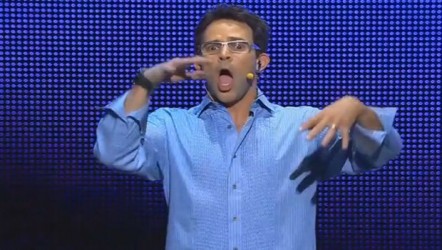 If Sony announces a date for The Last Guardian.

If Valve shows any footage of Half Life 3.

If it becomes apparent Microsoft really does have no retail AAA exclusives left for 2014, other than Sunset Overdrive and Halo remasters.

Cry yourself to sleep:

When you realize youve spent 3 goddamned days of your life watching and following this giant pile of failure.