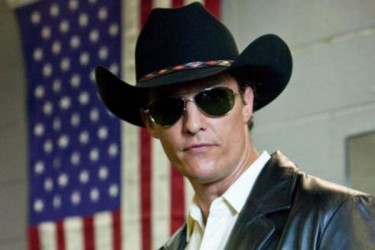 Fair Value of Killer Joe: $18.00- The dirtiest of all noirs in the dirty South, you will need a shower after watching this emotional gauntlet of white trash dysfunction.

Circling the Drain of Masculine Privilege: Chris (Emile Hirsch) is a complete fuckup. A dirt-lipped ambling pusher who’s deep in debt to his supplier, Chris has the sort of scheme that only scum would find appealing: kill his own mother to collect the insurance proceeds. To do that, he needs capital to hire the titular Killer Joe (Matthew McConaughey), and so he enlists Chris’ father Ansel (Thomas Haden Church). However, the alcoholic Ansel and his second wife Sharla (Gina Gershon) don’t have the money to contract Joe, so instead they agree to a ‘retainer’: Chris’ 12 year old sister, Dottie (Juno Temple). Until Joe gets his cut of the insurance money, he’s the king of the trailer, and Dottie is his to do with as he pleases. Chris quickly realizes just how short his end of this devil’s bargain is, as his creditors circle ever closer. 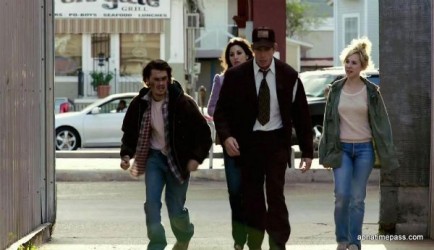 The Smith family- making the Bundy family look like the Cleavers by comparison.

This film is an immersion in the worst parts of misogyny. Women are viewed as economic resources- Mother left the trailer park, so let’s cut her down and sell her to the glue factory. Your kid sister’s virginity is a down payment. When there are complications to the hit, it’s not Chris that gets tortured by Joe. The greatest cruelties in this film are reserved for the women.

Not that the females are much better. They’re only interested in money, babies, or the bottle. It’s a world shown through a patriarchal lens, but a patriarchy based on impotence. Chris and Ansel are both characters with very little power, and so they hatch their schemes to attempt to reassert their privileges as the men of the house, even though they are completely incompetent at honoring their part in an older patriarchal contract. They’re not bread-winners, but parasites, relying on Sharla’s paychecks while loudly complaining about how much they do for the family.

There are no good people in this film. There’s one complaint I’ve previously raised regarding writer Tracy Letts (August: Osage County), which is that he writes every character as a fucked up psychopath. If you want to know what it would be like to live in a world that’s inhabited purely by sociopaths, the works of Tracy Letts will show you what it is like. He’s on ongoing riff on the old Sartre quote about hell. 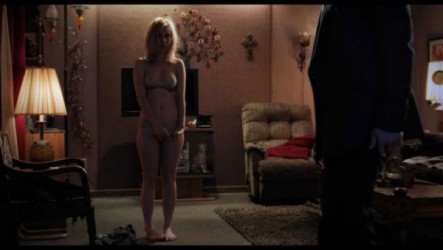 Juno Temple was 22 years old when she made this movie. So you’re not going to THAT special Hell.

Not Just a McConnaissance: This film, along with Mud and Dallas Buyer’s Club, is what forced the main-stream to recognize McConaughey’s talents. It is also a renaissance for the talents of William Friedkin. It has the grime and the sweat of The French Connection and the superlative Sorcerer. As I watched this film, I was reminded of David Lynch (Wild at Heart) and the Cohen Brothers (Blood Simple), only to recognize that many cinematic tricks from those films were used by Friedkin first. The visions, the background television programs setting the tone- Friedkin was doing that in the 1970s. I certainly hope that Killer Joe signifies a return to the lean grittiness that once made Friedkin one of the most exciting directors in the medium. Watching this film made me understand something about Friedkin- he is a script dependent film-maker, moreso than many of his peers. Give him good material to work with, and William Friedkin will make a classic for the ages. In particular, Tracy Letts is a good writer for Friedkin, a director who excels at depicting the venal corners of humanity.

As for McConaughey’s Killer Joe, he’s a potent mix of authority and psychosis, a worst case corrupt cop who is clearly in the job only for the pleasure he gets from intimidating and dominating other people. He starts with an avian stare that covers every corner of the room, speaking softly but firmly. But there’s a terrible light in his eyes as he forces a woman to fellate a piece of Kentucky fried chicken. In the end, he seems less interested in getting his money than he is in forcing everybody to sit down to a traditional family dinner. That spectrum of behavior, between dissociation and the maniacal enjoyment of power, helps to suggest an entire traumatic backstory that is never expressed by a line of dialogue.

Credit is also due to the performances of Gina Gershon, Thomas Haden Church, and Juno Temple. Thomas Haden Church really conveys a beaten down blue collar dog, a perpetual alky who’s numbed through a constant feed of piss beer. Gina Gershon’s Sharla is that terrible kind of witch that you get at the bottom of society, the woman that’s a horrible bitch to others because cruelty is the only remaining power that she can assert. And Juno Temple’s Dottie Smith is an addled Lolita, a true child who never seems particularly attached to reality. I didn’t think that much of Emile Hirsch’s Chris Smith: in his defense, he was playing an abjectly dislikable scum-bag, but it did seem a pretty one note act.

If this film was food, it would be the greasiest, stickiest, spiciest plate of Texas BBQ spare-ribs. You won’t fell too good about yourself for enjoying this sordid drama, but it is an excellent submersion in the id of Texas.