While E3 2013 saw Microsoft get demolished in a massacre that wouldnt have been out of place on Game of Thrones, E3 2014 had a bloodletting of another kind. This year, the entirety of the games press whined  loudly and at length  about violence and sex in a medium that continues to make the vast majority of its money from males. (Guys buy things with blood and boobs. Who would have thought?)

Most specialist press sites participated in this latest round of clickbaiting to some extent, but who bled the most during this years conference? E3 has become the industrys very own World Cup of perpetual outrage, so lets go to the expert analysis!

Gamespot did a decent job of Actually Covering Video Games at this years conference. They had two streams going at all times, with one of the biggest variety of games being shown. Of course, this is games journalism, so it should come as no surprise that Tom McShea delivered a strong dose of pearl-clutching via this piece about why its bad Rainbow Sixs phenomenal stage demo had a pile of woman pixels as a hostage instead of a male pile of pixels. (Protip: Both genders will be hostages in the game proper.) 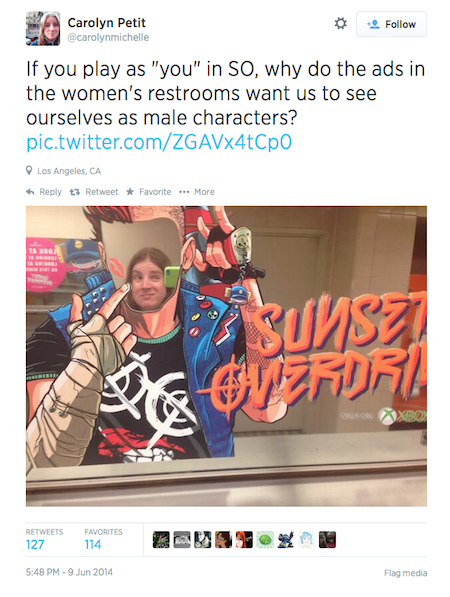 And though its not on the website proper, Carolyn Petit, Gamespots resident SJW/transwoman editor, delivered perhaps the most nitpicky of complaints in a conference full of them when she complained the Sunset Overdrive ads placed on mirrors in the womens bathroom caused lady attendees to momentarily view their faces atop the games main (male) character. I think theres an old stand-up standby that goes as follows:

Guy 1: A biological man who presents and identifies as a woman walks into a bar game convention, and sees that the mirror ad makes her see herself as a man. She instantly gets on social media to cry injustice.

Guy 2: No way that really happened. I have to see for myself. Whats her tumblr? 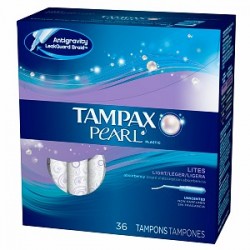 In the past, you could count on Kotaku to be on the forefront of social justice clickbaiting in video game coverage. This year, they took a backseat to other outlets, with Patricia Hernandez contributing but a single phoned-in complaint about white male protagonists. It wasnt a complete punt this year, though  Kotakus rabble-rousing mostly took the form of drawings from its comic artist Elizabeth Simins, who made a series of five doodles to  you guessed it  complain about topics ranging from there sure are a lot of guns and guys to games sure do lead to school shootings. 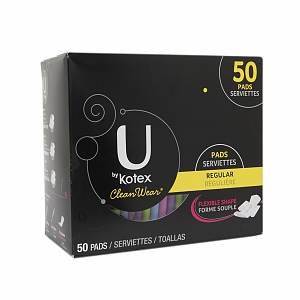 Youd think a site that focuses more on covering the professional happenings of gaming would be less inclined toward clickbaiting, but youd be wrong. Gamesindustry got in on the action this year, behaving more like the rags in the tabloid sector of consumer games coverage than an industry/networking focused outlet.

Top on the agenda was an incident where developers of the next Assassins Creed and Far Cry games made the mistake of being forthcoming and honest with a hostile press. Ubisoft flat-out admitted the lack of playable female characters can be attributed to a lack of familiarity with new development technology, as well as the fact that playable female characters mean you have to go through the painstaking, expensive process of modeling and motion capture twice. When youre trying to rush out an annualized franchise, hey, sometimes things get cut.

Like clockwork, this honesty wasnt exactly appreciated by those who cover these things. Within minutes, the games press had painted Ubisoft as a poster child for everything wrong with the game industrys attitude toward women. Never mind that Ubis E3 presentation has been hosted three years in a row by a woman of color, Child of Light has a female protagonist, The Division and Rainbow Six both will feature playable female characters, and even a past Assassins Creed game featured a slaves daughter as its catalyst. No, Ubisoft didnt meet tumblr quota in this particular game, so out came the long knives.

To hear its own readers tell the tale, Gamesindustry led the charge, posting several stories about this topic within hours. In addition, members of GIs masthead took it upon themselves to head into the comments to lecture its audience on sexual politics in games. Games press types trying to bring religion to comment trolls is nothing new, but when that forum is instead mostly comprised of professionals working in the industry, it comes off as more than a little condescending. 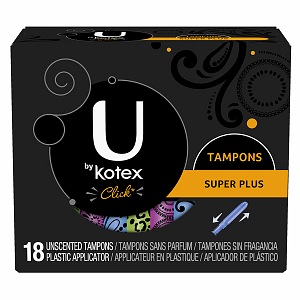 Over the course of the three-day conference, Polygon ran no fewer than ten articles about how E3 and the gaming industry as a whole is a cabal of white men, looking to oppress anyone who doesnt look like them by creating and releasing $60 pieces of entertainment nobody has to buy. And where GI at least managed a modicum of restraint while banging the drums of war, Polygon employed its usual brand of catty, passive-aggressive hipster snark with such titles as E3 trailers  White Guys Rule, I spent an entire day at E3 playing as women characters, and the laughable comparison, There were more severed heads than women presenters at E3 2014.

What does this even mean? What is this meant to prove? Content that is geared toward selling to an overwhelmingly male demographic (and yes, in the year 2014, the majority of $60 AAA titles are still bought by men) is somehow supposed to be a valid metric to measure against the skirt-to-suit ratio onstage? Gee, its almost like these companies get their executives to make these presentations, and its almost like game companies have more male higher-ups than women, because women have historically failed to show anywhere as much interest in playing or creating top-shelf games, going back to the beginning of the medium.

Of course, to understand why so much coverage was given to this (non)issue, one needs only look at this article by Ben Kuchera, a dude whose only job at Polygon is to find and remove things from his asshole before running them as copy several times a week. Published a week before the show, Ben Precog Kuchera declares that this future event will inevitably be violent and sexist. This is what passes for journalism in the gaming industry: A major outlets masthead declaring their hostility to a trade show and then proceeding to look for stories and angles that confirm said hostility. If the games journalism industry continues to go in the toilet, Kuchera can probably fall back on a job with Rupert Murdoch to feed his five kids.

(Thats not a typo. Ben Kuchera  a man who famously, publicly compared touching a Dual Shock 4 with fumbling to grope a tit in the car  has five entries into the gene pool. Read that and weep for the future of the species.)