Plexico vs Fanduel: The Baseballening.

September 23, 2014 by Plexico Gingrich
So, were doing the daily fantasy thing, as affiliates. Were going to do some supplemental material about the product because… well, mainly because Im addicted to gambling. Not really, but I love playing games for money when I think I can win. Also, I hate work. This will be better organized in the future, but for now Im just going to post this stuff along with everything else. If you want to support RR and you want to try these games, signing up through us is tremendously helpful because, the way the programs are set up, we get a piece of your ass for as long as you play on the sites. So if youre playing on Fanduel or Draft Kings 5 or 10 years from now, well still be getting sacks of nickels in the mail. Just click on the banner, and deposit your lifes savings.

Theres a phrase used sometimes in poker: hometown hero. It refers to a guy who wins a lot when playing against his friends back in Indiana and who decides to try his luck in Vegas, where he is promptly devoured.  Its a dated expression, because nowadays people can learn to play well on the internet. However, I feel a bit like a hometown hero as I step into the world of daily fantasy.Im the back to back champion of a baseball league featuring our team of NFL pickers. I also tried a new monthly baseball league at Shandler Park. We arent Shandler Park affiliates, but I highly recommend that site. I made a few hundred bucks there so I like it. So now its time to try the daily game. Since were affiliates of Fanduel and Draftkings, seems like an opportune time to find out if I am a license plate eating wrecking machine or chum. Not that it matters much. My biggest league so far is a $5 buy in.Im starting with baseball, since thats my best sport and my favorite sport that doesnt revolve around small men punching each other in the face. Theres only a week left in the season, so its my only chance to try till next year. I think there might be an advantage here, especially at the lower stakes because so many players are benched at the end of the year. You know there are going to be people in your league who draft players who wont play, which I suspect to be a disadvantage.One of the first things I learned is that when you put the time into putting together a team for one contest, the temptation to enter more is irresistible. Youve found your gems, you want to get some use out of them.  So, here are all my teams so far and barring any late news of pine riding. The last team is my favorite so I entered it in two contests.

For the most part, I chose my teams based on matchups, handedness and home field. I also looked up the betting lines on the games and the over/unders. Derek Norris has a great matchup and was dirt cheap because he is listed as day to day, but the internets says he is playing today. I like Jeter because he’s winding down and while I generally don’t like narrative factors, especially in baseball, this is an extreme case. When you get old, it’s not that your A game disappears, so much as you can’t really muster it that often. Well, now’s the time. And I think that this is such a big narrative, it has to get into opposing pitcher’s heads a bit, especially in meaningless games. Also did you know Jeter is a class act who is the only player who would never do steroids because he is such a class act and that’s why Mariah Carey blahblahblahblahblah? Plus, Ubaldo is pitching, which he can be pretty bad at. Hamels is lethal on the road and facing a demoralized Marlins team bereft of it’s star, neigh sun. 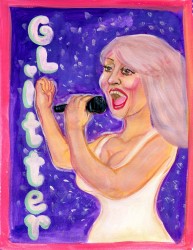 I could go on and on about every play, but really I’m just feeling things out. Surely, everybody knows about handedness and who plays well at home and so on. Fanduel actually tells you about the pitching matchups for every hitter, which some people might find convenient. I dislike it though. I’d prefer to gain an edge over lazier players who don’t feel like looking it up.

Right away, I can see a lot of interesting stuff going on. You’ll probably have different strategies for the 50/50 leagues, where half the people double their money (actually, make 80% of their bet back, because of the juice) and tournament style leagues where the top finishers reap bigger prizes. I imagine the higher the limits are, the more you factor your opponent’s probable decisions into play. A few things to think about already.

Haven’t even mentioned football. I’ll try that later in the week. I sort of regard fantasy football as a giant crapshoot, but maybe that’s because usually do poorly at it. There’s so much more information about fantasy football and so much of it seems blunt and obvious. Where are the edges? From what I can gather, there are people who can beat fantasy football on these sites, so it’ll be interesting to try following in their footsteps.