Kicking our foreign oil habit has been a topic of conversation since at least the early 1970s, when U.S. drivers first encountered the effects of two separate oil crises when they went to fill up at the pump. While the idea of using compressed natural gas as an alternative fuel has been around for nearly 80 years, it was the energy crisis of the early 1970s that sparked serious interest in biofuels and natural gas vehicles. In 1973, members of the Organization of the Petroleum Exporting Countries (OPEC) stopped shipping oil to the United States and other countries backing Israel in the Yom Kippur War – shocking a generation of Americans that believed oil resources would continue to be plentiful and cheap forever. 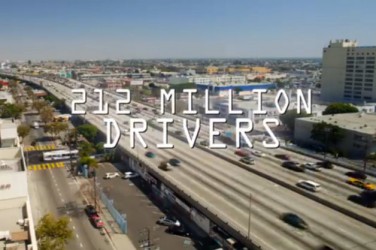 While many other nations worldwide moved to adopt renewable fuel sources, the United States still largely remains tied to nineteenth century power technologies. Even coal has made a resurgence. As the citizens of Brazil, Argentina, Iran, and Italy zoom around in natural gas vehicles, Americans are largely without alternatives to the options offered by Big Oil. In the U.S., you can have any fuel you like, as long as its gasoline. How to become truly free from fossil fuels is a source of national contention. Pump: The Movie positions itself as a champion of choice, purporting to advocate awareness of alternative transportation fuels such as ethanol, methanol from natural gas and compressed natural gas (CNG). With his wife and co-director Rebecca Harrell Tickell, Joshua Tickell set out to spread the energy gospel for the third time, following up 2008s Fuel and 2011sFreedom with this years Jason Bateman narrated piece, Pump.

Suggesting that we never needed to be addicted to oil in the first place, the film traces the convoluted history behind the crippling of the electric mass transit system, the 70s gas shock, and the dominant role oil played and continues to play in our foreign policy strategy. With everyone from Tesla Motors founder Elon Musk to former Shell president John Hofmeister making an appearance, the film also features testimony from Internal Combustion author Edwin Black, and Luiz Inacio Lula da Silva, the Brazilian president responsible for shifting the country to biofuels. Pump is full of talking heads in support of alternative energy sources, but it also moves at breakneck speed, flipping through factoids without allowing time for any of them to truly sink in.

There is nothing inherently wrong with touting the importance of choice at the pump, however the films clever propagandizing covers up the larger agendas of groups like the Fuel Freedom Foundation, from which it obtained funding. The oil-addicted American household, as it was re-shaped and re-invented in the 20th century, has been orchestrating its own decline for years through an unwillingness to examine its foundational, oil-stemming weaknesses. Pump tends to gloss over the fact that there are no immediate solutions from alternative fuels, and Big Oils tentacles run deeper into the worlds energy infrastructure than any of us would like to admit.

Fossil fuels – as both the intended audience and filmmakers know – are unsustainable, and while the film offers electric cars as a distant solution, it primarily concentrates on ethanol as the best and fastest fix for our oil habit. Neglecting to mention the fact that this fuel may be as bad for global warming as gasoline, perhaps even worse, it also fails to mention the energy needed to produce corn-based ethanol and the immense levels of pollution caused by the run off from corns chemical fertilizers. Fracking, a system known to destroy natural landscapes, endanger the health of families, and permanently remove millions of gallons of freshwater water from the water cycle, is referred to as controversial but still much preferable to the evil doings of the oil companies. 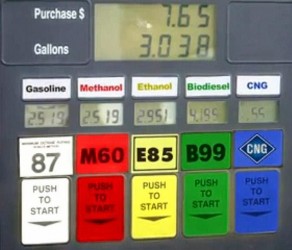 Prices at the pump have built a demand for alternative fuel vehicles, since larger domestic sources of that fuel source mean their availability is not as susceptible to tensions in the Middle East, Russia, or Asia. Natural gas prices and availability have fluctuated little over the past three years, while diesel and gasoline costs are comparatively volatile. Yet if drivers were to make the switch to an alternative fuel option, its still doubtful that would be enough to topple Big Oil from its throne. There is also the fear that biofuels will only perpetuate the worlds addiction to oil – cynics have argued that this system is little different than feeding a heroin junkie a mix of methadone and the drug. Because biofuels can be blended into gas, and the world has much more natural gas left than oil, using fuel in this way could essentially extend the lifespan of the worlds remaining oil reserves and secure a continual place in the world for oil corporations. Greener fossil fuels are, in the long run, hardly a better alternative to the stuff were using now.

The Tickells, despite their good intentions, created Pump as a foundation-funded PR piece under the guise of eliminating Big Oils stranglehold on our economy. Saying we cannot rely on government. We cannot rely on corporations, the film offers a message for both sides of the extremist coin. Occupiers and Tea Partiers alike can get behind the idea that we dont need government to resolve the pesky fuel crisis. The Tickells are wrong here. We do need the government, and corporations, to truly put a halt to our relentless oil abuse. Every aspect of the American lifestyle will undergo dramatic changes if we ever actually commit to kicking crude oil. Never discounting the American spirit of innovation, however, Pump promises that the same inimitable embrace of progress that got us into this mess will drive us to find a better solution. They at least got that part right – fossil fuels may be limited, but creativity is a resource that never runs out.