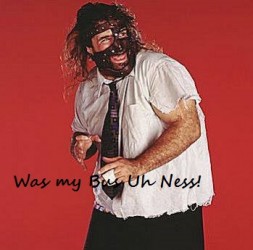 “Mankind was my business!” -Jacob Marley

Also, Please check out all of our always respectful and reverent Christmas Reviews here.

The Christmas season has wound down and the reflection begins. We all have our favorite Christmas movie classics, but what about some of those memorable and Ruthless characters that made the movies what they are? I proudly present my Top Ten Christmas movie characters.

*Honorable Mention* He probably should be included in the Top Ten, but I simply forgot and am too lazy to re-do the list, so the magnificent character of Ralphie as an adult, narrated by the writer of A Christmas Story, Jean Shepherd, is one of the greatest Christmas characters imaginable. His enthusiasm for the situation rivaled that of The Old Man, and was the glue that made this classic the most enjoyable Christmas movie made. 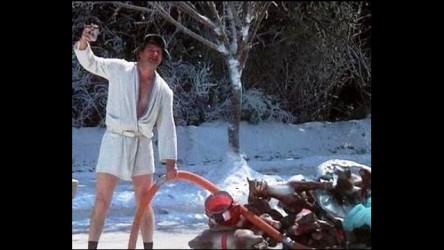 Cousin Eddies heart was much larger than his brain, as he demonstrated by kidnapping Clark Griswold’s boss and delivering him gift-wrapped to the Christmas Eve debacle at the Griswold house. Here’s to Merry Christmas, the shitter was full and that great Charlie Brown cap and blue leisure suit.

9. Ghost of Christmas Present in A Christmas Carol (2009) 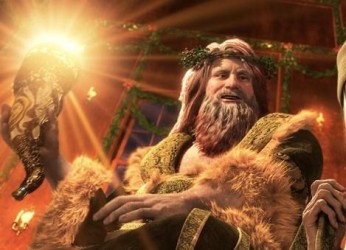 Tall, imposing, terrifying and relentless, the Ghost of Christmas Present in the Disney rendition of A Christmas Carol was unforgettable. The whirlwind tour of the city scape was bodacious enough, but his demise, death and decay was a spectacle that will linger in your memory until next Christmas.

8. Jack Skellington in The Nightmare Before Christmas 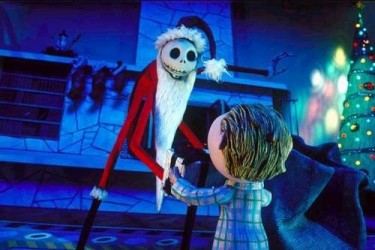 Jack had an itch that he just couldn’t scratch and when he got a glimpse of Christmas Town, there was no stopping his quest to upgrade his own personal holiday. Being both scary and lovable, Jack Skellington remains one of the most unique Christmas Movie characters in this hybrid holiday classic. The Nightmare Before Christmas is one of the best works of animation ever and Jack Skellington is a big reason why. 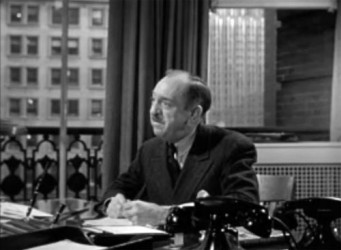 As the only sane cast member in the movie, he instantly recognizes Kris Kringle’s depravity and delusions, and tries to head off lawsuits and chaos by having the manic and deeply disturbed Santa fired. For these efforts as a responsible executive, he is physically attacked by Kris Kringle and publicly humiliated and fired by the C.E.O., all for nothing more than doing his job.Miracle on 34th St. is one of the all time Christmas classics, but the treatment of Sawyer was a disgrace.

All of the Marley Ghosts were memorable and it was tough picking just one for this list. Who could forget the macabre and terrifying ghost from the Disney version or the “I’m not dead yet” Marley from the 1951 classic? The Alec Guinness Marley gets the nod for his glorious greeting and chaining of Ebeneezer Scrooge in his clerk’s office in Hell. “Diabolical” he coos, as he leaves Scrooge to an eternity of not flames, but cold and ice. This scene was the best scene in the 1970 Finney version, and not to be missed by anyone who loves the Scrooge classics.

5. Ralphie in A Christmas Story 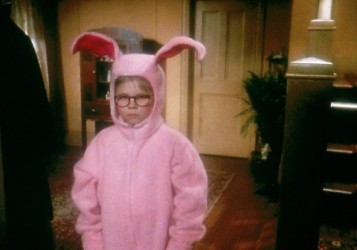 As I mentioned in my review, Little Ralphie was one of the most Ruthless Christmas characters you can imagine. Paranoid and schizophrenic, Ralphie would let nothing get between him and getting the Christmas goods. His life toggled between bizarre reveries and solving real world obstacles, but nothing would derail his goals of getting the Christmas weapon that he so desperately craved. Peter Billingsly as Ralphie was a character that you can embrace for his ruthlessness. 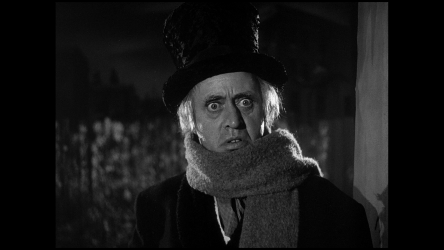 No one acted a better Scrooge than Alastair Sim and that is with the legendary George C. Scott in the mix. This is the best version of A Christmas Carol, and Alastair is why. Throughout the film Alastair portrayed a vast range of emotions and was equally effective as a heartless miser or as a twitching, jerking, non-repentant emotional wreck. He sneered, he snarked, he shamed and he groveled, all with the same incomparable excellence. He was Scrooge. 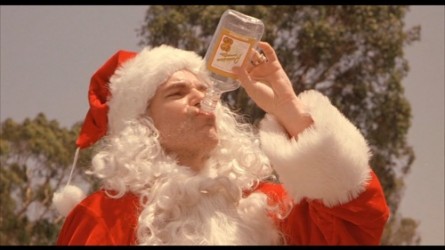 Willie was a hopelessly depressed, suicidal, profane and a deeply misanthropic alcoholic shell of a human being, and that was Willie on his good days. Billy Bob Thornton made Bad Santa what it was, the meanest, vilest anti-holiday movie ever. No one else could have pulled it off, not even Gary Oldman. For anti-Christmas aficionados, this is the movie for you.

The Grinch is probably the most unique character ever and is certainly the biggest Christmas villain in the history of the hijacked holiday. Even though he was thwarted in his plan to steal Christmas, it was inspired and memorable. Even throughout the film and his burglary, we love the Grinch and his sidekick Max. 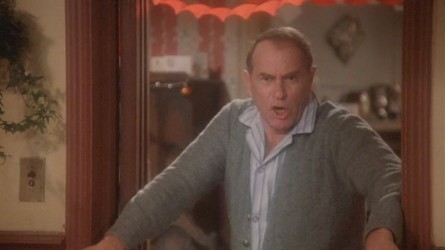 Not only is A Christmas Story the greatest Christmas movie ever made, but the character of the Old Man was the most memorable Christmas character. As the head of the nuclear family, he bellowed, he mused, he grimaced, he wise-cracked, he danced and celebrated, and his enthusiasm for major prizes, furnace and fuse battles and the ongoing war with the Bumpus’s hounds was unparalleled in film history. As a father role model The Old Man had no peer and his look of pride as he caught Ralphie uttering the forbidden F-Bomb was unmistakable. R.I.P. Darren McGavin, you are the most memorable Christmas Movie character ever.