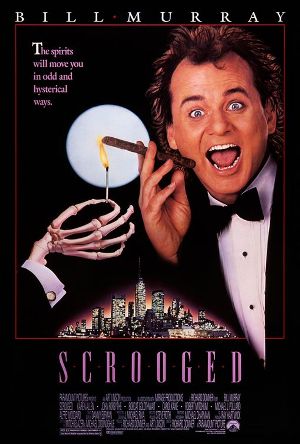 God bless us, each and every one with a bath towel or VHS

Scrooged is one of those “just can’t miss” films that came along with a fair amount of anticipation. Bill Murray seems to be perfect for playing the part of a Network Executive who robotically orchestrates his tasks, and that includes delegating who gets what Christmas present (VHS or a Towel). By now, we are all familiar with the story of Scrooge in A Christmas Carol. Scrooge is visited on Christmas Eve by four spirits. First on the scene is his deceased partner, and then by three other spirits, those of Christmas Past, Present, and Future. The purpose of the visits is to convince Scrooge to reflect on his life and behavior, experience redemption, and to emerge from the experience a believer in Christmas and a generous and changed man. Like the 18th century Scrooge,this modern day corporate Scrooge is a relentless bully and managed to dominate everyone under him with sheer intimidation and fear. 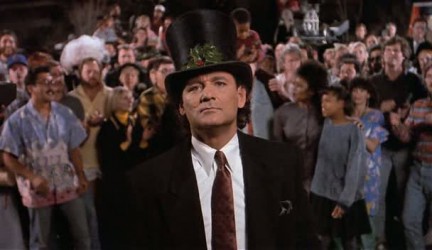 After Frank Cross (Bill Murray) encounters the Ghost of Marley, he stumbles through the rest of the movie, which is a movie still seeking its identity. Scrooged is not a comedy because it is not funny, and it is not a horror movie either. The Christmas Carol Ghosts dutifully took Frank back to his past and back to the set that the company is using to air a live, Christmas Eve rendition of A Christmas Carol. None of the Ghosts are impressive and the ever violent and slapstick interactions between Cross and the Ghost of Christmas Present are annoying and embarrassing to watch. Frank Cross, of course, experiences redemption and he tells us about it in a hard to listen to 10 minute soliloquy at the end of the film. 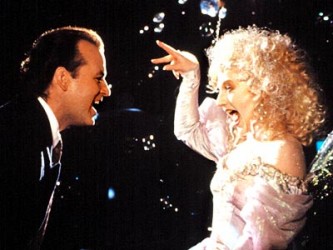 Why did this movie, one with so much potential, fail to excite me? One theory might be that the beloved Dicken’s classic just didn’t transfer well over to a modern setting. Even though the movie did have the original Christmas Carol mid-18th Century setting during the Christmas Eve live cast, the spirit of the original just did not manifest itself in Scrooged. The ultimate reason for the failure of this movie must fall in the lap of the main character, the legendary and hilarious Bill Murray. In almost every scene his lines seemed forced and ineffective. I was never convinced of his sincerity as the movie muddled on to the inevitable conclusion. Not even the presence of the megastar Robert Mitchum made a difference with Scrooged. Bill Murray did not carry this marginal film to great heights, like he did in Groundhog Day or Ghostbusters, but he actually dragged this movie down into mediocrity. I sat and watched most of Scrooged with bored indifference and never felt the power of the Dickens story that I have watched and enjoyed dozens of times. 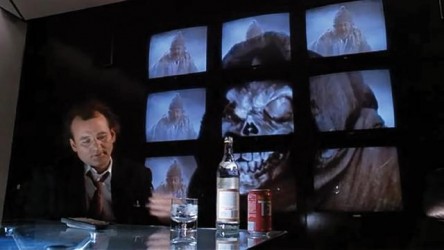 The DVD was disappointing with only the film, scene selections and a trailer.