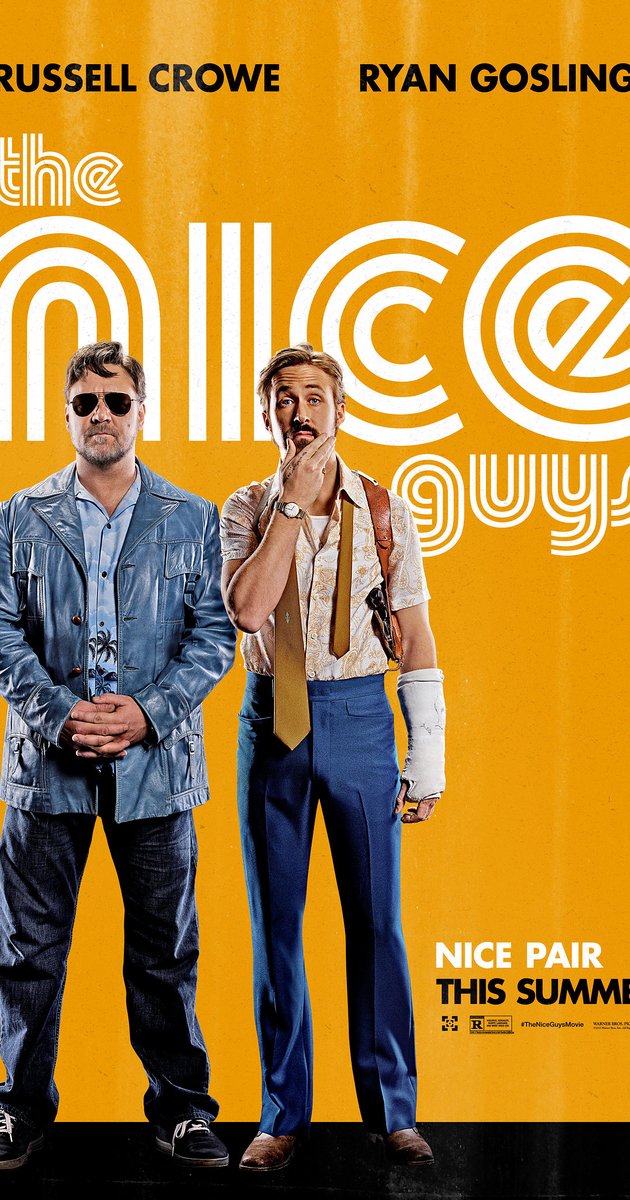 At least Russell Crowe did not sing.

The Nice Guys was a highly rated (7.9 on IMDB and 70 with Metacritic) movie starring Russell Crowe and Ryan Gosling. I was expecting an entertaining movie in the spirit of Lethal Weapon or 48 Hours , but what I saw was more to the tune of Dumb and Dumber. Dumb was a fat, misshapen and bleary-eyed Russell Crowe, who teamed with a failed drunk of a private detective, Ryan Gosling.

The movie was a seemingly infinite series of failed jokes, Jackson Healy beating people senseless and getting beat senseless, again March’s unhappy teen-aged daughter and the mysterious and elusive Amelia. The movie slogged forward, with increasing violence, more non-hilarity and the two inept P.I.s saving the day. I don’t know what was more silly and gratuitous, the needless smashing of vintage automobiles, the exploding cases of Yoo-Hoo chocolate drink, or the tasteless exploitation of adolescents and pre-adolescents who glibly talked about rim jobs and/or the size of their penises.

I haven’t walked out on a movie since I started reviewing them, and never will, but I was counting the moments for this masterpiece to be over. My advice? Avoid. How this mess got so many good reviews is totally beyond my scope of comprehension. Rex Reed (I didn’t even know he was still alive) gave it a big fat ZERO. I concur. 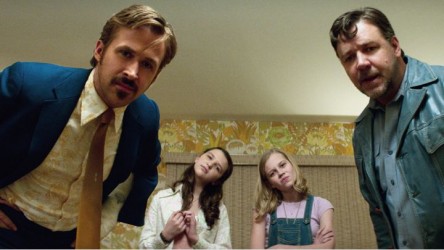