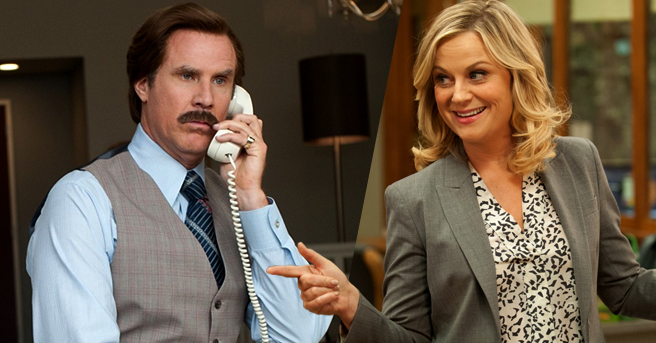 Although this summer hasnt even passed yet, the excitement surrounding Will Farrell and Amy Poehlers new comedy is bound to get anyone ready for June 2017. Before focusing on next summer, we still have a long list of amazing summer blockbusters set to be released this summer. Captain America: Civil War has already been and gone, and it was epic. We have watched and thoroughly enjoyed both of Marvels big releases this year; Captain America and Deadpool, now in August debuts the much anticipated Warner Brothers and DC collaboration; Suicide Squad, which has already rumoured to have had a reshoot to mimic Deadpools dark humour. With actors like Will Smith, Jared Leto, and Margot Robbie all these baddies will surely make a good film. Another big film set for this year which is a series that is making a comeback is Ghostbusters. The difference is this time round its a bunch of kick-ass cool women, very exciting stuff.

The House has a big cast in line that features in this big summer hit for next year with the stars, Amy Poehler and Will Farrell, teaming up to play husband and wife, which is ironic as the two are big players in the comedy genre. The rest of the cast line-up includes Ryan Simpkins (a young American actress, could this be her big break?), Andy Buckley who has been in a long list of films including another Will Farrell film The Other Guys, Andrea Savage who also featured in Step Brothers, starting to see a pattern of actors who have previously worked together. Other comedic actors that will be starring in the film include Cedric Yarbrough, Rob Huebel, Allison Tolman, Michaela Watkins, Frank Garish, Wayne Federman, Steve Zissis and Sam Richardson.

Anyhow, back to House which is set to be released in June 2017. If you like your comedies, Will Farrell and Amy Poehler then this could be the film for you next year. The only plot lines that are known for the moment is that Farrell and Poehler are married and they end up teaming up with their neighbors to create an illegal casino in their basement to earn some extra money. The two couples start the illegal casino after they destroyed their daughters entire college fund, although you should never start your own casino, there are ways to practice your skills with blackjack guides before you hit casino. But then if that was suggested there would be no hit blockbuster to see next summer.

Originally the film was set to be released at the beginning of June, but has now been pushed back right until the end of the month. It was this year in February that New Line Cinema had won the auction for the script of The House which was written by Brendan OBrien and Andrew J.Cohen, both, who have written Neighbors, Neighbors 2: Sorority Rising, and Mike and Dave Need Wedding Dates- which leads many to believe that The House will leave all in stiches, roll on Summer 2017.