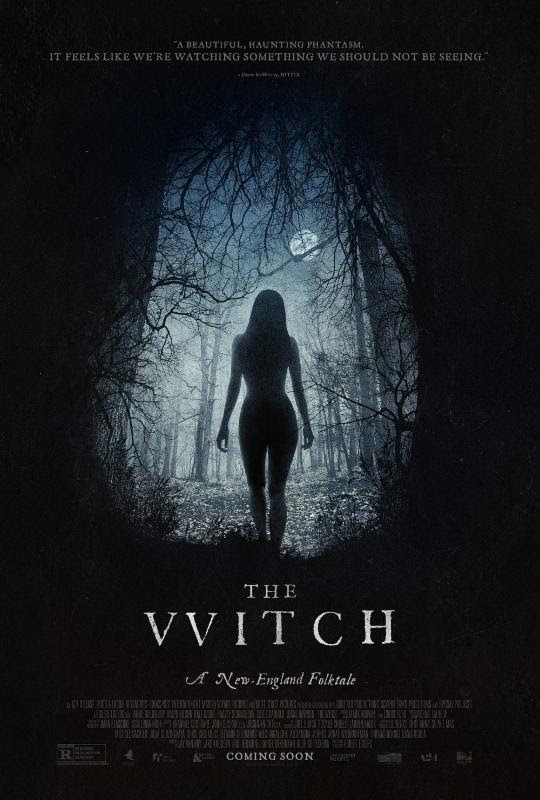 A family in 1630s New England is torn apart by the forces of witchcraft, black magic and possession.

Sitting through The Witch, and long after it finished, I grappled with my reaction hoping to articulate it into a verdict, weeding out customary knee-jerk biases only for resignation to eventually set in. A second viewing was in order. Although it was one more borne out of pure enjoyment, rather than a needy reassurance, for it is rare to anticipate genre film so far out from theatrical release (one year to Blu-ray) and be thoroughly rewarded. The Witch is a daring piece of supreme craft that is well acted across the board, an impressive coup considering four of the principal cast of six are children untrained in old English and their assigned roles, with a goat in tow in a special appearance. Results as such simply do not coalesce without a competent taskmaster helming the collective. In one fell swoop, we are taken from one family’s exile from their New England settlement in 1630 to a new home where their youngest, a newborn, abruptly vanishes into thin air while under Thomasins watch to be presumably consumed by a witch. Or simply to make flying ointment. How a film that wastes no time in revealing its eponymous villain in, essentially, the preamble stage of its run time, can then hope to upstage itself at any point thereafter constitutes wayward optimism. That it manages to best itself, if one is inclined to cynicism, can then be ascribed to beginners luck except Eggers plays his cards with considered restraint, the witch is reduced to a looming specter here on out. It is true, why a newcomer would opt for such a premature tactic could have spelled doom were it not for an assured hand and the very quality of this early appearance. It is so matter-of-fact, shattering any notion of an unreliable narrative to serve red herrings through. 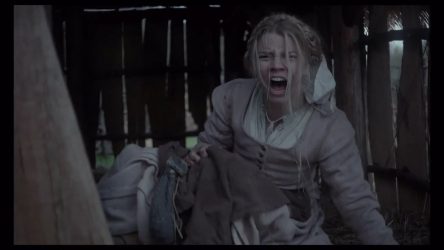 Drawing from a variety of archival accounts, and spoken in an English true to its time, Eggers took such stock in steeping his debut in deliberate authenticity it is immaterial whether he could fit the entire agglomerate of witch lore into one film. Though inspired by legend, it takes creative license to portray one family’s descent into a madness fueled both by the paranoia of future witch hunts and religious hysteria common to the period. As newly arrived Pilgrims too fanatic for their own good, they stand trial in the opening scene to be banished out of the plantation. Charged with heresy by the burgeoning colony’s governor, which makes it no more than a court of public opinion, it is an effective death sentence for the tenderfoot household. It is a ruling the patriarch defiantly embraces as if spurred on by the possibility of his own overzealous offshoot no matter how minuscule. And so the squeaky wheel was greased. When their son disappears it triggers the impetus for sown discord among the survivors. So much for loving thy brother. There is a skillful show of pacing whereby Eggers skips past the dreaded mourning period as we are lead to ascertain several days had passed when William and son Caleb are next seen foraging into the forest to scrape for food. In truth, Eggers would reserve grief to solely the mother Katherine, at least its more outward manifestations. A shrieking, prostrate mess left to pray and cry away her time while the rest resume domestic chores and upkeep. Life in the bush is that unforgiving. 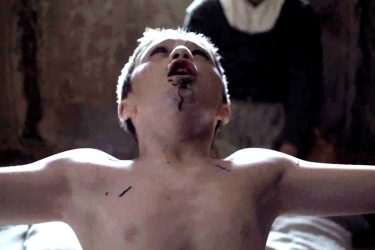 Eggers handles the rest of the film with a similar alacrity that reduces his witch to an afterthought and this allows tensions to pile, threatening to rip the family apart at every turn thereafter. Things go perceptively south. Their harvest yields an infected return so they’re down to their last barrel. Katherine bears the brunt of the baby’s death. So while the rest toil in the face of their newfound subsistence, the household lynchpin has her plate full with something else. This leaves the idling twins, who cannot stop singing about Black Phillip, their menacing goat, talking to them. This precedes a series of random but related events that compound their fright at the frontier of a land sparse of people, populated only by the evil imagined in their heads. The children find their dog dead and gutted during an ill-advised foray into the woods. More so, the witch, then just a fragment of imagination, is bandied about as children’s horseplay at first. A cruel prank by Thomasin whereby its specter is used as if a discipline tool, that days switch, shuts the twins up but only temporarily. Unbeknownst to the children, and most of all, the drifting parents that a witch is lurking close by all along. This chaos is both ornate and simple, layered so thick it is unclear what the next catalyst to emerge is if the remaining sextet is to survive their hell on earth, which, ironically, is what their masochistic blowhard zealotry prescribes to as normal existence. This all culminates in the troupe having their own in-house witchhunt-cum-trial with Thomasin accused as the culprit. And yet far from a whodunit affair, the film imbues shades of demonic possession, Satanism and Faustian deal-making on its march toward a gut punch of a denouement that renders every previous progression a logical downward spiral.