How to NOT be an Idiot of the Poker Room

To misquote the great American writer Grantland Rice, as sporting buffs often say, “its not whether you win or lose, its how you play the game”.

Well many poker aficionados would argue that it is at least slightly about whether you win or lose. After all, that’s part of the point of joining the game in the first place. But certainly, there are stylish approaches to poker play and then there are unattractive ones. You can be an Idiot of the Poker Room, or you can not be one, and much of it has nothing to do with strategy, and everything to do with the way you conduct yourself at the table, whether its a real one or virtual.

Manners, in other words. A lot of it comes down to remembering that you’re playing with real people, not pixels. So here, in the interests of gentlemanly (or ladylike) behavior, is our guide to the dos and donts of poker. Even if you don’t intend to always play by them, they’re good to keep in mind as you would want to piss off others knowingly rather than by mistake. 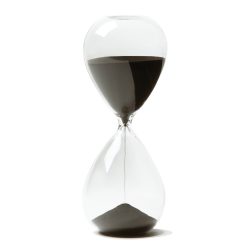 1. DONT waste everyones time. Poker can have social aspects, for sure, but fundamentally people are there to play the game. So avoid holding it up for chitchat or unnecessary dithering: save the dramatic agonizing over your turn for the times when you really do have a difficult decision to make. And for the same reason
2. DO play on a decent Internet connection. Most online etiquette follows the same principles as you’d be expected to follow in a physical poker room, and has nothing to do with technology, but this is a particular pitfall which only affects online players. Again, if you’ve got a slow connection or even worse, if it actually drops it can hold everything up. So make sure you address any connection problems before joining a game when playing online. And still on the theme of holding everything up
3. DO pay attention to whats going on, so the rest of the table doesn’t have to sit there waiting when your turn comes round and you finally start trying to figure out what to do. You really shouldn’t be doing other stuff at the same time. But conversely
4. DONT hurry others along (calling the clock) unless they really are delaying the game unacceptably. There’s a difference between taking time and wasting it, and other players are entitled to do the former to a reasonable extent. Even if it seems they’re holding things up for no obvious reason, ignoring a first offence (or at most making a gently humorous remark) is a more civilized approach than laying into them. Similarly
5. DO wait until its your turn to, well, take your turn. All players are equal: nobody has special rights to distract or interrupt others by trying to butt in with play out of turn.
6. DO make it clear what your play is. Though they’re obviously less likely to happen online than in real-world play, misunderstandings fuel disputes. So, for example: if you’re raising, state that you’re raising. And in similar vein
7. DO put your cards on the table (literally) at the showdown. If you believe you’ve won, let other players see all your cards, not just those that you think have put you ahead. Transparency reassures everyone that you’re not concealing anything, and besides, there could be aspects of the cards you hold that you haven’t considered. Indeed, in general wed say 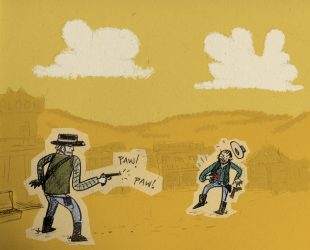 8. DO follow showdown etiquette. This may well vary from venue to venue or site to site, and in a casual novice game nobody should be too upset if someone slips up slightly, but its worth being aware of the idea that there is such a thing as poker showdown etiquette, at least. The showdown can be the part of the game where tensions and tempers are running highest, so its the time when arguments or heated comments are most likely to arise.
9. DONT put your cards on the table (metaphorically) before the showdown. (And obviously, dont put them there face-up literally, either.) This means not discussing your hand or for that matter the cards on the board while the game is in progress. But having said that..
10. DONT misrepresent your hand. There’s a narrow divide between bluffing and outright lying, of course its a standard tactic to give an impression of confidence that isnt really justified by the cards you hold. But its not so cool to lie outright and say you’ve got something that you haven’t. (Besides, another player may be able to tell from their hand that youre being creative with the truth.) Similarly
11. DONT slow roll a crude and cruel form of psychological toying where you make like you’re going to reveal a losing hand, then unveil a winning one. Its just annoying. In fact, don’t play any games except poker itself with your opponents.
12. DONT help out other players, even if theyre beginners making dumb mistakes. Its unfair to the rest of the table; its arrogant; its potentially humiliating to the person you’re trying to help; and it slows things down. Plus, you have to let people learn from their mistakes (and who knows, you might even win from them). 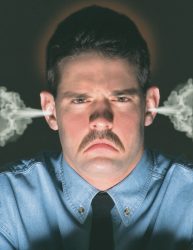 13. DO be nice. Much the same standards apply or should apply to the poker table in real life as we expect in any sort of human interaction. Be friendly without being overbearing, don’t get in peoples way, don’t be aggressive or uncivil, and so on.

Similarly, the same rules of etiquette that apply to online behavior in general should apply to online poker. Its all too easy to forget these principles in the relative anonymity of the Internet, but dont type things in the chat box that you wouldn’t say face-to-face; rudeness and (especially) bullying are just as offensive and hurtful when they’re digital. And its especially dumb to mock a loser remember, that could be you next time.