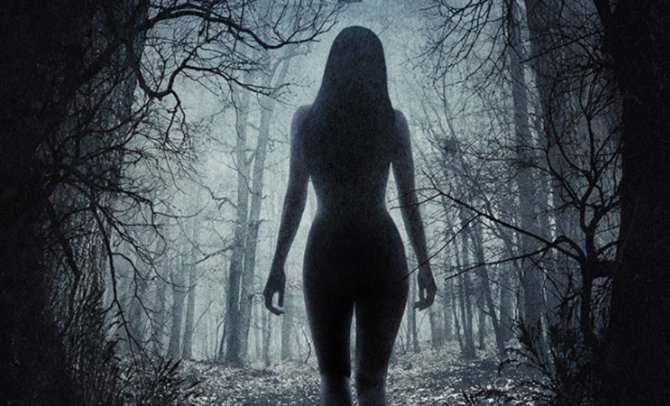 Reviewing a movie called The Witch.

This site still does movie reviews?

OK, so, I heard, that this is a horror movie but that its only scary if you’re smart. But I didn’t think it was scary. For most of the movie I was like, I can’t understand what they’re saying. Where is the titular witch? That chick is hot, I hope shes not like fourteen or something.

Hmmm. I guess that’s true to some degree. The Witch is primarily a slice of life from another time, which is one of my favorite things. The dialog is closely modeled on, and in some cases, lifted directly from writings from people at the time. But setting that aside, its basically a tragic episode of The Honeymooners in a much darker setting.

Sure. One interesting aspect of the story is that the husband and wife are, in a lot of ways, equal. While the father is the decisionmaker and head of the household, the mother seems to have a lot of clout within the family.

So, at the start of the film, the father has some sort of a religious interpretation that he believes is right, even though the rest of their settlement disagrees. Its a version of a Ralph Kramden get rich quick scheme. He figured out some ploy to take his whole family to heaven. So, they are banished and go off to live in the woods by themselves, as part of this harebrained scheme. The wife goes along with it, but the whole plan falls apart. The husband takes her prized possession, a silver cup, and trades it for some hunting equipment, which doesn’t work out so well because he doesn’t know how to hunt. So, he has to hide this fact from her, because she is going to come down on him like a ton of bricks when she finds out. But instead of her being proven right, and him realizing how lucky he is to have her, they all die. 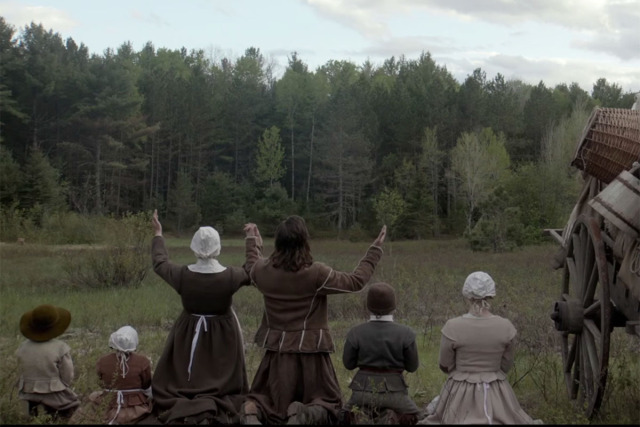 So, when you watch this movie, you’ll know what it was like during Puritan times?

Those things are always guess work, but I guess they came pretty close. What we can see is the darkness and horror of existence back then. Its a really good, so you think you’ve had a bad day? movie.

You: I cannot believe I have to go to the DMV and play with my smart phone in an air conditioned room for 45 minutes.

Them: Welp, I cant catch any food so my whole family is going to starve to death in a shack.

The best example of this is when the daughter sells her immortal soul. Shes promised butter, and the opportunity to see the world. I’m not a rich man, but I could go to the store and buy my own weight in butter. I could make a life sized butter double of myself. I could also buy a plane ticket to any city I like. I could buy two tickets, and have my butter self fly with me. Yet, I don not feel like I have sold my soul and gotten some great prize. It just seems normal.

Wow, so life was harder back then than it is now? I had no idea! You should write a book about that or something.

I’ve got a good mind to slap your fat face.

Whats that have to do with horror, anyway?

Well, their day to day existence was difficult and grim. Death was a constant presence. You would probably watch at least one child die, under your care, and you might even bury them yourself. Plus, you did not know much of anything about the world. All of your learning came in the form of religion, which makes sense because 1) nobody else knew much of anything about the world either and 2) it allows you to believe that after you die, everything gets better.

But that would be too easy. So you make up a religion where theres an excellent chance that you get an afterlife even worse than this one. You can go to hell just for picking the wrong number in religion roulette. Or for being an unbaptized baby. The family in The Witch confronts both of these possibilities and they must conclude that its all part of Gods agonizingly perfect plan. Some of us are tortured forever and some are saved and that’s just the way it is. Perhaps such a horrifying belief system was just a reflection of the difficulty of the time, in that they couldn’t imagine an afterlife of justice and happiness. In our more comfortable times, even the fire and brimstone preachers are almost always convinced that they and their group will go to heaven. Its only the people they don’t like who go to hell.

So you can see why witches killing babies was such a frightening prospect. Or why the idea of people actively aligning themselves with the forces of evil and damnation was such a sore point. Religion offered them some hope, but it was also a source of an even deeper terror than normal life. The movie depicts all of that horror

What about the witches and the talking goat and stuff? Was all that real, or was it just a representation of their fears?

None of it was real. It was all in a movie that someone made up.

You know what I mean!
I guess so.