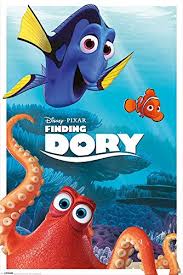 Another finding a fish story from Disney Pixar

There’s this scene in my head when the board and executives at Disney Pixar meet to discuss the success of Finding Nemo and the possibility of a sequel. It goes something like this:

An executive enters the boardroom. Senior, benevolent shareholders are sitting around the table drinking freshly squeezed juices and exchanging kindly grins with faces wrinkled from a lifetime of things going very nicely indeed. A couple of younger people who understand how to make cartoons on their computers are also there. They’re wearing t-shirts that have been washed too often, which is a consciously ironic take on how eye-wateringly rich their talents have made them, especially since two decades ago the same talents would have guaranteed them virginity until their early thirties.

The executive conducts a short presentation with lots of graphs with lines pointing to the sky. This is a brief overview of how an entire generation of children’s enjoyment of swimming sprites who can somehow talk underwater has led to the transferal of a significant amount of their parent’s wealth directly into Pixar’s bank accounts. This is a good thing, and more smiles are exchanged.

The executive then goes on to explain that the studio has decided that to create a direct sequel would be a cynical move typical of Hollywood’s grasping venality- a trend which Disney Pixar has decided to resist by investing in original stories and leaving the iconic clown fish and his reef alone to exist in unspoiled eternity.

There is a short pause, before the room erupts in shrieking, whooping, howls of laughter. Shareholders fall off their chairs, choke up their mouthfuls of Acai-juice, weep openly, slap the table- top and each others shoulders. One or two are actually sick on the thick carpet, spitting up strings of vomit even while fresh bursts of laughter descend upon them. The executive himself is doubled over, gasping for breath, small squeaking noises emanating from the front of his head as he tries in vain to get words out in between further hoots and shrieks. Nothing short of a call to Weeaboo could have generated such excitement.

Order is eventually restored, and its quickly established that the sequel to Finding Nemo will: 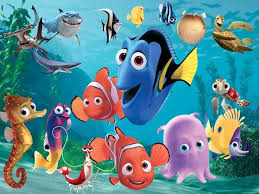 There is an implicit assumption that a story will be written in order to provide some kind of structure within which these demands can be credibly delivered. But its only implicit- and rightly so- since the studio could plausibly take the exact same themes of loyalty and family, change locations, add in one or two quirky characters hastily sketched out in a four minute Whatsapp conversation, then get on with making the thing. But, that would be typical of Hollywood.

I’m not a grumpy twat, let me just get that out of the way. Like 99% of the planet’s cinema-going population, I generally like Disney Pixar and am consistently baffled by their almost unbroken run of absolute quality stories and animations that are beginning to make real life look unrealistic by comparison. Practically every release features an easy blend of humor and compelling, if not particularly deep narrative, always with a benign undercurrent of universal truths which serve as life lessons for children and decent reminders to the rest of us: essentially that being a bastard to your fellow human is typically not a favorable policy to pursue. 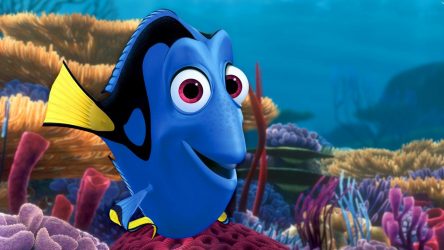 Finding Dory uses its helplessly forgetful protagonist as a method of exploring familiar themes such as familial separation, but also looks at more general topics including identity, the effect of disabilities and the importance of tolerance and understanding in our interactions with one another.

To be sure these are noble ideas to address, although frequently the point is made with such blunt force that its easy to imagine Ellen DeGeneres and her fellow artists curling their toes into the recording studio carpet during certain passages of glutinous dialogue. Indeed, one of the final scenes of the movie (featuring seashells, for those who have already been initiated into the film’s secrets) is so patently designed to suck tears from the eyes of all beholders that its delivered with all the emotional subtlety of a toilet-plunger, and it feels at times that it’s not only the adults, but also the children in the audience who are beginning to be taken for suckers by the studio.

In this respect, as in almost every other, Finding Dory is an almost carbon-copy of its 13-year predecessor, with a minor change in computer code which made the lead fish blue, and unable to retain information. The first time we took this journey with Nemo, however, it was a fresh and deeply charming adventure but this time around the experience feels interminable, with scenes seemingly arbitrarily tacked on until you’re convinced that there is simply no other container from which Dory can be sploshed, tipped, poured or otherwise decanted into yet another body of water. Towards the end of the movie, I found myself wishing that every successive aquatic transfer would see Dory finally landing on the kitchen counter of a bored Japanese chef who just that morning had received a fresh consignment of ultra-sharp sushi knives, and the whole voyage would at that point reach a satisfactory end. No such luck though, and as the action ratchets up towards the end of Dory’s quest, the plot feels less like a coherent train of events and more like a jumbled sequence of manic set-pieces escalating in absurdity until the audience is so dispirited that literally any outcome would be acceptable as long as its over quickly. 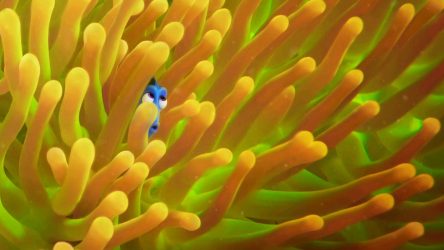 In the final analysis, and continuing my odd boardroom fantasy from earlier, Finding Dory was a profoundly successful movie in terms of all of metrics presumably used by the studio, and probably far less so as far as discerning audiences are concerned. It has made over a billion dollars, set up the franchise for another sequel and continued the almost unbroken reign of success for Disney Pixar. It’s just a bit unfortunate that the same effort in creating a unique and compelling experience that made Finding Nemo such a pleasure to watch was clearly deemed unnecessary this time round. The characters and the audience deserved better, but in Finding Dory both groups ultimately endure a somewhat uninspiring experience in order to deliver a sitting-duck payday for the studio. It’s not that its a bad movie -there is so much out there that is profoundly worse in every way than this film. It’s just that with the talented folks at Disney Pixar behind the wheel, it should have been so much better than it was.