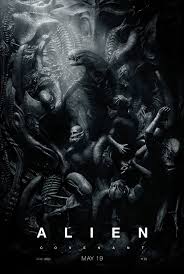 A great use of a mulligan.

After the visually pleasing, but narrative mess that was 2012’s Prometheus, and the continued misses in the video game arena, the Alien franchise has been on life support for years. To be fair, Prometheus turned something of a profit and the critical reception was favorable, but the majority of filmgoers felt as disappointed in it as I was. Throw in the terrible Alien vs. Predator movies and every fan of the series was ready for it to be over. Of course, being a film and Alien nerd, I knew a sequel to Prometheus was in the works, but I was understandably skeptical. Ridley Scott was asking for the (approximately) seventeenth do-over and I was willing to give it to him. Not because I believed he could produce another worthy Alien film, but because his last movie was the fantastic The Martian. So, he teed up Alien: Covenant, took a massive swing, and knocked the bastard right down the fairway.

The main point of Prometheus was to deliver an origin story depicting how the aliens came to be. It was filled with half-baked stories and barely developed concepts that clashed with each other and its characters, leaving the viewer wondering if half the movie was hiding somewhere in Scott’s closet. Alien: Covenant dispenses with nearly everything we saw in Prometheus except for a couple of core components. David the evil android (Michael Fassbender) and the aliens originating from black goo developed by pale-faced tall guys. Let the do-over commence. 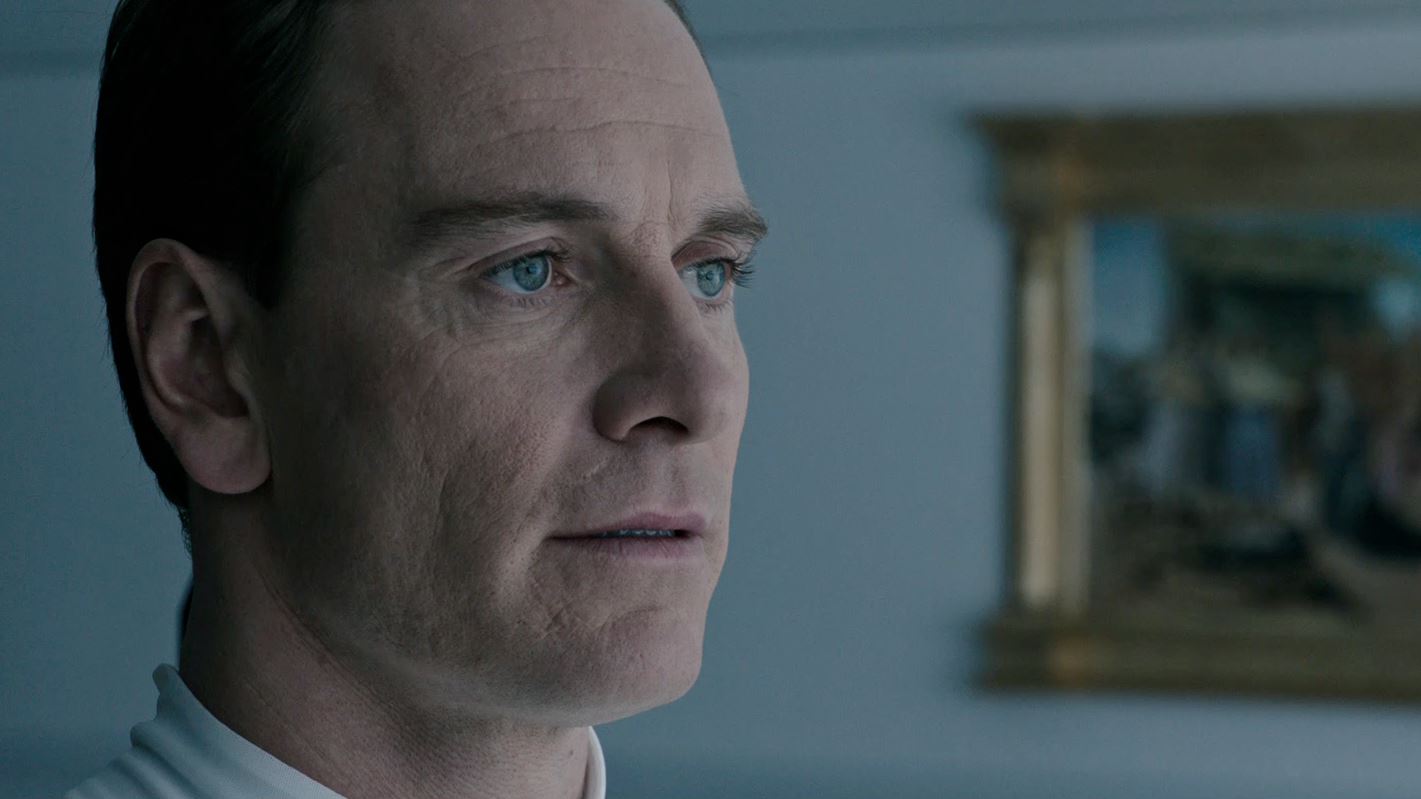 You can stay, you creepy freakshow.

(SPOILERS ahead, but I promise I’ll keep them to a minimum).

Covenant picks up ten years after the events of Prometheus. A colony ship experiences some space turbulence and the crew is awakened to deal with the issues. After affecting some repairs, they discover a radio transmission of someone singing a John Denver song (I swear I’m not making this up) and track it to a nearby planet (relatively speaking). After some discussion in which executive officer Daniels (Katherine Waterston) argues they should continue to their original destination (Origae-6), the rest of the crew point out that Origae-6 is really far away and this other planet isn’t and who wants to go back into cryosleep?

The remainder of the film takes place on the planet (except for the obligatory final fight on a space ship), and there we get into the familiar structure of an Alien movie. Crew members get picked off one by one by lethal aliens, though not the familiar xenomorphs we know and love. What makes the movie interesting is that David is also on this planet and he’s been busy experimenting and evolving the black goo life forms and this is where we get the reduxed origin story. I will say no more, but the creepy factor is through the roof. What I will say is Michael Fassbender should win an Oscar for delivering such a chilling character. On that note, Fassbender also plays Walter, an android manning the colony ship. His versatility as an actor is on full display as he delivers a Walter who is straight-laced, but inquisitive opposite his David. Brent Spiner would be proud. 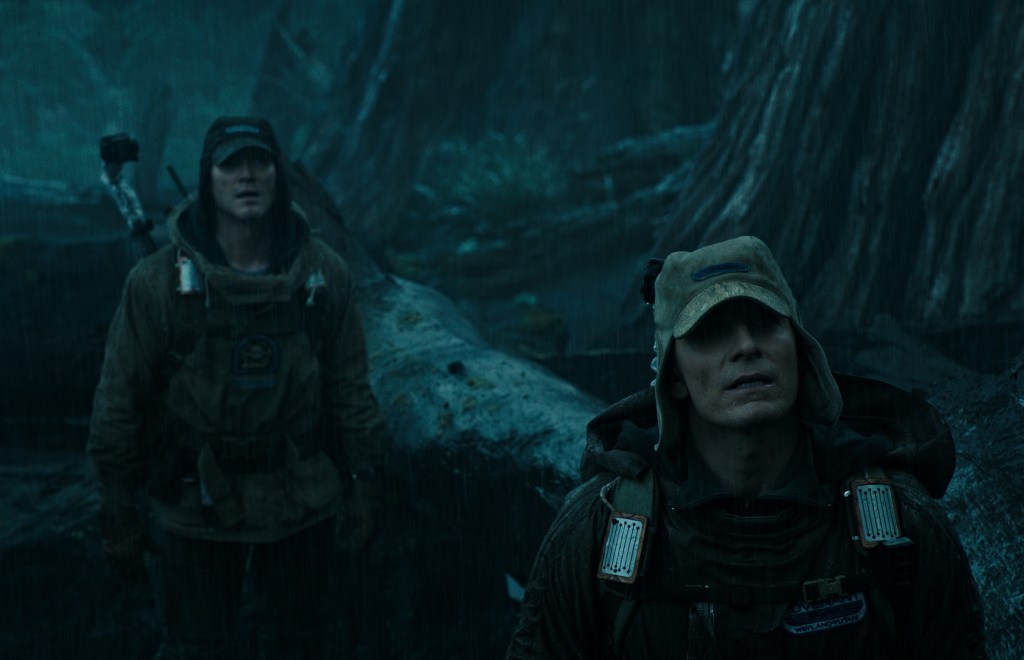 I hope you’re not the evil android. You look really similar.

As strong and tight as this movie is narratively, there are some small technical issues that keep it from being a great movie. One example are the spores that are ingested by the crew members soon after planet fall. Rather than go with them simply ingesting spores in the air, the spores fly around like a little flock of birds with consciousness and into the human’s orifices. This took me out of the film because it felt like Scott and company were trying too hard. More than that was the look of the familiar alien we waited so long to see. It never felt completely there or with any real depth, despite the production including guys in creature suits. Prior to researching, I thought the aliens were entirely CGI, so learning about the creature suits is even more disappointing. What made the original two movies so great and terrifying was how real the creatures seemed. Mind you, I’m only complaining just a little about this, but I wasn’t the only one making this comment after viewing the film. 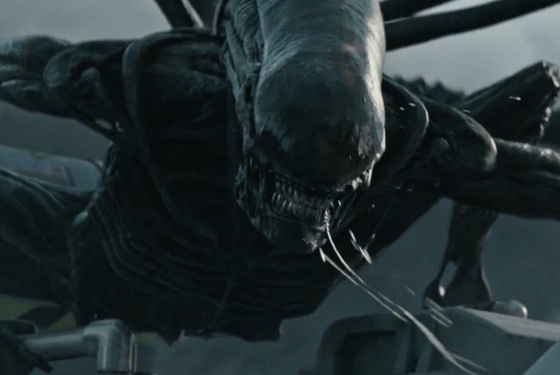 Sure. It looks scary when it stops moving.

Prior to this film, but after screening King Arthur: Legend of the Sword, my friend and I were discussing critical reviews and how they should be received. I know a lot of people love griping about critics, heck, I used to be one of them. But it’s not personal. Think of it this way – you probably will only see five or so movies per year and we are just trying to help you choose. In the case of Alien: Covenant, it’s worth giving Ridley Scott another chance.

Rating: Ask for fifty cents back and breathe that sigh of relief you’ve been holding in for this franchise.