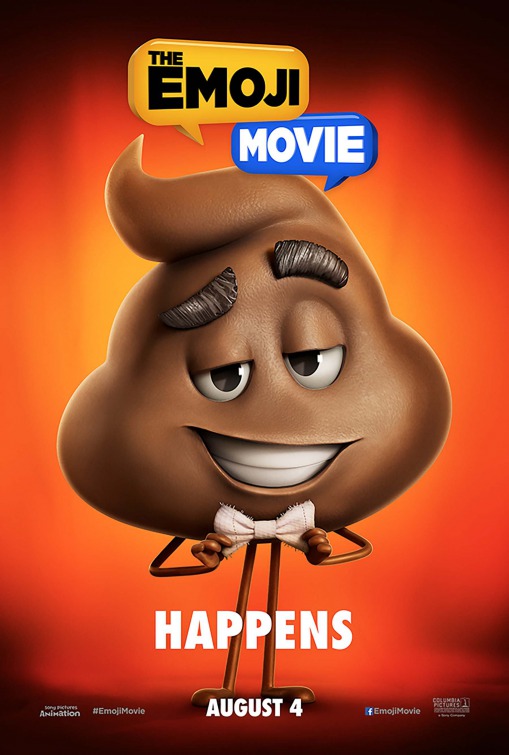 The best proof yet that our species is nothing more than a waste of a good meteor.

Editor’s Note: Sometimes we request that our writers do horrible things. Sometimes they actually do them. The Emoji Movie is rated 1.5/10.0 at IMDB and has a score of 12/100 from Metacritic. Al actually watched and reviewed this awful movie.

It’s around twenty minutes into the feature and I feel the panic begin to set in. My chest is tight, breathing shallow. I find myself gripping the plastic armrests with clammy, shaking hands. A furtive look to my left and right confirms no help at hand: I’m on my own, and things are only going to get worse. But then I realize that at least I knew what I was letting myself in for, which is more than can be said for the poor, innocent children surrounding me. Their brains are being literally devastated by the tsunami of sewage spilling forth from the screen, and the poor, helpless creatures didn’t even see it coming.

Let us rewind for just a second. It is around 3 PM on a blazing hot Saturday afternoon. I’m at a wedding drinks party and the refreshment has been both prolific and enthusiastic. Gripped with an almost delirious lust for life, I slap my fellow revelers on the shoulder and exchange slurred declarations of general goodwill. My phone buzzes, and in a split second the storm clouds have gathered in my mind with the calendar reminder that I recklessly set earlier in the week, when life was simple and anything seemed possible: I am to watch The Emoji Movie. I had even, in some frenzy of self-immolation, pre-booked my ticket. There is no escape. Fate, it seems, has finally caught up with me. 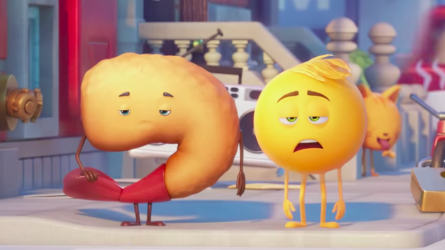 Fast forward an hour. I’m queuing to pick up my ticket, trying not to sway too obviously. As I approach the counter and ask for my Emoji Movie matinee ticket, the clerk sees my sweaty, slightly manic expression and internally registers me as a sex offender. Ticket duly procured, I stagger down the endless corridor of screen doors, then suddenly duck left. The cool, dark anonymity of the screen is a welcome relief from the harsh judgement to which I’ve been subjected in the cinema lobby.

I find my seat just as the trailer for Stephen Kings IT begins. I cant believe my luck, and chuckle to myself at the fate of the unfortunate executive who tagged a horror movie trailer onto the beginning of a children’s animated film. The actual movie begins, and after four minutes of a violent car chase it becomes clear that I’m in the wrong screen and this one is showing Baby Driver.

Take two, and having commissioned a terrified cinema employee to lead me to my correct screen, I finally sit down to the opening frames of The Emoji movie. I’m in an advanced state of intoxication; it’s dark, and I’m surrounded by shrieking and crying children. For a fleeting moment I find empathy with their grief, but then I remember my own predicament and start feeling sorry for myself again.

The film begins, and this is where things get really ugly. Imagine if some veritable fiend in human form decided to gather all of the shameless, grasping venality in the world, pack it into a high-pressure container, then spray it directly into your face with a fire hose. That image barely scratches the surface of this war-crime of a movie. A thin veneer of plot is hinted at early on and then merrily abandoned as the emoji protagonists lurch from one product pitch to another. Everything hurts. Some scenes are genuinely too embarrassing to speak about in public. In particular, the crushingly transparent attempt to create an Emoji Bop meme by featuring it in the movie makes me cast wildly around for a spoon to ram into my retinas. The hits just keep on coming, and Sony’s two core messages are conveyed with consistent brazen clarity: The spongy matter in-between a five year old’s ears is fair game, and no trick is too low or dastardly to get your claws into it.

Bewildered, wide-eyed and with a mounting sense of terror, I’m glued to my seat by the sheer horror of what I’m witnessing. Am I the only one who sees whats going on? Has the whole world gone mad? Yet mercifully I’m not alone. The sound of children shrieking has, if anything, become louder and more insistent – to the point where its reminiscent of the footage of elderly north Koreans wailing at Kim Jong Il’s funeral. The screen, meanwhile, is almost pulsating with animated emojis enthusiastically trading watered-down platitudes which sound as though they were written by a nihilistic, oxygen-starved four-year-old. 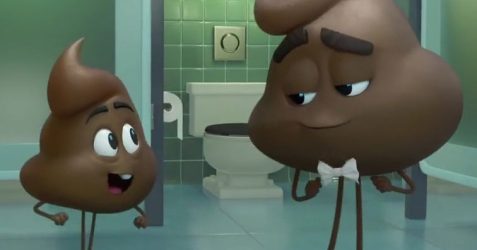 The situation is clearly becoming intolerable for all involved: There’s only so much more a reasonable person can stand. Things begin to go dark, and my mind loses its remaining purchase on the reality of my surroundings, slipping off gratefully into a world less malevolent than this. I wake up some hours later next to the bins behind the cinema, flies buzzing expectantly over my body. I’m broken, yet alive. My future stretches before me like a glorious highway of possibility. Everything is okay.