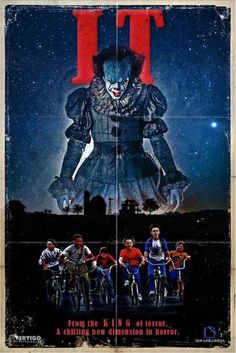 A group of bullied kids band together when a shape-shifting demon, taking the appearance of a clown, begins hunting children.

Fair Value of It: $20. I’m going to go back for another screening when I can find a cheap seat. 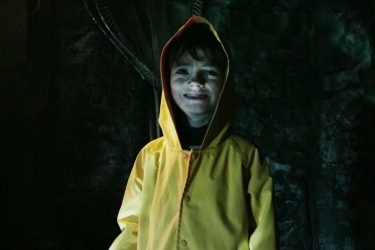 Autobio for the Longform: Georgie Denbrough has always been one of the reasons why I hate the name George. Hes the iconic first victim of Stephen Kings masterpiece of nostalgia and horror, It, a young and nave child who gets his arm ripped off by the titular monster, in Its favored form of Pennywise the Clown. Since I first read the book in childhood (I was a book-worm and a prodigy), I always thought of Georgie’s death as stupid and sad. I thought of how he died, left alone to bleed out on a suburban street, and thought about that being how I might die in the suburbs, hit by a car as I walked the streets without sidewalks, a carrion as casual as the roadkill that I saw. I never wanted to be stupid, to be a sucker, like Georgie. I hated that I shared his name. And then later, I read The Dark Half, and encountered another George (George Stark) to join the long list of Georges that I despised.

Stephen King’s novel It is a churning, visceral slog of a novel. Its the themes of Ray Bradbury with the grit of Ramsay Campbell, an extended meditation on the the interplay of trauma and nostalgia, the borderlands between nightmares and dreams. King himself identified a hierarchy of horror, in his book Danse Macabre, that ranged from disgust, which is a base revulsion, to terror, which is a more elevated, purer form of fear. For all of the quality of his novel, I never felt terror in reading the book; horror at points, but mostly a sad disgust. Derry, Maine is a magical surrealist version of the squalid everyday horror that underpins many American towns; the murder clowns and un-dead children only a means to draw distance from the horror of the mundane which we refuse to countenance.

It is to the great credit of director Andy Muschietti (Mama) that the new film conveys terror, the terror of an evil presence that can be pervasive and seemingly omniscient.

The cinematic It combines a number of psychological tricks to maximize the horror, and therefore catharsis, of the audience. 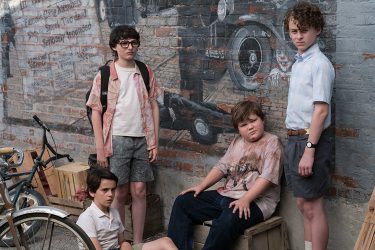 Regression: The film is centered around the Loser’s club, the motley group of friends of Bill Denbrough (Jaeden Lieberher). They’re a mix of neuroses, the standard kid gang: the loud one, the fat kid, the worrier, the minority, the girl. The adult characters show more as obstacles than as person. This framework serves to regress the audience. By spending time seeing the world through the lens of the Loser’s Club, we are ourselves subconsciously regressed to our own personal Loser’s club. There are few children and adults (except narcissists) that do not regard their own childhood cliques as The Loser’s Club, even if they were dominant or popular. So the point-of-view characters serve to set the audience into a less rational, more phobically projective state of mind.

An All You Can Shriek Phobia Buffet- What really gives It legs is that its not any one monster. It can project itself to appear as whatever a person fears. In a typical horror movie, the monster is a take-it-or-leave-it proposition: some people are susceptible to ghosts, others to slashers, others to zombies. It can be all of the above and simultaneously none of the above. And that allows the film makers to run a greatest hits medley of the most common and prevalent phobias in society at large. There’s coulrophobia (fear of clowns), necrophobia (fear of the dead/un-dead), haemophobia (fear of blood), nosophobia (fear of disease) it is likely that one or another of the scenes in It will manage to push your buttons. This amorphousness also introduces an ambiguity of trope, which adds to the fears. The audience knows that werewolves, vampires, and demons all have particular rules. A horror story is a dance of revelation, where we slowly learn (or think we learn- Ju-On) the rules by which a monster operates. But since It is simultaneously everything scary and yet none of them, we, like the protagonists, are left floating in the dark.

Phobic Projection Texas Chainsaw Massacre, Blair Witch Project, Jaws– all of these classics understand and respect that imagination is the greatest engine of fear. That which is shown is concrete, it exists on terms that can ultimately be wrestled and reconciled by the mind of the viewer. That which is un-shown is a psychic space which can be occupied by all of the anxieties of the viewer. Quality horror gives you a dark quiet room where you can finally scream to your hearts content. It primes the audience to be imaginative, but more importantly to be phobically projective- we introduce and interject our own fears into the films story. I’m sure that I heard every person in the audience gasp at some point or another in the film.

Establishing the Pervasive– Muscietti really excels at establishing It as an ambience, a recurring malignance that permeates the setting and the film. It is comparable with Friedkin’s The Exorcist (the prior all-time record holder from horror box office revenue), where the demoniacal is present subliminally (and less-than subliminally) in every shot. Pennywise seems to always be around, leering from the woods, wandering unseen by the characters in the foreground. Derry, Maine is rich with un-remarked upon memorials, murals of past atrocities. Were never sure when It will or wont appear, whether there is to be an attack or merely a passing scare. This is what elevates the fear beyond the merely horrible and into the realm of terror. With every new manifestation, we become less afraid of It as a tangible thing, and more afraid of It as an incomprehensible phenomenon. 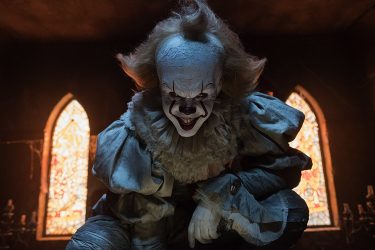 Coulrophobia and the the Valley of the Eldritch: Stephen King did not invent the scary clown, but with Pennywise, he certainly perfected it. As the central monster of the story, actor Bill Skarsgard has achieved a performance which is both powerful, memorable, and utterly distinct from Tim Curry’s equally unforgettable depiction. And to understand how this performance works, we need to talk about coulrophobia (the fear of clowns) and the uncanny valley.

The uncanny valley is the realm occupied by Things which look, but do not move, as humans do. A neurotypical human has a vast amount of brain-space dedicated to reading the micro-muscular interactions which compose body language, and translating that into empathy. Clowns lay solidly in the uncanny valley, having the contours of humanity, but with the emphatic details entirely obscured under layers of greasepaint.

Skarsgard’s Pennywise is not just an evil clown; it is an eldritch clown. The word eldritch means unearthly, or eerie, or supernatural; but it has come to constitute one particular kind of weirdness in fiction. The eldritch is the eerie or strange that is suggestive of a wrongness that is incompatible with our understanding of the universe. A giant shark is not eldritch, just weird; but porcelain faced child that runs in and out of mirrors, that walks on ceilings at strange angles in un-straight lines, is Eldritch. Pennywise, as portrayed by Skarsgard, is eldritch- we never get the sense that Pennywise was human, but instead that its a bad costume worn by a completely inhuman thing with a very poor understanding of the signifiers of humanity. Skarsgard’s Pennywise is either too still, or suddenly moving at absurd speeds; he looms and contorts; and his speech never has a casual flow or a steady pitch of intonation. Skarsgard’s performance breathes distortion, an nonconformity to all standards of human conduct. It takes an expert actor to give life to a being that fails so constantly and comprehensively at seeming like a person. 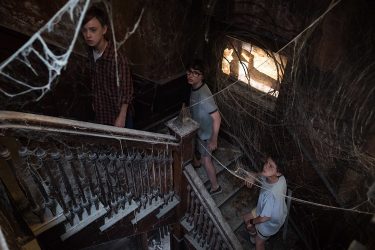 Nightmare Logic- Intuition is a sub-logic of learned behavior, cognitive bias, and instinct. Although capable of logic, the default state of human engagement is only a semi-rationality- and much as we all have different topographies of empathy and anxiety, we all have different topographies of rationality. It doesn’t just regress us psychologically as we experience the film; it also re-immerses us within the bizarre realm of nightmare logic. Nightmare logic, like dream logic, is a taxonomy and teleology of the unconscious mind; a schema not for the world as it really is, but the world as our indulgence instincts would prefer it to be. The silver bullet, the beam of sunlight is an aspect of nightmare logic; a supernatural creature has to be fought by supernatural means. Every nemesis and every bane is a symbolic vulnerability, a totemic opposite to the concepts that the monster embodies.

Horror cinema can be therapeutic. In my previous review of Inside Out, I discussed the concept of feurproben– a theory that observation of dramatic or cinematic tragedy and trauma mediates inner anxiety by giving the viewer a rehearsal trauma, one which serves to psychically callus the viewer against the stress of real-world trauma. Like the children of the Losers club, we can be stronger persons for riding through the nightmare, for insisting that we see the ghosts until they daybreak dispels them once more.

It is a horror classic, and I predict we will hear film-houses clamoring in choruses of screams for decades to come. Get Out was the great innovation of 2017 in horror; It is the medley of all the great classical techniques. Plaudits and my emphatic recommendation.