Home / Featured Posts / NFL Week 9: You Will Go Blind If You Keep That Up Edition

NFL Week 9: You Will Go Blind If You Keep That Up Edition

NFL Week 9: You Will Go Blind If You Keep That Up Edition

It would be classless to eat an 0-3 beat two weeks ago and brush it off as part of a process, only to come back and scream THREE AND O, BABY! from the rooftops, so you will get none of that here. That is for mountebanks and charlatans and I am neither of those things. Let me just say that I hope you won some money. I certainly did. Lets just hope the momentum continues, you probably deserve it.

Okay then, the niceties are over with and I have to veer toward some cultural raunch. Not for its own sake mind you – I’m not the Secretary of State or anything – but I have a legitimate question: What in the blue hell is going on with all of these men getting busted for forcing people to watch them beat it in front of them? This is not kink-shaming or whatever; go ahead and do your thing if you’re not hurting anyone, obviously. I’m really more confused as to when it became a thing.

It is just tough to imagine that this would ever turn into actual casual sex with the masturbatee, which I would assume is the point, right? I mean I’m sure its worked at some point, I’m sure everything has. Jokey Smurf probably got laid at least once, despite having exactly one joke and said joke not really being a joke at all, but rather an extremely dangerous act of battery. But the odds of the surprise jerking thing leading to unexpected passion seem infinitesimally small. Besides, people have apps for that now anyway. 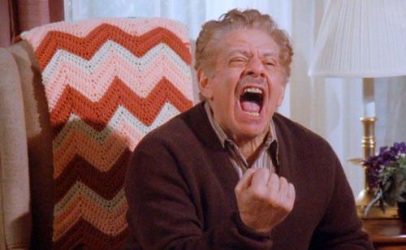 Sorry about that. This job requires me keeping up with current events, and headlines being what they are you get what you get sometimes. Its not like Goat barely tolerates me for my insightful sports knowledge. HEY LOOK FOOTBALL!

If you read this column regularly, you probably know the deal by now. The currently-gonorrhea-free human ray of sunshine that is Mrs. Duquesne is a hardcore Jets fan, and as such there is no way I would be able to watch tonight’s game and root for the Bills, even if we could finally buy that stupid skinny dishwasher. I’d get beaten bloodier than Chuck Finley at a Ruths Chris. As a rule, with a few exceptions for dead-up giveaways, if I cannot watch a game I wont bet on it. Moreover, if I cannot bet the game I don’t put it in this column, because I really do put at least a unit on any pick I publish here. Its only fair, right?

So I am unofficially telling you to take the Bills -3 in New Jersey tonight. I am also officially telling you that as a companion piece, you might enjoy this well-done look at the career of Tyrod Taylor. Separate and apart from Taylors story, which is interesting by itself, Mina Kimes brings forth a lot of arguments regarding advanced stats and how quarterbacks should be judged today. Taylor is theoretically too short, too quick to run, and will never have a 300-yard game (he topped out at 268 this season, two weeks ago against Tampa). However, the Bills are currently 5-2 (5-1 ATS) and as always at the top of the board in terms of rushing, for which even LeSean McCoy gives all credit to Taylor. If a respected analytics site like Pro Football Focus lists him as the sixth best quarterback in the NFL, it creates an argument that volume stats, i.e. yardage, completions, touchdowns and wins, are an outdated method of measurement.

Come on, you knew. You knew. You knew damn well that when that father-and-son tandem of high school football referees walked off of the field after a few kids on a racially mixed football team knelt during the anthem, somebody would look at their Facebook accounts and expose them for the indignant bigots that they are. We all knew. However, the guy who had anti semitic comments about Eli Manning in the pool is probably collecting a nice long shot check this week. The Mannings are, of course, not Jewish according to the worlds most accurate database for such inquiries. I suppose they could have meant Geoff Schwartz but that is way too well-thought-out for people who wanted Obama to go back to the zoo.

There were very few Jewish families where I grew up, so I did not encounter a lot of anti-Jewish sentiment in my youth. Not that it wouldn’t have happened, its just that a lot of rednecks have such a limited worldview that they are, ironically, too stupid to be anti-Semites, if you know what I mean. Those of us with the means to escape had to learn via Woody Allen movies and No Vaseline. So forgive my ignorance, but is Jew luck even a thing that people say? There is an Urban Dictionary entry for the term, but that site also contains ten nonsense euphemisms for hard-on. There are also apparently some sort of Polish social phenomena regarding Lucky Jew figurines, but that is so Goddamn Borat that I cant even come up with a punchline.

Anyway, blame the Jews, blame the Creoles or Voodoo priestesses of his hometown, or blame Karmic retribution for dissing San Diego all those years ago, but Eli is 1-6 behind a battered team. Meanwhile, the savior of the Football Championship Subdivision hasn’t fared much better, but at least Todd Gurley is starting to stack 100-yard games and theyve quietly won four of their last five. Maybe try and make your payout a numerical palindrome in solidarity.

Betting on a surging Eagles team would be enough, but betting on the Eagles, at home, against a starting-against-their-own-will Brock Osweiler is just too tempting to pass up. As you may recall, we made money on Monday night after Trevor Siemian put up a terrible performance against what was honestly a pretty sloppy effort on the Chiefs part. We covered by three, but Kansas City had the opportunities to score twice the 29 points they ended up with. Siemian was bad enough that they benched him, though they were nice enough to paternally add that they were doing so for his future.

You will notice that in the aforementioned article, Osweiler is quoted as saying [v]ery rarely does a player leave to go to a different team and be back on his previous team within a years time, let alone a quarterback. Uh, yeah, no shit, Buddy. The beat writers I have met would never be mistaken for class acts, so I’m shocked that none among them pointed out to Mr. Osweiler why this particular situation is so very rare. And to think, the Browns spent all those hours at the casino coming up with this incredibly clever and impressive video. For those about to brock, indeed. Iggles by a mile.

The biggest deadline trade this week was probably the Dolphins swapping Jay Ajayi for a fourth round pick from Philly. Ajayi was never going to be confused for Barry Sanders – his YPC is an underwhelming 3.7 so far this year – but he is good at shaking off defenders and he had become Miamis feature back. So why trade him for a pick that is statistically unlikely to net them an equivalent replacement player? Because hes a *spooky voice* locker room cancer. Ooooooooo!

We have been through this before. Professional athletes know that they are professionals. They understand that teams are constantly trying to undervalue them so they can pay them less, no matter how well they perform. Ajayi’s teammates didn’t seem to have a problem with him. Hes also 24, young enough to have a bit of Willie Beamen left in him but that’s hardly unique to him. So the Dolphins throw some dirt on him on the way out the door, claiming that they had concerns about his knees. The same guy they had carrying the ball 20 times per game all year. Such concern.

Yes, the Raiders aren’t particularly sexy right now, and they dropped an ugly game to the Bills last week, but they stole our money the week before that, with the last-second thriller in Kansas City. Call it a bet against Miami if it makes you feel better, but definitely lay the limping favorite here.

I hope your Halloween was awesome, and that you got lots of candy. We did show up to the New York Rangers GLORIOUS win over Las Vegas (Hiya, Boss!) dressed as the Hanson Brothers but did not make the Jumbotron, as we hadn’t counted on some asshole killing eight people while we were smearing fake blood all over our faces. And, of course, the brilliant decision to yell Allah Akbar will make life exponentially worse for Muslim Americans, but so it goes. At least we’ve got each other, and more money than we had last week!