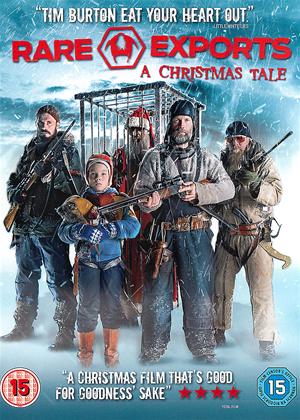 Time to dig up the closest guarded secret about Christmas ever.

Rare Exports: A Christmas Tale (2010) Oh those wacky Finns! Here at Ruthless we have had a long and strange relationship with Finland. This started it all and the shit-storm still rages 15 years later. Back in the day, viewers from Finland had to report to a special section of the now-defunct Roofless Forum for debriefing and psychological analysis before being allowed to post messages in the Forum. That’s not important now, but what is important is that I have just watched one of the most unique and intriguing Christmas Movies ever. 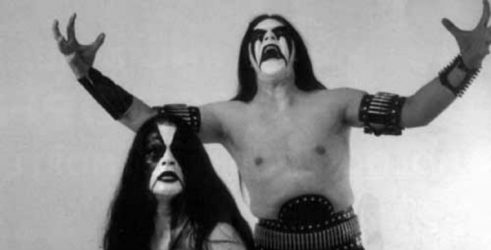 Rare Exports: A Christmas Tale is a Christmas Horror film and a really good-looking one too. The focus of the story is on the young boy Peitari who sneaked onto a archaeological drilling site at the nearby mountains with his friend, Jusso. They overheard talk about some highly unusual findings at the site, so Peitari embarked on doing some extensive research. This research was on the pagan version of Santa Claus in Finland, Joulupukki (Yule Goat). Ancient lore had it that this Santa, who wreaked yearly yuletide havoc, was lured into a lake, frozen and buried in the mountain. The American drilling company, led by an executive named Riley, who had a real Christmas and Santa fetish, drilled feverishly to uncover their find. Of course, things did not go as planned.

Peitari lived with his Dad (Jorma) north of the Arctic Circle and on a reindeer ranch. This Christmas Season things were going horribly wrong. First, the town’s children were mysteriously disappearing and this years crop of reindeer had been decimated, brutally slaughtered by wolves or some other unknown force. There was also a strange disappearance of hair dryers, burlap bags and heating radiators. This was a devastating blow to the economy of the region (not to mention the human tragedy) and the local ranchers were determined to get to the bottom of it. While the adults milled around in confusion, the clever Peitari had figured things out, but the grown-up were too busy trying to formulate a strategy to listen to him.

Revealing much more of the details would spoil the plot, but needless to say things get even more bizarre from this point on. Peitari eventually convinces the adults to follow his lead and the movie reaches an exciting, but again surreal climax. Rare Exports fully exploits the inherent and undeniable creepiness of Santa Claus. Naughty and/or murderous Santas are nothing new to the movie genres (Santa’s Slay, Bad Santa, Silent Night, Deadly Night, and the Krampus movies), but this one breaks the mold.

Not to be one to spoil anything, but there is just something unique about having hundreds of naked men lumbering across a snow-covered pasture in the dead of night. There is the right mix of levity and horror without any cheap jump-scares and the movie never drags a minute. If I have to find fault, the film was not scary as it could have been and I was disappointed that The Thing Like frozen Santa was never really revealed or consummated.

Rare Exports is a well-made and visually stunning film. Instead of Christmas Carols and chestnuts roasting on an open fire, we have a bleak, snow-covered landscape, blood-smeared aprons and dirty and very creepy abattoirs. Santa’s elves are not your cheery and hard-working munchkins, but are a little kid’s worst nightmare. It goes without saying that this anti-Christmas movie will be at the top of my list of Christmas Horror Movies. All the other Krampus movies notwithstanding, this one gets a 10.0/10.0 for uniqueness. Not only is Rare Exports a welcome alternative to the traditional Christmas Movie fare, but it also sets itself apart from the other anti-Santa and anti-Christmas movies as well. This is not your Norman Rockwell or It’s A Wonderful Life Christmas fare. It’s more like hundreds of naked Gollums meet Finnish Black Metal for a Yuletide Party. Enjoy. 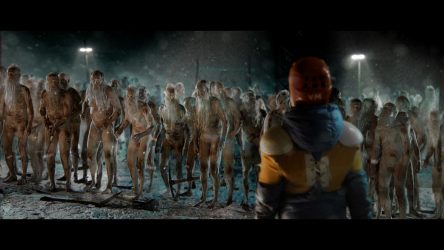