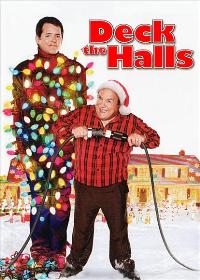 [The Goat Chimes in pre-review] Deck The Halls (2006) is a delightfully funny Christmas Movie starring Danny Devito, Matthew Broderick and Kristin Davis. Of course, I’m just kidding as this was a horribly failed and vulgar attempt at a cash grab movie, with zero redeeming qualities. Just fuck this movie. It was just terrible and a hideous insult to the already low bar of Christmas Movies.

There was not one original line, not one accidentally funny utterance in the entirety of this wretched film. The movie was tedious, lame and vomit-inducing. For a movie that was intended to be a light-hearted Christmas joy, it was drudgery. I have watched dozens and dozens of Christmas movies, but I am hard pressed to think of one that is more pathetically and unintentionally UN-FUNNY. There was not one, single redeeming quality, not even as a camp throw-off. Deck The Halls was simply pathetic. Avoid this misery. 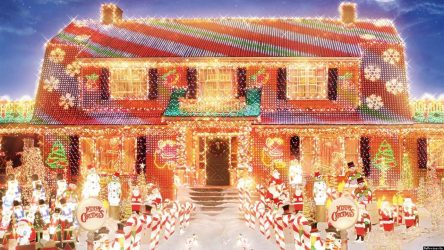 [EDIT: Jaimes is not as vicious in his criticism, but the result is the same. This dreck is not worthy of two reviews, or even one for that matter]

My first gripe with this “family film” is how many call it a “modern classic.” At best this is, maybe, watchable, once. My second gripe is when did dick, poop, camel vomit and underage sexuality jokes become acceptable for “the family?” Ferris Bueler is now all grown up and the years have dulled him into an envious schlep. Meanwhile Loui DePalma, apparently moves in across the street and in the middle of the night. Only somehow, now, he has a hot wife.

Of course, those are not really the character’s names, but they might as well be, since Matthew Broderick and Danny Devito do not stray far from their comfort zones. Kristin Davis looks lovely, (as she always does), but gets little to do except look flustered or disappointed for much of the film. 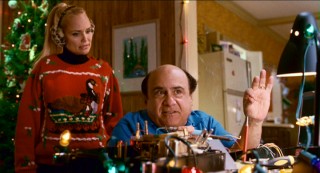 Kristin Chenoweth is the only one that takes a one note character (that in some other actress’s hands could have been just a sexual trophy wife: blond, brainless and white trash) and finds the depth, nuances and intelligence in the character. Unlike the forced sentimentality other characters have to muster, her disappointment seems genuine and a little moving.

Script wise this is a failed potpourri of CHRISTMAS VACATION, JINGLE ALL THE WAY ,and every loud, obnoxious. holiday movie ever made. Deck The Halls fails, and fails miserably by every comparison.

The jokes aren’t really funny. The director’s idea of comedy is violent slapstick and everyone yelling at the top of their lungs. The sentimentality seems about as real as an Amway product salesperson. If there was a fresh idea anywhere in this movie, I missed it.