Home / Banner / Can Valve Bring a New Level of Trust to One of eSports Biggest Games?

Can Valve Bring a New Level of Trust to One of eSports Biggest Games?

Can Valve Bring a New Level of Trust to One of eSports Biggest Games? To a casual gamer, the name Counter-Strike: Global Offensive probably does not mean too much. After all, why should it when major promotional campaigns are always pushing them more in the direction of new entries in blockbusting franchises like Destiny, Call of Duty and Titanfall instead? 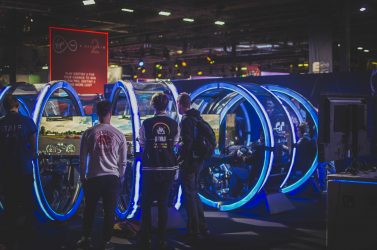 However, it only takes a little bit of digging to discover that Counter-Strike: Global Offensive or CS:GO as it is known in some circles is undoubtedly a rather big deal in the world of gaming. The fourth game in the Counter-Strike series, the console and PC game was released in 2012 by Hidden Path Entertainment and Valve and, five years, on its gameplay centered around battles between teams of terrorists and counter-terrorist squads remains hugely popular with gamers.

A big hit in eSports

This is in no small part to the titles position as one of the biggest games in the world of eSports. CS:GO is thought to be among the top three most lucrative games in that scene, with an estimated $40 million of prize money in total being awarded to teams involved in thousands of tournaments based on the title.

Furthermore, the CS:GO world has also started to attract major sponsorship from top brands, with eSports betting site Betway sponsoring players and also appearing on the shirts of top team Ninjas in Pyjamas, global car giant Audi giving its backing to Astralis and Adidas a brand more commonly associated with traditional sports also getting in on the act with Team North too. With the revenues generated by eSports expected to reach a massive $1.5 billion by 2020, it feels like only a matter of time until more major brands are drawn to the area and that, finally, eSports will hit the mainstream.

Of course, with the growing profile of eSports, it is wholly understandable that Valve is always working to ensure that interest in CS:GO remains high. It may have been around for five years already, but there is evidently a plan based on updates and other steps to ensure its lifespan grows even further. 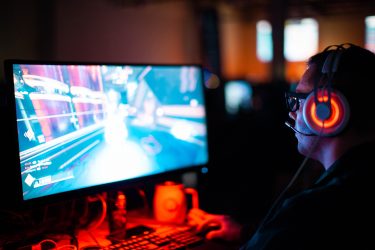 One of the most recent approaches taken has been to introduce a new matchmaking system to bring players together in the game. The Trust system is being regarded as a natural evolution from earlier efforts to improve matchmaking, which included simply matching players who linked CS:GO with a unique phone number and then taking in-game experience into account. The new concept is based around using behaviors and attributes linked to the players Steam account, such as the number of hours they play CS:GO, their frequency of being reported for cheating, as well as their experience of other playing other games.

Valve is refusing the reveal the exact factors that it is using to power the Trust system, arguing that the things it is looking out for are constantly being updated and it simply does not want players to worry about whether taking a specific action on the game or others would affect their score. The point is clear be a positive member of the Steam and CS:GO community and you will be just fine.

There is clearly a genuine sense of goodwill behind the new system, but already the Trust concept has received a mixed reception from gamers. While some have suggested that it is a step in the right direction, others have still reported some issues, particularly with cheating. Other opinions include concerns regarding matching players with similar hours on a game, as that is, of course, no specific barometer of the skill they have. Finally, there is also an argument as to whether people are comfortable with the system delving into and thoroughly examining their personal history on CS:GO and Steam.

It will be interesting to see how the evolution of Trust plays out. Teething problems with any new system are not a great surprise and with Valve continuing to update it behind the scenes, it may take some time for gamers to really see the benefits of quality matchmaking and issues such as cheating being eradicated.

With the prospect of eSports hitting the mainstream coming closer, Valve will be keen to ensure CS:GO is able to offer both existing gamers and fresh converts the very best gaming experience.