Aholes, Boobies, & Cocks -or- The ABC’s of Animals Who Have Sexist Or Politically Incorrect Names

Aholes are silvery fish who live in the Indo-Pacific part of the world (near Hawaii). They spend their days swimming together in schools, but at night they go off to eat by themselves. I guess everyone needs some alone-time every once in a while! 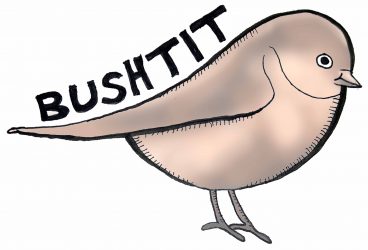 Bushtits are small birds who build pouchy nests made from moss and lichen, woven together with spider webs. 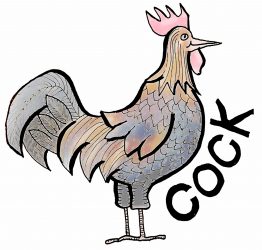 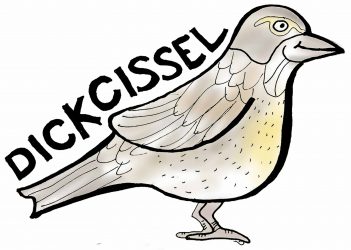 Dickcissels are seed-eating birds. Many farmers dislike dickcissels because these birds often try to eat all of the farmers grains. Some have described the Dickcissels sounds like:

Erectopus literally means erect foot, which is fitting considering that the erectopus has an erect foot, evidently.

While the erectopus wasn’t taller than an average human (it was only 4 ft. tall), it was definitely much longer than a human – a full 10 feet! 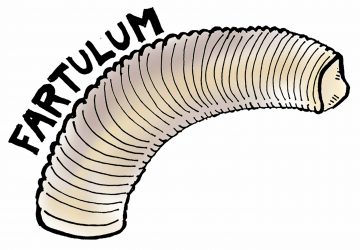 Fartulum literally means little stuffed thing. They are little tiny sea snails who tend to live in the sediment with algae and sea sponges.

What an adorable little community! 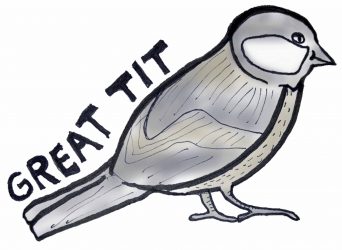 Great Tits are the largest tits, measuring about 5 inches long. The female Great Tit lays about 12 eggs and BOTH parents raise the little chicks.

What a great parenting team!

Wow, I wonder what other tricks they have up their sleeves. 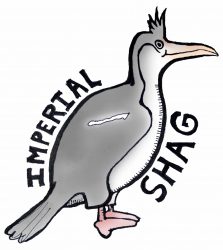 Imperial Shags live in colonies and form monogamous relationships. They make their nests out of seaweed, grass, mud, and even poop! 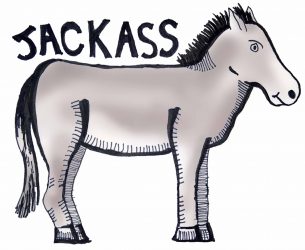 Jackasses are members of the horse family and descendants of African wild asses. While jackasses are quite stubborn, they also have been found to be smart, friendly, and eager to learn.

So the next time someone calls you a jackass, take it as a compliment! 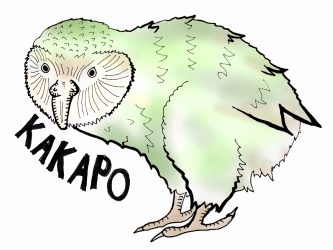 Kakapos [kah-kuh-pohz] are not only the heaviest parrot, but they are also the only flightless parrot. When they want to find a mate, the male kakapo can be heard calling from 3 miles away! 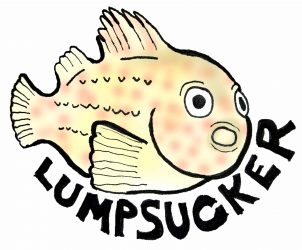 Lumpsuckers are adorable little spherical fish who are terrible swimmers. Lumpsuckers are born with working mouths and digestive systems, so sometimes the babies accidentally eat each other. 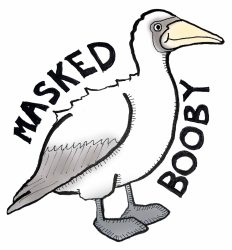 Masked Boobies are the largest boobies, and are known for their diving skills. The female lays two eggs and the first booby to hatch will most often kill the younger one.

Naked Mole Rats are neither moles nor rats, but are close relatives of porcupines and guinea pigs. Naked Mole Rats roll around in and EAT their own poop! They roll in their poop so everyone smells the same, and they eat their poop to get nutrients they didn’t get the first time.

Whats for dinner in YOUR house tonight? 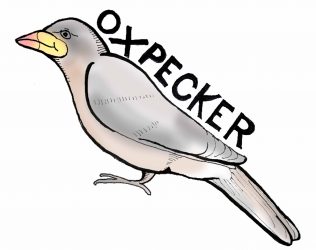 It doesn’t stop there: the Oxpecker also eats its hosts earwax to help digestion! 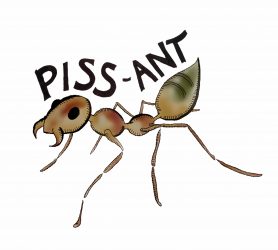 Piss-ants are European ants who get their name from their nests, which smell a lot like urine. The disgusting odor comes from the combination of their nest materials mixing with the formic acid in their venom. 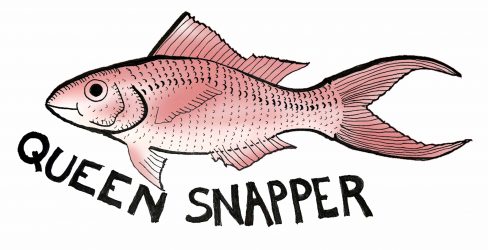 Queen Snappers are fish that live in the Gulf of Mexico. They like to live in places with rocky bottoms.

Humans don’t know much about Queen Snappers other than they like to eat small fish and squids, and that they live in very deep waters. 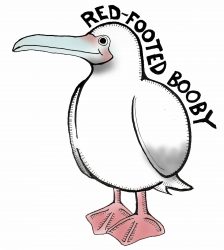 Red-Footed Boobies are the smallest boobies, and can live to be about 20 years old.

Red-Footed Boobies can be many different colors with no relation to genetics or geography, but their feet are ALWAYS red. Otherwise they would be called the Red-Or-Not-Footed Boobies.

Changing sex due to the age of an animal is called Sequential Hermaphroditism and happens in many fish, gastropoda, and plants. 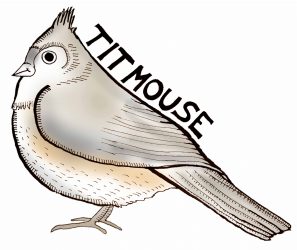 The titmouse is a small grey bird that lives in the Eastern United States. Titmouse couples raise their chicks together, and sometimes one of their chicks will stay and help raise the next years chicks.

That’s much nicer than the older siblings of the Masked Booby! 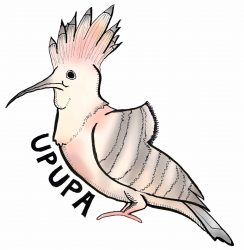 Upupa [u-poo-pah] are distinctive looking birds that like to bask in the sun and take dust and sand baths.

Upupa moms and babies defend themselves in their nest by basically smelling disgusting enough that nothing will want to eat them. 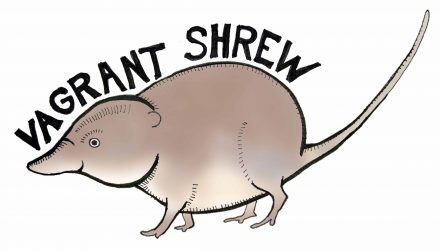 Vagrant Shrews are small mammals measuring only 4 inches long, weighing less than a quarter of an ounce.

Not only are their bodies small, but their lives are small, too. Vagrant Shrews tend to only live for about six months. 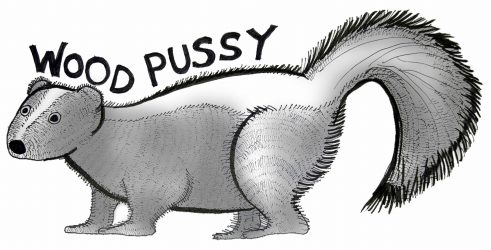 Wood Pussies (or skunks) are small furry black and white mammals that can be either striped, spotted, or swirled.

To protect themselves, they do a handstand, eye their attacker, and then they spray a horrible, smelly, substance from beneath their tails.

It may look silly, but it doesn’t smell silly! 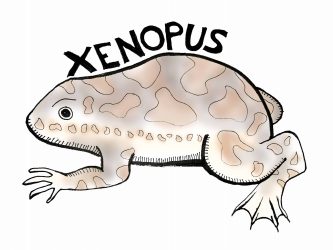 Xenopus are frogs with notable feet. It has webbed back feet with long claws, and it uses its long front toes to catch prey.

The Xenopus is a bottom-dwelling frog that only rarely comes to the surface to breath. But dont worry, its nose and eyes are on the top of its head so it isn’t in too much danger!

Yellow-Handed Titis are forest primates who live in small social groups of 2 to 5 titis.

Yellow-Handed Titi parents are monogamous and raise their children for about 3 years. 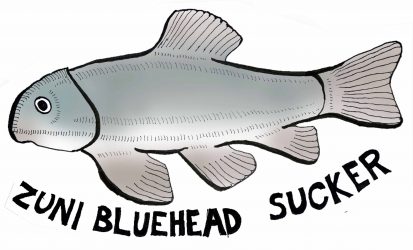 Zuni Bluehead Suckers are slender blue-headed fish that live in shady streams. They have unique scrapers in their mouths which they use to suck algae and invertebrates off of rocks.

Of all the animals in this list you might say the Zuni Bluehead Sucker sucks the most.

To purchase this wonderful book in paperback or kindle, CLICK HERE