Bitcoin Documentaries
Documentary films are an excellent blend of entertainment and information, and filmmakers are drawn to digital currency and their documentaries can provide insight into understanding how cryptocurrency work as well as the impact on individuals and society. The main theme all the documentaries on this list share is that Bitcoin is actually real money. 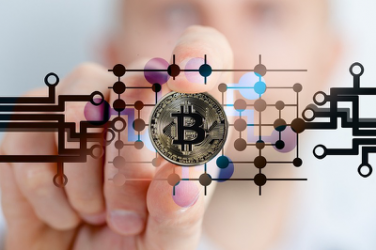 In order to help you understand the phenomenon that is Bitcoin, we’ve selected six documentaries which vary in length and production value but all provide a clear examination of the cryptocurrency. But let’s look a little closer at the very basics first.

An Introduction to Cryptocurrency

The term cryptocurrency refers to a digital or virtual currency which uses encryption techniques to secure the transactions and to control the generation of new coins as well as providing security making it difficult to counterfeit. A cryptocurrency operates independently of a central bank or government, which intheorymakes it immune to outside interference or manipulation. Most cryptocurrencies are designed to gradually decrease the production of currency, limiting the amount of currency in circulation, with a cap in order to mimic precious metals.

When compared to a traditional currency such as cash or gold, cryptocurrencies are much more difficult to be seized by law enforcement. Cryptocurrencies also make it easier to transfer funds between two parties in a transaction and these transfers are completed with minimal processing fees thus allowing users to avoid the steep fees charged by most banks and financial institutes.

The media recently has been filled with stories revolving around this new currency. There have been tales of investors becoming millionaires– such as Erik Finman, who invested a cash gift from his grandmother into bitcoin in the year 2011. Six years later and the value of bitcoin had increased exponentially making Finman a millionaire. There is also the mystery behind the real identity of the mysterious individual or group known under the pseudonym Satoshi Nakamoto and was launched in the year 2009 as open source software.

Since the creation of Bitcoin, the world of cryptocurrencies has evolved at a rapid pace as new currencies are being introduced into the market every day, but so far none have reached the popularly or success of Bitcoin.

Paying with Bitcoin is quite easy and Bitcoin is accepted as payment by over 100,000 merchants worldwide including Microsoft, Expedia and online electronics retailer Newegg. Its most unusual for actual physical stores to accept Bitcoin as a payment method but is also changing. Bitcoin is even being accepted by online gambling websites offering slot and table games as well as online poker rooms. The online casinos accept Bitcoin due to several advantages. The processing fees of playing with Bitcoin at Bitcasino, for instance, are minimal in comparison to bank fees associated with playing with traditional currencies. Bitcoin is also considered very safe to use as chargebacks are almost impossible and payments are processed faster and safer. 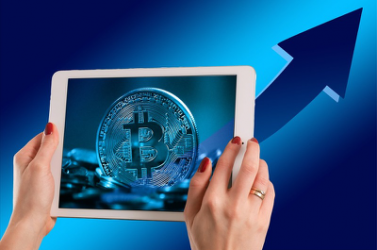 Image: Bitcoin makes it easier to transfer funds between two parties in a transaction and these transfers are completed with minimal processing fees)

Banking on Bitcoin is an independent film which explores the origin, technology and possible future for the digital currency. The documentary has been professionally produced and is currently streaming on Netflix.

The film explains, Money is just an accounting system, that’s what bitcoin is. However, according to the film, unlike government-issued money that can be inflated at will, the supply of Bitcoin has been mathematically limited to twenty-one million bitcoins which can never be increased or decreased.

Bitcoin is dependent on a system is known as the blockchain, which was first developed by Satoshi Nakamoto in order to solve the problem of double spending for the digital currency. The blockchain underlies and structures the system by being a distributed public ledger of every transaction ever made within the network.

All these transactions are timestamped and verified by network miners with specialized computers who compete to solve mathematical puzzles with other computers and once a puzzle is solved they are awarded some Bitcoin. They also add a block of completed transactions to the blockchain for future reference and verifiability. When a block is added to the chain, the cycle repeats itself and the computers continue to compete to solve these difficult problems. Every single transaction on the blockchain is completely transparent and accounted for in its log. While there are no names associated with the transactions, anyone can view the public keys of any transaction.

The Bitcoin Gospel was produced by Dutch TV station VPRO and prominently stars Roger Ver. Ver invested early in Bitcoin-related startups and he opens the film by demonstrating how a Bitcoin transaction works using his home entertainment system and his smartphone. Ver informs viewers who may be reluctant to use Bitcoin that

The film seeks to clarify the whole purpose of using Bitcoin, by focusing on the financial crisis of 2008 and how central banks are becoming concerned about the power of Bitcoin. The film poses that the global economy is broken and offers Bitcoin as faster and cheaper alternative for global payments. Consumers using Bitcoin can buy and sell goods from anywhere around the world without the constrictions of conversion or currency exchange.

The film also explains how mining operations andBitcoin farms work as well as offering an explanation as to why Bitcoins worth keeps increasing. You’ll also find interviews with Bitcoin proponents like Andreas Antonopolous and Peter Todd.

Life on Bitcoin asks the and answers the question”can a digital currency be used to purchase practical everyday items?” In July 2013, couple Austin and Beccy Craig embarked on a 100 day social experiment in which they relied exclusively on the digital currency. Married less than two weeks earlier and only just back from their honeymoon, the ambitious couple only used Bitcoins for their purchases.

The couple may not have found their task as challenging if they lived in major metropolitan region or city. But they didn’t. TheUtah based couple needed to convince many of their local retailers to accept the digital currency. There were also cases where the couple were resorted to traveling long distances to locate Bitcoin-friendly locations for purchases such as petrol. The couple also attempted to use Bitcoin to pay for their parking tickets and to pay the entrance fee to Disneyland.

Living off Bitcoin may have been a challenge, but it appears to have been easier than getting a film about the process completed. Despite a successful fundraising of $70,000 on Kickstarter to fund the film, there were problems. Craig has said that he did not realisehow much went into the production of independent films and that there were creative differences among teammembers. After the promotional process, there was only a tiny budget remaining and the crew chose to hire an independent editor to complete the film. Living off Bitcoin was distributed by VidAngel firstly on its own platform and then later on YouTube, iTunes, and Amazon.com.

Bitcoin The End of Money as We KnowIt is directed by Australian media entrepreneur Torsten Hoffmann whoalong with his team of writers and producers aimed to create a jargon-free documentary that explains Bitcoin to the layperson. The film is energetic, a concise and informative crash course about money and cryptocurrencies. You’ll also find a rundown of the history of money and a presentation of problems with the current financial system.

The film interestingly also traces the history and utter failure of the worlds first monetary system, which existed 200 years ago in Rome 33 AD and compares it to the modern trading floors of Wall Street before explaining the innovation of the blockchain.

The film highlights government influence on the money creation process and its relationship to inflation. The film also explains how commercial banks create money out of thin air when making loans and the reasons behind the 2008 bailout of banks. The patterns of technological innovation are also examined in the film.

The film features many interviews with journalists, entrepreneurs, economists as well as Bitcoin experts including Blockchain CEO Nic Cary and Andreas Antonopoulos. There are few references to current news items or exchange rates which should keep it rather relative, instead focusing on the fundamentals of money and Bitcoin technology.

If you do not have a lot of time to spend watching a long documentary to improve your knowledge of cryptocurrency, these three short films produced by BitcoinFilms.org are worth checking out. Theshort documentaries focus on people’s life-changing experiences with the cryptocurrency.

The first film, titled Bitcoins in Uganda,follows Ugandan student Ronald who is at the university. He relies on his family in the US to send him money to pay for his tuition. Ronalds brother-in-law is frustrated with the expensive and slow system they rely upon to send Ronald money, so he suggests sending Ronald Bitcoins instead.

Bitcoin in Uganda demonstrates the benefits of using Bitcoin instead of traditional banking methods to send and receive money, especially in developing nations. The money transfer services available in Uganda such as Western Union or MoneyGram charge steep fees for transferring money and the transaction takes two days to be completed. In comparison, Bitcoin transactions takeminutes and the transaction fees are much smaller.

The film follows Diego, who gets through the rough economic times by avoiding pesos and buying Bitcoins instead. Bitcoin is independent of any government issued currency. According to advocates like Diego, if a country’s national currency were to collapse or become unstable, a decentralized currency like Bitcoin is an ideal alternative for citizens to utilize.

The final short film from this lot,Bitcoins Liberating Organic Farmers is about how small organic farmers are using Bitcoin to reach their customers directly, avoiding both fees and middlemen. The film shows how Bitcoin can liberate impoverished people from banks and governments.

The Rise and Rise of Bitcoin was filmed and written by Daniel Mross, a 35-year-old computer programmer from Pittsburgh. Daniel discovered the cryptocurrency in 2011, which sparkeda love and an obsession – and a world of new possibilities for him to explore. Daniel explores the social and political impact of an open-source digital currency. He bets his familys future on acquiring the digital currency and has invested in expensive computers in order to perform mining which he keeps in the basement.

The Rise and Rise of Bitcoin documents the early days of Bitcoin and helps introduce viewers to how the mining industry evolved. The film also shows how Bitcoin continued to rise and fall amidst the Cyprus crisis. The film features some of the very early adopters and startup builders of Bitcoin such as Gavin Andresen, Brian Armstrong, and Margaux Avedisian. It also explores the competitive mining market and the various subcultures within the Bitcoin community.

The film overall takes a rather optimistic view of the digital currency, which some of its supporters claim is the money of the future.It was produced by Daronimax Media and was chosen in the official selection of Tribeca Film Festival when it was first released.

Well, there we have it: six documentary films about Bitcoin. After viewing one or even all of these documentaries you will have a much better understanding of the cryptocurrency, including its history as well as the social and political impact. Supporters of Bitcoin believe it will change the world and after viewing these films you may be inclined to believe them.