Relax. Today the captive, tomorrow the conqueror. Those of us who subject ourselves to this chaos for fun and profit are used to the swings, but if you’re new, just stay the course and think long term. Though it would be nice, we are not going to win every game every weekend. Ultimately, we are trying to win at least 52.5% of the games over the whole season. As things stand, we are still up. So long as its fun, lets keep swinging, cool? Cool.

Now then, would you like to hear my very lawyerly and thus somehow credible thoughts about Brett Kavanaugh? Of course not! This is where we talk football, not structurally caustic people specifically chosen to dominate and ruin peoples lives for decades to come. Far smarter people than I can wax misanthropic about the need to pack the Goddamn court at this point, the institution of non-renewable 18-year terms, or the logistics of tricking him into standing on an X without noticing the piano dangling from a rope several stories overhead.

That said, I do think that bright people can all agree upon one thing, if only one thing, after all of the nonsense we had to endure last week, and the week before that, and the term encompassing those, and basically the last century, give or take: I never again want to hear any bullshit about an Ivy League Education (). The minute Trump backed that goon you knew it was only a matter of time before he got outed as a sexual predator, or a perjurer, or a problem gambler, or a blackout drunk, especially when even the carnies in the media would only go far enough to compliment his basketball coaching abilities. But if a lily-white, Chevy Chase prep school son of privilege can be all of those things and still make it as far as the Circuit Court of Appeals, there is but one reason: a fucking Yale diploma. 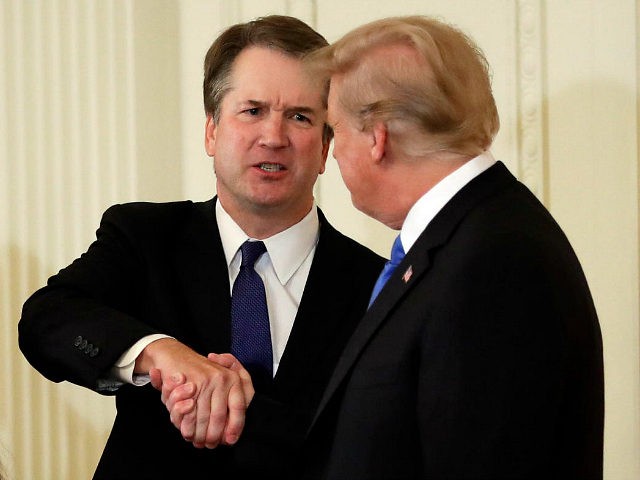 Chapo Trap House recently did worst-of countdowns for both Yale and Harvard, and I don’t want to step on their bit, but last night I watched Princeton/Harvard debate champion Ted Cruz get his pointy little elfin ears boxed by a failed grunge musician. At this point, and for obvious reasons, if you tell me you graduated from Penns Wharton School, I assume that you are literally, and colossally, stupid. George Lincoln Rockwell – not the cool Rockwell, the very uncool Rockwell – went to Brown. Columbia is populated with cringe-inducing tryhards. Fitzgerald cost us money last week. They all hate(d) Catholics. You get the point.

Granted, I may inadvertently dismiss the occasional long-shot genius who worked his or her way out of a rough or economically disadvantaged childhood to earn a scholarship to what are branded as the oldest institutions of higher learning in America. However, these days it appears that I am far more likely to be tuning out diaper-wearing legacy parasites, libertarian self-obsessed tech psychos, or someone so soulless that they would groom young ingenues to feed to the aforementioned groups. Come to think of it, I once saw an undercover investigative film where a seemingly-deserving scholarship recipient turned out to be a liar pretending to be a minority in order to steal a scholarship from, of all people, Tommy Chongs improbably-gorgeous daughter. Shame we never reviewed that, but regardless, Im sure its aged quite well! HEY LOOK FOOTBALL!

I am fine with taking my lumps, but I’ll be damned if I am gonna exalt the new and improved and better than ever Andrew Luck after going 21 of 31 for 179 yards and a 2:2 split. Washington had the edge in every single team stat save for rushing but managed to penalize themselves 90 yards and thus lose as a heavy home favorite.

And speaking of dumb losses, Philly managed to let Fitzmagic throw over their heads all damn day, giving up 402 yards on 27 passes and four TDs. Go ahead and take a look at the leagues official defensive team rankings, because you might never again see the top ranked run defense wear the same helmets as the 28th ranked pass defense.

Don’t count on a repeat. Luck basically has two targets, Eric Ebron and T.Y. Hilton, and the latter has an injured quadricep. He is still expected to play, but if hes a step or two slower, Jalen Mills and Malcolm Jenkins can probably remember and reestablish that they are professional football players. Jay Ajayi is out, but so is Marlon Mack, and I imagine Carson Wentz will be more interested in putting the ball in the air in his first game back, at home no less. Eagles to cover.

If by chance you saw the Monday Night Football tweet and put some money on Dallas, you made a few dollars back. That wasn’t necessarily a vote of confidence in the Cowboys as much as a repudiation of this Giants team. This pick is more of the same.

I’m not going to be the thousandth person to question the wisdom of drafting Saquon Barkley with the second overall pick, but I am one of the harbingers who questions whether or not hes a great fit on this team. Thus far in an offense that was retooled around him, Barkley has only racked up 134 yards on 29 carries. Admittedly, the 4.6 YPA is nice but he is a middling 11th in the league, and that has to be read in light of the fact that the Giants have apparently lost the number for, or forgotten the existence of, Jonathan Stewart, the veteran back that was supposed to compliment him.

The sky isn’t falling, not yet anyway, and the defense is keeping them in games. The Texans have lost two close games on the road despite being the best rushing team in the league, averaging 157 yards per game, and Deshaun Watson doubled his first weeks numbers last time out. This is Houston’s first home game and I don’t see them going 0-3.

Of all the blood spilled last week, the Pats outright loss was the most infuriating. Tom Brady exists to fuck everyone over, so even when you bet with him he has to find a way to break your heart. Meanwhile, the perennially solid defense let Bleep Buckles of all people pass for four touchdowns.

No need to ask. Of course Belichick, Kraft, and the rest of the Death Star crew overreacted to the loss, immediately trading for Josh Gordon, who managed to go from inspirational cult favorite to despised lock to make the Pro Bowl in the span of an hour or two. He joins a receiving corps consisting of Cordarrelle Patterson, Chris Hogan, Chad Hansen, and Julian Edelman after one more game on suspension.

Sundays points will probably come from Rex Burkhead, Jeremy Hill, and Sony Michel, though. The Lions cannot stop the run, having allowed 179 rushing yards per game so far, the most of any NFL defense. Oddly, they tend to sack a lot, but the Pats have a positive ratio there as well, and Brady has only seen the turf thrice thus far. As we said last week, there will always be dummies prematurely celebrating the end of the Foxboro dynasty. I’ve seen them in print this week. Don’t fall for it.

Despite the chaos of these cursed interesting times, there are a few certainties left in life. Death and taxes of course. Lucy pulling the football. You know Goddamn well that either Chuck Grassley or Mitch McConnell is gonna piss away some of our precious remaining national dignity by asking Christine Blasey Ford what kind of bathing suit she was wearing. And Fitzpatrick is gonna hit a wall.

I’m thinking sooner than later. Yes, the Bucs lead the league in passing offense because of last Sundays air raid against Philly. Yes, the Steelers gave up six TD’s in the air against Patrick Mahomes that day. All fine points, as is the fact that the last time Fitzpatrick was a regular starter, the 2016 Jets went 3-8 and Ms. Duquesne had to start seeing a therapist.

Step back and history is with the Steelers. They’ve taken eight of the last ten from Tampa, and are 4-1 ATS in the last five meetings. Tampa Bay has given up 753 yards to opponents, and that was before Vernon Hargreaves went on IR and Mr. Miko Grimes and Chris Conte both got listed as questionable. Its also worth noting that the Steelers didn’t lose in Cleveland, they just failed to win, and did so despite six turnovers in a rainy week one. Their offense also scored enough to keep the shootout in K.C. within five. Relax. The better team usually wins.

That’s it, kids. Lets make some money back this weekend and retake the momentum. Try and stay sane in the interim. We at least deserve that. Even if you went to an ivy.