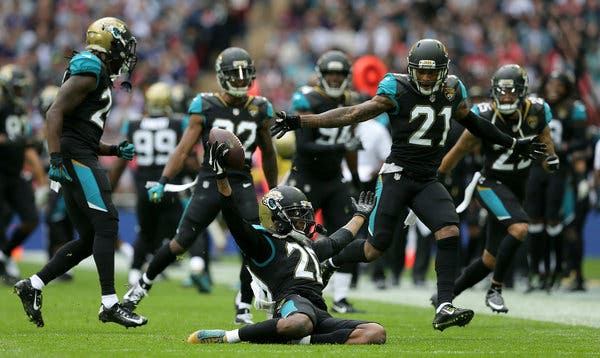 One of the crazier things about gambling as a hobby is the duality of emotions that come with the territory, so to speak. Sometimes you catch a break and you’re on top of the world, hugging strangers and tossing black chips at the stickman while the dopamine and adrenaline go flooding into your brain stem. Other times you’re watching an ugly, utterly meaningless slog between two bad teams on a soggy October afternoon in Cleveland, licking your wounds and feeling bad for your readership. The absurdities tend to pile on in those situations, so next thing you know you’re familiarizing yourself with Greg Joseph, the Browns rookie kicker from South Africa. Joseph was cut from Miami at the end of preseason in favor of – I dunno, some other guy, presumably? – despite making a whopping 68% of his kicks during his career with the Florida Atlantic University Fightin’ Coke Deal Middlemen.

A dubious non-call in overtime led to five successive makeups for Cleveland, so much so that I’m pretty sure they got away with lining up 15 guys at one point. So despite missing an extra point, and then missing a potential game winner so far left that it landed next to Lake Erie and joined the DSA, Joseph finally made what would otherwise be a perfunctory 36-yard field goal and became part of the greatest thing to happen in Cleveland since the win in week three, which had itself recently replaced longstanding champion Thuggish Ruggish Bone.

Joseph celebrated by flying his parents into town to be there when a Rabbi from the Chabad of Downtown Cleveland hung a mezuzah in his apartment, which appears to be either a hotel room or an illegally-converted commercial office space, for the benefit of a newspaper photographer. I’ll leave it at that because if this gets any underdog-quirkier, Don Knotts and Ed Asner are going to star in the biopic.

NOTE: If you are too young for that reference, swap in Rhys Williams and Nora Dunn for Knotts and Asner. If you are too old for this silliness, well, so am I, but at least you didn’t waste your day learning that Tim Conway starred in both Gus and Air Bud: Golden Receiver. I must say that this really tarnishes the otherwise impeccable legacy he created with the Dorf oeuvre.

By the way, that Browns game was the first time I saw the new Smile Direct Club commercial, which has since appeared during every college game I’ve seen since, regardless of conference, status, or network. I get the placement. I suppose everyone wants straight teeth, even people who watch degen college football at 1:00 a.m. on a Friday. I am, however, a little skeptical of some of those results. The tiny print says the photos are legitimate, though, so I guess the retainer industry has really stepped their game up. A couple of decades ago they just made life worse for already-undateable middle school kids, and here they are now, swapping out ugly Shane MacGowan mugs for the Tony Bobbins look.

This being 2018, after Monday Night Football it was otherwise another week in hell-world. However, Thursday was National Coming Out Day! Congrats to all of our LGBTQ readers, in or out of the closet, and to Ryan O’Callaghan, Dave Kopay, Ray McDonald, Roy Simmons, Esera Tuaolo, and Kwame Harris, all of whom came out after their NFL careers were over. Wade Davis, Dorien Bryant, Brad Thorson, and most recently Michael Sam all made it to training camps and practice squads, but did not play in any regular season games. Of those men, only Sam was out to the public during his playing career, but at this point its only a matter of time. Obviously coming out is a very personal decision, especially for people who work in a culture where the word gay is still used as a pejorative. We cant encourage anyone to come out if they don’t want to, but we can wish them the best, and that they maintain inner peace regardless of their decision, so lets do that.

Personally, I’d like to think that I would have the balls to bravely stomp out of the closet, middle finger in the air to everyone who couldn’t accept me on my terms, because who gives a fuck what other people think anyway? However, as I envision my admirable, take-no-prisoners methodology of coming out, I note that I cant even ride the subway without my hand firmly holding the headphone jack into my phone and covering the screen with my palm, because God forbid a complete stranger ever discover that I love ABBA. HEY LOOK FOOTBALL! 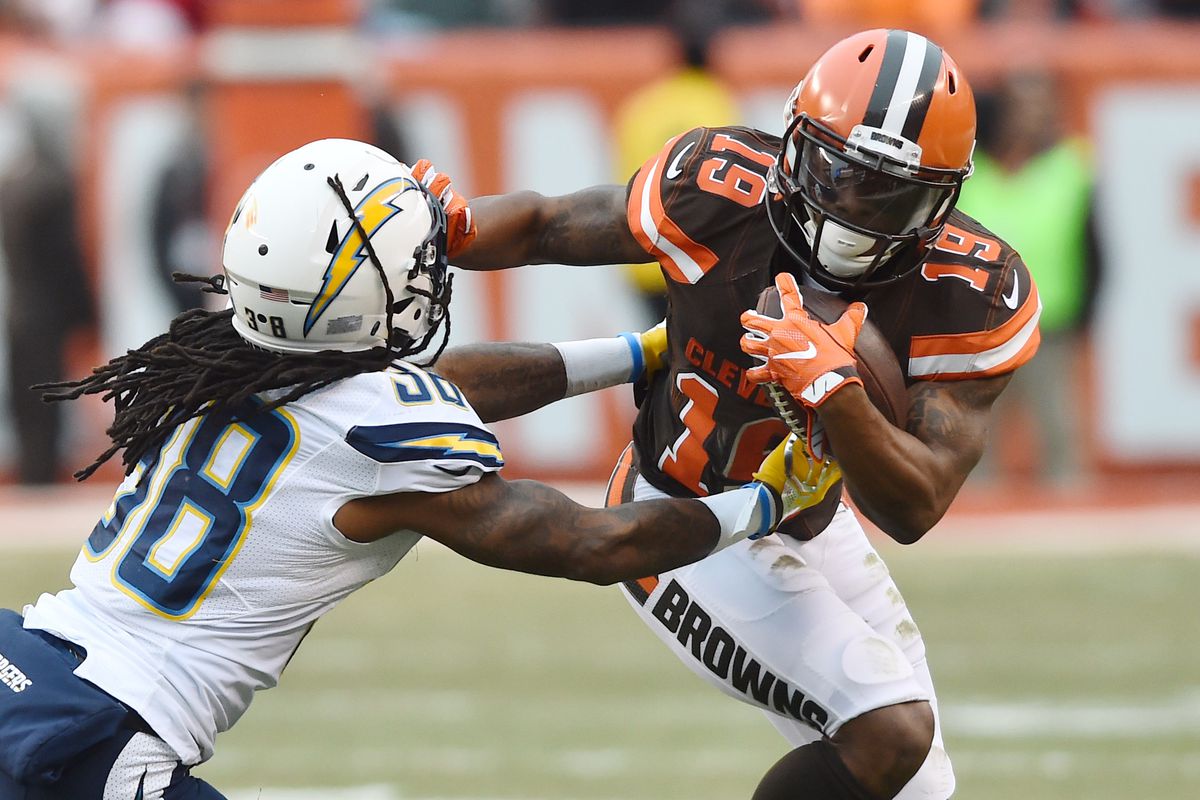 What a world. The big money was probably in finding someone during the preseason to cover the very long odds of the Cleveland Browns being a favorite against a Super Bowl contender with a winning record, and yet here we are. The Browns 2-2-1 record obscures the fact that both losses were by three points, and even though they’re not exactly winning yet, they are fighting like hell. The Cleveland fanbase loves that stuff. All over the city, people are wearing bootleg Baker Mayfield t-shirts, and glam punks and construction workers are hugging each other in bars after tense moments during the game. No one except the Japanese grounds crew still thinks that they are shitty.

So why take the Chargers? Didn’t I just spend three paragraphs whining about getting punched in the nuts by a statistically bad unknown South African field goal kicker who just arrived, un-drafted, from a safety school for prospective gym teachers? Because I said so, and yeah, sorry about that, respectively.

I think the line reflects a lot of justified excitement. Mayfield looks like the real deal, and he just beat a team that wasn’t the Jets. All very exciting, but it doesn’t justify favoring the Browns over a consistent contender. Phillip Rivers has thus far averaged 27.4 points and 414.6 yards per game, throwing for 1,495 yards and a ridiculous 13:2 split. With the exception of the Steelers in week one, the Browns have played teams appropriate for their schedule and allowed those teams to amass an average of 281 yards in the air. They gave up 565 yards of total offense to the Raiders in week four (granted, that was an overtime game, but still).

The Browns don’t suck anymore. They’re fun to watch. They’re easy to root for. But they not, under any circumstances, a favorite against the Chargers. Not yet anyway. Go heavy and consider the over, too. 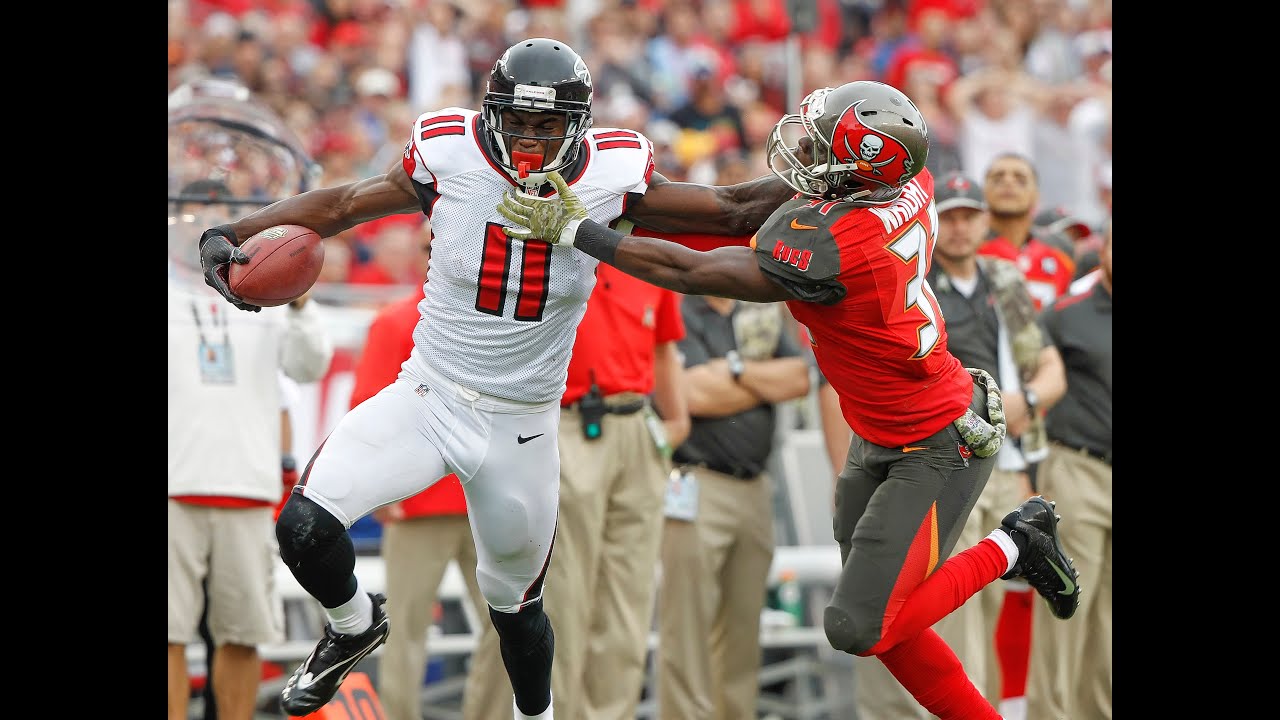 The Atlanta Falcons are the best 1-4 team in football. Until last weekend, it was almost as though they were approaching the same midpoint as the Browns from the opposite direction, coming in as a divisional threat and losing close decisions by an average of 3.6 points.

And then they got killed by the Steelers. Which is to say that Matt Ryan was almost literally killed, being sacked six times for a total loss of 43 yards. Yet he still had what you could call a presentable day, going 26 of 38 for 285 yards, one TD, and no picks, but Matt Ryan is Good isn’t exactly headline news. The defense is the problem, and has been for a while.

The Bucs didn’t play last weekend, and will try to start over with Jameis Winston now firmly in the starters role after Fitzpatrick’s disastrous last outing in Chicago, where they were beaten by 38 points. Given the circumstances it is tough to say if hell be rusty, rested, or involved in some atrocious incident on the way to the stadium that finally washes him out the league.

The 57 number is crazy high, but it accurately reflects these defenses as they currently exist. Tampa has the second worst total defense ranking in professional football. Atlanta is way better, ranked 28th out of 32 teams. Atlanta desperately needs this win to reestablish any sort of credibility as a playoff contender, and Winston needs to come out swinging to prove hes worth the hassle. Don’t go big, but go quickly, before the over gets any higher. I’d skip it if it hits 59.5.

The reality of the rebuilding year may now be setting in at Mile High, as the Broncos opened the season by beating the Seahawks and Raiders and haven’t won a game since. Even the defense, which was supposed to at least attempt to keep them competitive, is a lowly 26th on the chart, giving up 26.2 points and 395.8 yards per game.

This is a financial decision, not a rooting interest, and for that reason I have no shame whatsoever in lining up with the masses at the front door of the Rams fan club. They’re trendy for a reason; they’re fun! Its not just the undefeated record either. They average 35 points a game, primarily through the air, and Goff is on fire, as his 119 passer rating confirms.

If this is a trap game, I don’t see it. Stacking all of the negatives, Aqib Talib is out due to ankle surgery, Case Keenum put up 377 yards and 2 TDs in last weeks loss against the Jets. All of this is relevant, but none of it dissuades me from playing the hot hand. Rams to cover.

Unofficially, I will also be putting a unit or so on the Jets, straight up at at -130, to win at home against the Colts. This was a mandate from the wife, who recently earned a favor resulting from circumstances following an argument over toothpaste. See I’m a Pepsodent man by nature but she got me addicted to the cinnamon version of Toms of Maine, next thing you know I’m stuck with a caulk tube of something called Dr. Bonners. It was a whole thing.

ANYWAY, because of her irrational allegiances, and a respectable showing from Sam Darnold last Sunday, hope is once again alive among the affiliates of Gang Green. You will recall that Andrew Luck burned us early on, but Indy has since dropped three straight and they look like a good stylistic match up for the Jets at home. I don’t trust the Jets as a favorite any more than I trust any doctor who was brewing his own toothpaste in the 1850s, but I’m willing to put a unit on an outright win.

We’ve taken some shots the last couple of weeks but that only served to even out the hot start. With more games comes more evidence and less guesswork. The sand is starting to sift away anyway. Trust the process and take care of your teeth!