Sooooooo. How has everybody been?

Yeah, okay, I was a little on edge last week, and it came through on the page. Can you really blame me, though? The body count went from 11 to 13 as I was trying to craft jokes about a guy sending 14 bombs to people because his pretend boyfriend gave them lame derivative nicknames. I didn’t exactly have a lot to work with, and there was no jocular equivalent of Nick Mullens waiting in the wings to bail me out.

Boy that was a wild story, huh? When they named him the starter for Thursday night, I tweeted out a pun referencing Nick Bullen. As you might suspect, it tanked hard, even during a last-ditch revival effort at my own dinner table. Silver lining being that I tucked my tail and ran back here, to you fine people, thankful to write for the only publication in the world with an audience appreciative of punchlines that simultaneously reference early Napalm Death and 49ers practice squad QBs.

Fine, be that way. Anyhow, the Thursday night game was some Buster Keaton-level physical comedy, especially on the part of the Raiders. Mind you, the 49ers sucked too, they just sucked less, like Kanye West without slavery apologia. I don’t want to take away from grindcore legend Nick Mullens moment in the sun, but at one point I did see him straight-up Ray Nitschke leg whip his own tailback. You dont need to take my word for it, though; the NFL-sanctioned highlight video only runs 7:23. Those things are usually twice as long, and the point total was 37, meaning that they sacrificed ad revenue rather than show you more game footage because it was such a clown show. 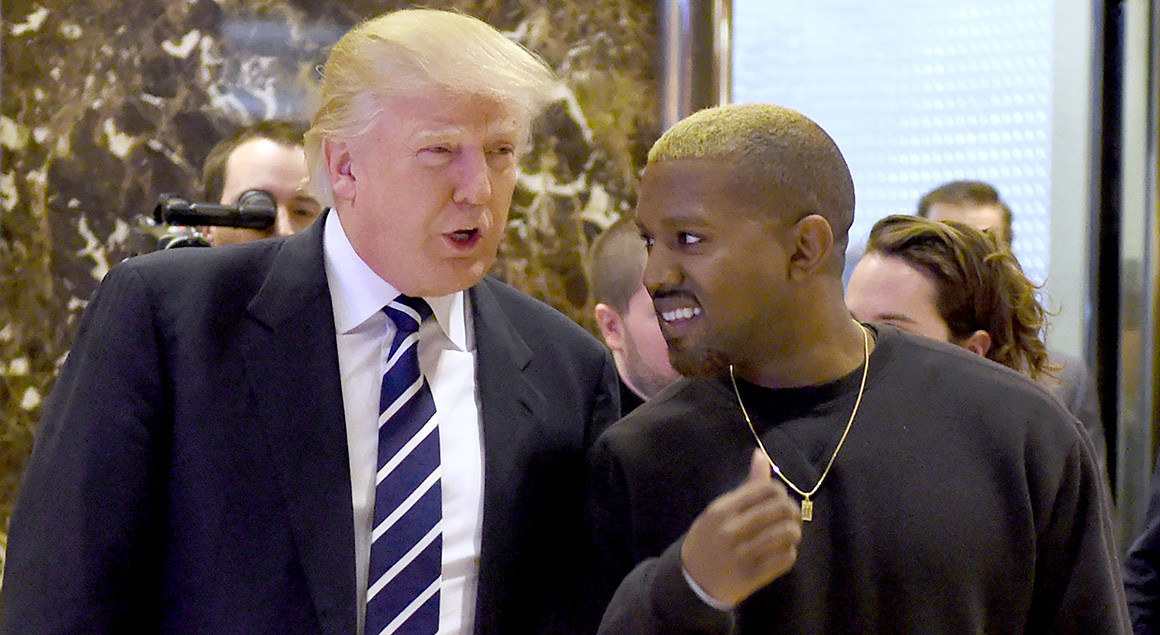 I would be remiss if I mentioned the point total without noting that you guys collected on that under if you took my Twitter pick. And I would be – uhh remisser? – if I referenced Kanye without mocking the hagfight that broke out in his wake. I’m avoiding politics today for the sake of what is left of my mental well being, but I think we should all urge them to reconcile. Not for the sake of their political input – they are both ignorant garbage people – but for the sake of a prospective Who’s Nailin Palin sequel and/or remake, that being the only benefit they could provide the world once they are tossed into the trashcan of obscurity by the traitorous grifters who will inevitably deem them no longer useful.

Because they are so stupid, you see. Attractive, but very, very stupid. Sorry, I know, that might qualify as politics. Sort of, anyway. Hot, sexy politics! *is hit in face with tomato*

I really did shut it all off today. Last night, actually. I think it was Thursday night when Trump went full-on trailer-trash racist, tweeting out an ad in which a Mexican meth addict (released by Joe Arpaio during the W presidency, but who has time for facts anymore?) threatened to kill cops, and somehow this was tied to asylum seekers from Honduras. At the rate he was going last week, that was enough for me. Ive even avoided Twitter, so there is a non-zero chance that as I type this hes on Fox News deliberately harming a puppy to prove a point about the estate tax.

The respite is welcome. I finally got to read the Greta Van Fleet pitchfork review, for example! At least three Beatport and/or Twitter friends sent me links, and it was as devastatingly bitchy as everyone said, every point ice-cold valid. Anthony Fantanos Needle Drop mopped up whatever was left.

However, if I’m being honest, I like that Anthem of the Peaceful Army exists. Its not because Pitchfork are insufferable hipsters (though they are). Its not because Greta Van Fleet are good (they are not). I just like the consistency. Depending on your age, you may or may not remember Kingdom Come, but they were a band that in 1988 released a self-titled album full of shameless Led Zeppelin rip-offs, the most flagrant being Get It On. Then, in 1998, Soundgardens Chris Cornell wrote a solo album called Euphoria Mourning, which allowed him to shed any pretension of counterculture and embrace his inner Robert Plant, complete with the corniest lyrics imaginable. Led Zeppelin themselves reunited in 2008, garaging their way through key-dropped covers of their own originals. Now in 2018, its Greta Van Fleets turn, I guess.

Its not like I care about stealing from Led Zeppelin. I don’t even like Led Zeppelin (I only like cool stuff). But I do love to see the vapid, soulless music industry squirm, and since they don’t have any original ideas, I am consistently amused by the fact that they try this every ten years. And more amused still when it bombs, every ten years. Its like a comet. Or an eclipse. Or when the sun peeks through John Cameron with Suzanna and he kisses the whiskers left and right – whiskers! HEY LOOK FOOTBALL! Hoo boy, this ain’t hard. First off, I want my credit for writing, in my very first column of the season, that Gregg Williams is a genius who has figured out how to use Hard Knocks as a vehicle to swipe Hue Jacksons job mid-season. Seriously, it was right there! Do I get to add a tick to the win column? I guess it wasn’t in bold.

Look, in the long term the Jackson firing probably makes sense. I think he did his best, and his players seemed to love him, but the guy was 3-36-1 in Cleveland. Nobody else could have held on to a job for that long in the modern NFL, unless they were in Pittsburgh. Maybe Williams experience and track record will make them more formidable in 2019.

But it wont do a damn thing for them this week. Offensive coordinator Todd Haley got fired, too, which will likely do wonders for Baker Mayfield, who has been floating back down to Earth in recent weeks with a 4:5 split in his last three games. When thinking hard about what it might take to beat the best team in the AFC, not once have I thought the answer was internal chaos. I’d be comfortable laying twice as many points. Go big here. 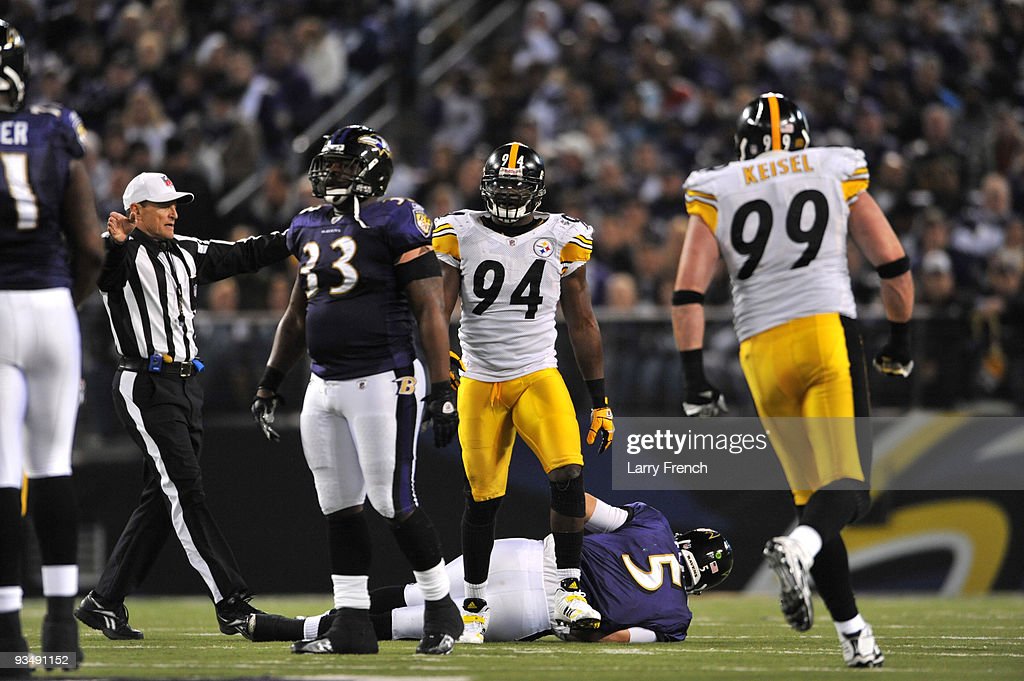 It took time to ride out a sloppy 1-2-1 start, but the Steelers are on a three-game win streak and on top of the AFC North, as everyone expected to be the case sooner or later. Those streak wins were pretty dominant, too, with the closest being a seven-point road win over the Bengals and the others being long-cover beat-downs of Atlanta and Cleveland.

Of course, the Steelers last loss was against the Ravens at home in week four, but a lot of things have changed in the interim. The Ravens have only won one game since, largely due to injuries, as their Injured Reserve list currently contains 12 names. Tackles Ronnie Stanley and James Hurst are also out for Sunday, along with LB Tim Williams.

Momentum is an unscientific concept, but not when paired with familiar trends. Joe Flacco is in peak-mid-season-Joe-Flacco form, with a sister-kissing .500 record, 12 TDs, and a 59.2 QB rating. Adequate but not so to a degree necessary to fend off a surging divisional rival averaging 34 points a game since their last meetup. This might not be the most fun game you watch on Sunday, but it should be bankable. They’re really going to fall for it again, aren’t they? Fitzmagic, once more for old times sake. God bless the NFL, where the people in charge never learn anything.

To be fair, they’re not falling for it so much as settling for it, as Jameis Winston was so dreadful in Cincinnati last week that he got benched after throwing his tenth interception in only three games back. He might have pitched out to a junior cheerleader and used a stolen down marker to block his own teams field goal if left in any longer. Meanwhile, the Fitzpatrick roller coaster drop has happened so many times that its been charted, and it always occurs after he starts three games. This might account for why he himself basically said he was good for three wins this year.

Carolina LB Luke Kuechly’s pass rush has steadily improved, to the degree that he was a factor in their win against Baltimore last week. Cam Newtons offense put up 36 in that game, and will now face the team ranked 29th in overall defense. They are 4-0 at home this season with a plus-35 point differential. All told, the Panthers are again quietly proving to be one of the best teams in the NFC, so we might as well cash in before everybody else figures it out, too.

That’s it! Everything I read or saw this week – including the record reviews – tossed in some blurb about voting on Tuesday, so I won’t do that, but I will note that it would be fun to see certain people deservedly tossed out on their asses. Regardless, Tuesday should be interesting, and hopefully not the bad kind. Lord willing we’ll get paid first.