Wait wait wait! Hold your fire! I will concede that at first glance we had another down week, the second of two in a row for the first time all season, I think. However, some of you should have come out even or very close to it, because we hit the Lamar Jackson prop. The over on Jackson starting .5 games should have paid +200, give or take, so you cant be that mad at me.

Also, fair is fair. Rotten week and complete incompetence of the Chargers defense aside, a promise is a promise. The Jackson prop was a pennies from heaven situation, so the payout goes to VCA Animal Hospitals as I pledged last week. 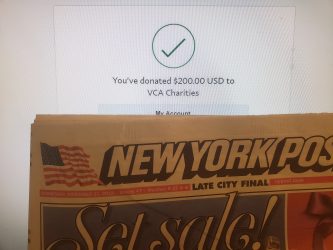 Having proven I am a man of my word, let me also prophetically defend myself against charges of hypocrisy. I have told you all numerous times how much I hate the fucking New York Post. I did not buy the copy of the post you see in that photograph. I am typing this on company time and the office gets copies of both tabloids delivered daily. I would have used the Daily News, but as it turns out they don’t print the date on the cover anymore! Who knew? This is terrible news for NYC-area kidnappers who want to show that their abductee is still alive, but both dislike right-wing media and lack the money to buy a copy of the times. Hence the kidnapping, perhaps.

Wish to learn more about the sausage-making process? Well, not only am I using valuable work time for your benefit, but now term for kidnapping victim is in my Google search history. The things I do for you people! 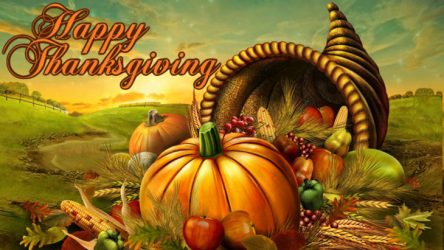 Anyway, you’re getting this weeks somewhat-truncated column early because tomorrow is Thanksgiving! That means some good things, like cornbread stuffing, and mac and cheese, and praise be to the God of your choice, football all Goddamn day long! There are of course negative connotations as well. Most of you will either have to travel or have a bunch of people over to your house. Some jerkoff and / or oldie is going to want to watch that stupid-ass parade. Also cranberry sauce.

What’s the deal with cranberry sauce anyway? Just kidding. I don’t want to pester you with stupid Thanksgiving food jokes. Hell, somebody out there reading this along with you really does like cranberry sauce. That person has dreadful taste, of course, but there is of course no accounting for taste, literally in this case. Come to think of it, that persons ship is about to come in when it comes to cereal. Hey, its their funeral.

So much of the stuff I read this week was about the current cultural climate in the age of president chickenhawk. Specifically, how to avoid arguments over the Thanksgiving dinner table, or people talking about how they cut a (generally older, probably stupider) relative out of their lives in order to avoid familial drama. Come on, people, fuck that noise! This is America! You should absolutely start political fights with friends and family during Thanksgiving. Thursday is probably going to be the only time you see them all year! How else are they going to know how you personally feel about Ohio’s six-week abortion ban unless you tell them, ideally in the middle of a prayer? I’m sure no one has made a bumper sticker yet.

By all means, try and cram your thoughts on the nature of gender identity into a concise four-hour monologue. Use your very personal and inherent-by-nature concept of bullying as a base on which you can construct any number of arguments against anything anyone else proposes to do about it. Use bullying if it helps, because you can always claim you were being ironic. Your loved ones will talk about what they’re thankful for, but we all know they’re really just leveraging any good fortune they happened to fall ass-backwards into as capital to make you feel envious or sorry for them. Don’t stand for it. Hit them with a pie if you have to, preferably mincemeat. Hell, why stop there? Use the green beans to spell out Ocasio-Cortez thinks there are three chambers of government!

Or we could just watch T.V. HEY LOOK FOOTBALL!

I swear I’m not being a mark here. If you didn’t see Chicago’s game against the Vikings on Sunday night, the 25-20 final score is a bit misleading. Chicago ran 39 times for a total of 148 yards and basically controlled the entire game. Minnesota stacked up 17 in the fourth quarter, but if you saw it live, the outcome was never in doubt. And by the way, I told you so.

Tittie Kissing Mitch Trubisky is dealing with a shoulder injury and is deemed questionable for the Thursday start. However, Trubisky was barely an asset over the course of the win. Specifically, he was 20 of 31 for 165 yards, one TD, and two picks. Chase Daniel is expected to start if needed, and apparently his defense is just fine with that.

If he’s good enough for them, hes good enough for me, because it is that defense which has put them at 7-3 and on top of the NFC North. You will recall of course that said defense absolutely abused Matthew Stafford two weeks ago, sacking him six times, forcing three fumbles, and picking him off twice en route to a 12-point win. Whether or not the Lions fleeced the Eagles in the Golden Tate trade is a separate question, but I’m pretty damn sure his absence isn’t doing Stafford any favors. Lay the points and use the early game as an excuse to not help in the kitchen. 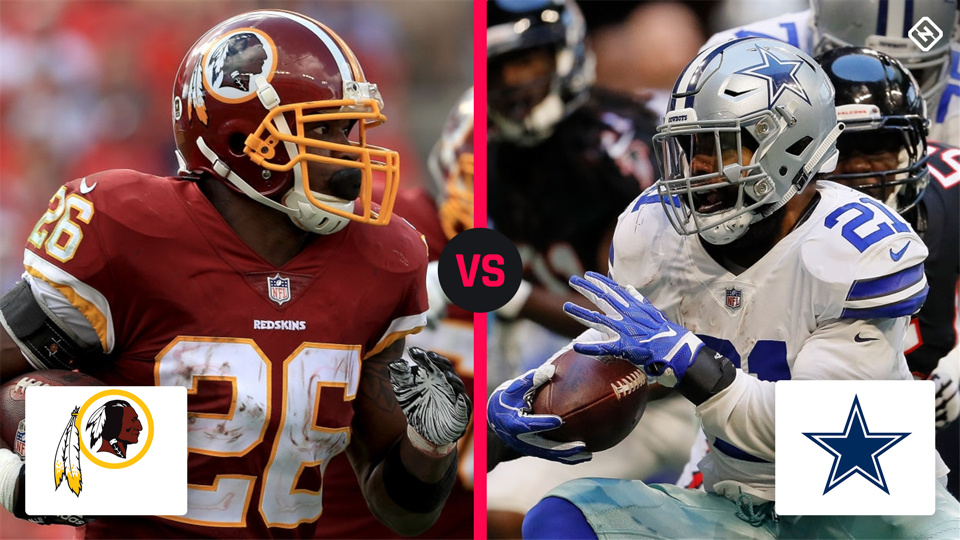 Don’t say it. Don’t say it. Don’t you dare mention the name of Mark Sanchez on Thanksgiving, and don’t even try and insult my intelligence by asking why. You know damn well why. Fact is, I was at that game. Not only that, but my beloved Jet fan discovered some sort of international/microbrew beer vendor in The Meadowlands during that game and was absolutely tore up before we decided to leave. Before halftime. Let me tell you, having no personal affinity for the Jets is cold comfort when you’re trying to console a highly intoxicated woman on a Jersey Transit train filled with pissed-off whadda YOU lookin at types whose Thanksgiving had just been ruined as the scent of vomit wafted through the air.

So, yes, the Redskins signed whats-his-face but hes only there to be a backup. Colt McCoy will get the start in Dallas as the result of Alex Smiths gruesome tib-fib fracture. The thing is, McCoy looked perfectly adequate when he came in against Houston after Smiths injury, going an admittedly understated 6 for 12 with one TD and no interceptions. Conceding the small sample size, his 76.8 QBR is actually much higher than Smith, who averaged out at 53.8 on the year. Granted, its an imperfect stat and this is an imperfect situation, but Colt McCoy of all people isn’t going to be intimidated on Thanksgiving Day in Texas. Colt McCoy was born on Thanksgiving Day in Texas!

OK, fine, Colt McCoy was born on September 8 in someplace called Hobbs, New Mexico, but you understand my point. He’s an adequate veteran, the homecoming gives him something to play for, and hes taking on a stumbling Cowboys squad who just white-knuckled their way to a field-goal win over Atlanta. I don’t necessarily see the Redskins winning this game, but I don’t see them losing by a touchdown, either. Whoa whoa whoa what the fuck is this doing here?!?!?! This is an NFL column, it says it right up there(^)! I know, relax. This is the prime-time college game on Friday night, and should be a hell of a contest. The Thursday night Atlanta / New Orleans tilt is too close to call in my opinion, so you’re getting a college pick. The holiday spirit mandates that you have to be thankful, you bastards. Don’t go spelling anything out in my green beans, either.

NOTE: I understand that most everyone will be watching the Saints game, if for no other reason than the residual effect from watching one of the best games of the century play out on Monday night. If you absolutely have to bet it, I would take the Saints team over – specifically not the total score over – which is currently available at 36.5. Team overs are a bit degen for what we do here, so don’t even call that an unofficial pick, but if you want to know my play, that’s the plan as of press time.

If you follow college football and you’ve heard anything about the Cougars recently, its probably about Gardner Minshew. That’s all well and good, but for our purposes, never mind Gardner Minshew. Truth be told, that Mike Leach Air Raid offense would make any QB look good, and there are definitely some errant elements on Minshew’s game. Thankfully, hes got the wide-outs he needs to cover for him, even if they do so at their own peril sometimes. Washington States defense is elite, as the team is allowing just 22.6 points per game, and those games come against PAC 12 offenses. Andre Dillard is a first-round defensive lineman and hell cause hell for Washington’s QB Jack Browning.

This is a rivalry game that Washington State hasn’t won in four years. Its their last game at home. They are 10-1 straight-up and ATS and a win here makes at least a case for them to be in the playoff discussion. It almost seems too easy but I cant see a trap. Lay the 2.5 and entertain yourself with a likely shootout while you gorge on leftovers.

Can we assume that the Steelers are going to rebound and win big again? That’s been the pattern for well over a month at this point. They crush Atlanta on October 7, then slip past the division rival Bengals by seven. Beat the hell out of the Browns, then nearly get tripped up by the Ravens. Cream the Panthers and then squeak past a reeling Jags by four. This is the part where you note that the disparity is road versus home. And then I note that even when it was close, they still covered by more than three. I”l stop short of they find ways to win because I don’t want you putting me in cliche jail.

Yes, the Broncos burned us last week, but that’s not going to stop me from rolling with the Steelers here. If anything, I think the Chargers win may have been the crest of Denver’s mid-to-late-season renaissance. Even if they’re still surging, the fact remains that the Steelers are up top of the Football Outsiders charts and Roethlisberger is carrying a 23/10 split and thrown 7 TD’s against three picks in his last two games. Pittsburgh has won three and lost one of their last four on the road. Never stand in front of a moving train.

Soooooo, those are the picks for this week. We wish you a Happy Thanksgiving! I will just type one more brief paragraph about sprint car dirt track racing and my favorite episodes of Different Strokes and other masculine things of no interest to ladies. No need to edit that, ha ha!

Psst, hey, I cant let Ms. Duquesne see this, but you should also lay the Patriots giving 9.5 against the Jets, because Darnold hasn’t practiced this week and no one is even sure who is starting and Belichick is psycho enough to run this up for revenge for the Titans loss two weeks ago, so just hurry up and do it because I’m risking at the very least a week on the couch, so just say it was someone elses idea WHOA HEY BABE whats up with the frying pan its a bit late for *GONG SOUND*

Its tough to hear between the blood gurgling and concussed slurring, but I think he said: