Christmas At Graceland: Home For The Holidays 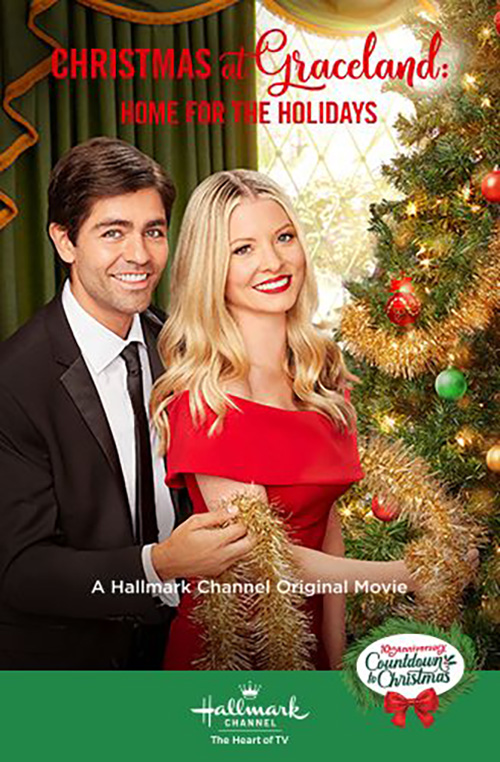 Christmas at Graceland: Home for the Holidays

Murder, rape, carjackings and lootings in Memphis during a steaming hot Christmas season

My career with Ruthless has been a good one with many high-water marks like Midnight Cowboy and my Christmas Movie reviews and related articles. There have also been a few low spots, but this movie is one ditch that I may not be able to crawl out of. Somehow, someway, Matt Cale talked me into reviewing Christmas At Graceland.

The opening of Christmas at Graceland depicts a Memphis that is white with snow and white with wealthy Christmas loving yuppies, no, DINKS, no, DEWKS, or whatever a single rich male parent with a bunch of kids is called. Of course, this is exactly the opposite of what you would really see in Memphis, but that is not important now.

What else is not important is that Memphis was conveyed as being covered with snow, the streets icy with mounds of plowed glaciers, and the school buses rolling merrily down the treacherous streets. Memphis has snow in December about once every 100 years; there are no snow plows, and schools close for a week if someone just dumps a cooler of ice out on their patio. In spite of their being snow everywhere, the skies are full of summer cumulus clouds, the oaks full of green leaves as are the crepe myrtles. Details, details, but Christmas at Graceland must go on.

Oh, and there were open-air ice rinks, with scarved white people skating expertly in their custom alpaca Christmas sweaters. It is snowing constantly. Now, if you have ever lived in Memphis, you know well that the city is more likely to be struck by a vicious thunderstorm or F-2 tornado than snow at Christmas, but why nitpick details?

Oh, yeah, the movie. I almost forgot. Well, just imagine a Memphis version of The Sound of Music and you will be fine. No, I’m not kidding, except that it is snowing and there are no mountains around Memphis except for the venerable Mt. Moriah. That’s about it. I am not going to reveal one single plot point. You have all the information you need. If you want to know what happens, watch the movie. Also, be aware that this Hallmark movie has more commercials than The Super Bowl.

[Matt doesn’t usually read my reviews, so what the Hell? I made it 38 minutes before reaching for my knife. I put the knife away and am going to put on my arctic gear and go battle the drifts and ice.]

OK, I’m back. Tits, I mean Harper has come to Memphis to visit her rich sister and apply for some hooty museum job that will base her in London. Why this is done in Memphis, which has the Pink Palace and The Metal Museum, I have no idea. Oh, it’s Brooks! [EDITOR’S NOTE: Hey, I am the Editor, and I am fully aware of the wonderful Civil Rights Museum, but there is no accidental darkness in this film]

Anyway, Harper is talked into becoming a Nanny for Owen Reed (he’s white, in case you were wondering with that name) and he is a kind, but driven CEO, who keeps his kids on a rigid timetable. Mommy is dead, of course, probably suicide living with this prick. Remember what I said about The Sound of Music?

That is about all I can do without revealing major spoilers that The Peanut Butter Falcon could see coming. Priscilla Presley, who has had more plastic surgery than Michael Jackson makes a cameo, so there is that.

This movie is 2 hours and 5 minutes long, a full hour of which are of the worst and most wholesome Christmas commercials I have ever fast-forwarded through. But, wait! What about the plot twists, reveals and surprises? Want to see a poor, lost puppy crash through the ice to a watery grave at Audubon lake? How about a Thunderbird crazed black man jacking Owen’s Escalade and stealing all the Christmas presents, while leaving the family loving CEO in a bloody heap on North Main? You’ll just have to watch the movie.