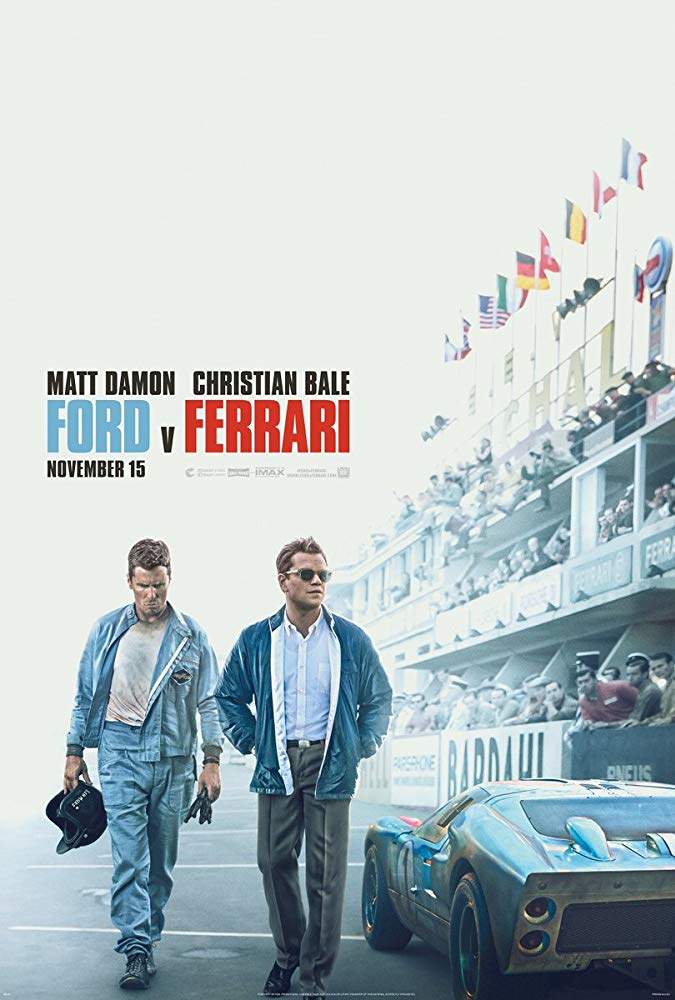 Another look at how realistic the movie Ford v. Ferrari is

Fair Value of Ford vs. Ferrari: $7.00. It’s a mixed bag of a good acting and race car movie cliches. For another view of the film, check out Kevin’s review that was entered earlier.

Is this film worth my time? It has exciting scenes of car racing, but they follow much of the cinematic language and formula of films like Days of Thunder and Rush.

Who is this film perfect for? People who like high performance sports cars, and the male bonding of designer Carroll Shelby (Matt Damon) and driver Ken Miles (Christian Bale) over the ins and outs of road car engineering.

Who will not like this film? Thereâs a lot of what seems like artificial or inflated animosity within the ranks of the Ford racing team. This film might be more accurately titled Ford v. Ford, because the primary antagonist is Leo Beebe (Josh Lucas), the vice president of Ford. The acts of the script move from the initial instigation of the conflict to a conflict between Shelby and Miles, before going to conflicts with the Ford racing team.

What is the summary of this film’s concept? How one angry rich man, Henry Ford II (Tracy Letts), threw money to assemble a team to show up another angry rich man, Enzo Ferrari (Remo Girone).

How does this film compare to others like it?

Le Mans is a bit more like bull-fighting than a sport. It’s a race that goes for 24 hours, even if thereâs fog or rain, and the track itself is aberrant from more modern sensibilities of car racing. What really jumped out at me about this movie was how relentless the racing was back during this period. No rain breaks at all.

After Lee Iacocca (Jon Bernthal) is rebuffed in an attempt by Ford to acquire Ferrari, Henry Ford decides to debut the GT-40 by winning at Le Mans. However the prototype is untested, the team faces the challenges of the Le Mans rules, and they face second guessing at every decision from the Ford leadership.

What works in this film? The film does get towards the more philosophical aspect of the sport. The best dialogue in the film is when Ken Miles is trying to explain his compulsion to race to his wife, or to explain the finer points of the course to his son.

My father, who was briefly a professional SCCA driver (1972-1983, participating in the Solo Nationals twice) considered Miles to be on the level of Mario Andretti, Jim Clark, and Steve Kinser. He watched Ken Miles race at Laguna Seca and Riverside. He described Ken Miles to be as “being like a gymnast- able to perfectly repeat the exact same points on the track”. He did not consider this movie to convey the experience of competitive sports driving.

Thereâs a monologue that Shelby makes at the beginning and ending of the film, about how at a certain speed, the car disappears, and you just become a body, moving through time and space. My father agreed with that monologue. He agrees that there can be what Miles calls “the perfect lap”- but “you only know the perfect lap after it’s already over”.

Ford v. Ferrari does not represent actual car racing. Nobody ever shifts gears in a straightaway. To quote my father again “all that crap with the drivers looking at each other? No… you’ll be dead soon after that”.

Again differing to the person that was actually there and a Ken Miles fan, but there wasnât a perception that Miles was difficult or argumentative.

Conclusion: It’s a Hollywood race car movie, with Hollywood drama and Hollywood stakes. It may work for people whoâve never gone faster than 100 mph, but it’s not a representation of the reality.