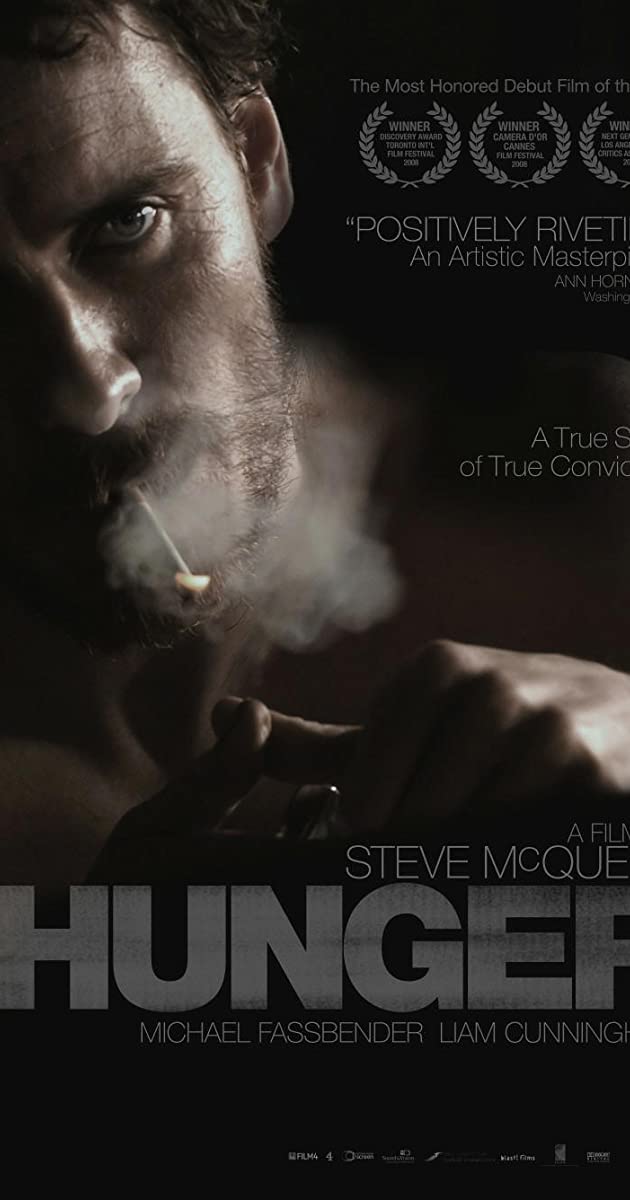 I saw this in April of 2009 and the rest of the year failed to produce a more perfect film. Director Steve McQueen (not the one I was thinking of, as it turned out) crafts a completely compelling take on the famed hunger strike endured by Bobby Sands (Michael Fassbender) and other political prisoners associated with the Irish Republican Army. However, Sands is not even seen until the second act of the film, after a brilliant first act that is nearly dialogue-free, detailing the conflict that leads to the hunger strike.

This is not an overtly political film; it is uninterested in taking sides or advancing an agenda. Instead, it is an art film that is powerful, insightful, and always supremely engaging. McQueen showed incredible prowess in his feature film debut, drawing deserved comparisons to filmmakers like Michael Haneke and Lars von Trier, and Fassbender shot to the top of my favorite living actor list with his stunning performance.

The second act is a nearly 20-minute unbroken take of a conversation between Sands and a priest (Rory Mullen) that stands as the most enthralling scene of two people talking since My Dinner with Andre (1981), but it is the unbelievable third act that simply must be seen.

There is only so much I can tell you about this film; it is truly an experience you have to have for yourself. Perhaps the most interesting thing I can leave you with as a recommendation of its supreme humanity is a story told by the filmmaker himself: during an extremely realistic scene of prison guards beating inmates during the first act, McQueen says he demanded another take and suddenly realized the horrific violence that was being done at his behest, and though the actors were more than willing to continue, he was suddenly overwhelmed and had to let his assistant direct the scene while he stopped and wept.

Fair warning: you may need to stop and weep as well.