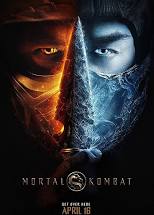 Better than you remember

Mortal Kombat (1995): Better Than You Remember

Let’s take a walk through pop culture history and talk about one of my favorite movies. In my opinion, it is the greatest video game to film adaptation to date. This movie isn’t just good by video game movie standards, it is good by regular action movie standards, and it does not get enough credit.

People look back on this absolute classic and lump it in with movies like Street Fighter and Super Mario Brothers, each of which have that “so bad it’s good” quality. These movies are entertaining in their own campy or flat-out batshit crazy ways, but neither can be objectively called a good movie. Cult classics? Sure. But, I’m here to talk about a regular classic.

Mortal Kombat (1995) is a great movie. No asterisks. No caveats. Full stop.

Here’s a simple idea: in a movie about supernatural martial arts, plot does not matter. When the whole movie revolves around a series of fist fights, you only need three things: heroes you can root for, clearly defined stakes, and great stunt work. All three were lacking in the recent Mortal Kombat reboot, and all three were knocked out of the park and into the proverbial spike pit by the 1995 film.

Let’s walk through this step by step.

First things first, Mortal Kombat kicks off this expertly paced film by hyping you up with the now iconic Mortal Kombat theme song. I’m already hype and the title card hasn’t even left the screen yet. A+.

First things first, we meet Shang Tsung giving a savage beatdown to our hero’s little brother. Immediately, we get a small taste of the stakes. This man can steal souls, and Liu Kang is both guilt-stricken and revenge bent. This set up could be a movie all on it’s own.

Next, we meet Sonya Blade. We get a clear picture of who she is and what she wants. She is tough as nails, hell bent on taking down the man who killed her partner, and she has absolutely zero time for your bullshit. And we get all of this from about 2-3 minutes of her chasing Kano through a warehouse.

But, not just any warehouse, a warehouse rave. They were everywhere back then and I am still one hundred percent here for it. It’s got everything: 90’s techno music, strobe lights, random chains hanging from the ceiling and a shotgun with a big-ass flashlight on it. This scene feels more akin to something out of a genuine crime-thriller than a fantasy kung-fu movie.

I would watch an entire movie dedicated to Sonya navigating a seedy 90’s underworld.

Before I move on from Sonya Blade, I want to point out that Bridgette Wilson was only 21 years old during production, and yet I absolutely believe her as a hard-boiled FBI agent. For a former Miss Teen USA winner, she delivers with a perpetually pissed off scowl and rock solid presence.

Next, is Johnny Cage. In an absolutely perfect bait and switch moment, we are introduced to him fighting nameless henchmen in a warehouse, only for the scene to pull back and reveal he is actually an actor on a movie set. It’s the first great punchline of the movie and more importantly it tells the audience a lot about the character and the movie’s tone.

First, we are shown that this guy clearly knows how to fight. Then we see that he is also a complete diva, hilarious, and that he has an inferiority complex because the general public thinks he’s a fraud. It perfectly cements his character, we know exactly what to expect from him and yet we cannot wait for him to do it.

He’s like Tom Cruise if Tom Cruise was likeable, and not just a dead eyed space-cultist who almost definitely knows where Shelly Miscavige is buried.

More importantly, this scene accomplishes something that no other Mortal Kombat film has. It sets a clear tone.The movie has jokes, but the movie itself is not a joke. Everyone who worked on this took the material seriously. It nails the comedy without sacrificing the drama or the stakes of the story.

Next, we meet Raidenâ¦ and I want to address the elephant in the room.

Look, is it wrong to cast a White Frenchman in the role of a Chinese Thunder God? Yes. Is Christopher Lambert an absolute joy to watch in the role? Also, yes.

I really don’t know what else to say about it. Whitewashing in Hollywood is wrong. It’s finally starting to be addressed in modern movies, but there is still a long way to go. If I was making this movie today I would not have given the role to him.

But, God damn it, Christopher Lambert is just so motherfucking charming. He plays as a wise mentor and yet still cracks wise whenever he gets the chance. He is a lot of fun and really ties the movie together nicely.

And all things considered? It could have been way worse, like “Breakfast at Tiffany’s” worse.

Another important aspect of these character’s introductions is that each one has a little seed of plot buried in it. The movie doesn’t just dump the plot at you up front, it gets you invested in the characters first because the plot is fucking stupid. Humans need to fight supernatural ninjas, otherwise the world ends. But, we care about the fights because we care about the characters. If they lose, they die. And we want them to live. It’s not complicated, but it works.

When Scorpion and Sub-Zero are revealed, that could have been a ridiculous disaster, but it works. This is where the CGI starts to get a little bit shaky, but it’s compensated for by dark lighting and also the point of view of the characters. The characters are just as surprised to see these things as we are, and that helps cushion the blow.

Now, let’s talk about the bad guys. As Shang Tsung, Cary-Hiroyuki Tagawa is a force to be reckoned with. It’s like God carved his face and voice out of wood for the express purpose of villainy. I would pay good money to see him cast as a classic angry police chief ripping his hot-shot detectives a new asshole.

Sub-Zero and Scorpion are intimidating with their cold-dead eyes and they are in the best fight scenes of the whole movie. Goro is a practical effects masterpiece with great voice acting. And then there’s Kano.

As in the new movie, Kano is a delight. Trevor Goddard is oozing charisma and sleaze in equal parts. He’s fucking gross, but in the best possible way. He’s like Karl Urban before there was a Karl Urban. He’s your girlfriend’s ex and he’s a complete piece of shit and when he shows up at the bar and flirts with her, you aren’t even that mad about it. He’s just got it, whatever it is.

There is a scene with Kano and Goro that’s basically just an exposition dump, but both Goddard and Goro voice actor Kevin Michael Richardson (and good writing) elevate it. The scene gets the exposition across, but also really pads out some good development for both characters. It’s the best dialogue scene between a man and an animatronic puppet you will ever see.

And God damn it if that feast doesn’t look delicious. I love me some Wet Ass Poultry.

And then, about halfway through the movie, we get what we came for. Five back to back fight scenes. Here is a movie that understands its audience, but does not pander to them. I know this doesn’t sound like a hard thing to do and really, it shouldn’t be. But, go and watch the new Mortal Kombat or, I don’t know, The Rise of Skywalker, and tell me that Hollywood knows how to treat its fans.

This movie delivers on the action, the comedy and most importantly, the characters. The finale works because every character has an arc that gets completed. Sonya blade gets Kano, the man who killed her partner, but more importantly she finally accepts that she is not a one-woman army and is not ashamed to get help from her friends.

Johnny Cage has a chip on his shoulder, he wants to prove that he is not a fraud, that he is a serious fighter. He gets his chance to make a splash by taking on Goro and what does he do? He punches Goro in the dick and runs away. He realizes that winning the contest is more important than his own ego.

And finally, Liu Kang faces his guilt and realizes that his brother’s death is not his fault. The real fault lies with, you know, the guy who broke his brother’s neck and stole his soul. Kind of a no-brainer, but come on, we all grieve in different ways.

Mortal Kombat is on Netflix and HBO Max and I demand that you rewatch it and give it the respect it deserves. If you don’t watch this movie and enjoy it, I will personally kick in your door and uppercut you through your own ceiling while your neighbor shouts, “Toasty!” through your living room window.

Some people will harp on the questionable CGI, but that only makes up a few minutes of the total runtime, and there’s really only one or two shots that don’t work. Watch the new Mortal Kombat movie and tell me with a straight face that it has better CGI. Newer, maybe, but not better.

At any point, this movie could have been phoned in, had corners cut, or been a cheap cash grab who’s budget was spent, presumably, on mountains of cocaine instead of actual production (see Mortal Kombat: Annihilation). But, this movie delivers and it actually elevates the source material.

This is also one of those rare occasions where test audiences actually improved the movie. Test audiences liked the movie, but wanted more fights, so the cast and crew went out and shot more fights, including the Scorpion vs. Johnny Cage fight, which is one of the best choreographed, best shot and best edited fight scenes I have ever seen.

Honestly, I expect no less from Paul W.S. Anderson, the man who gave us another underrated all-time banger, Event Horizon.

She will fuck you up.

Originally from New Jersey, Mike Rinaldi has spent his adult life in North Carolina. A veteran of the food service industry, Mike is passionate about comedy, television, movies, books, games, fantasy, sci-fi, whiskey and beer. His life changed forever when he discovered that beer could be purchased at a gas station, a thing unheard of in the frozen North