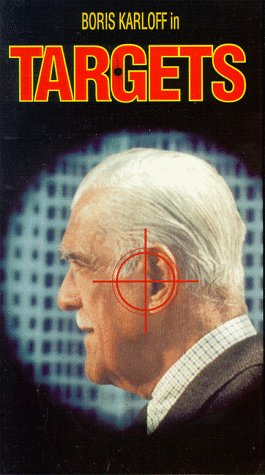 Back in Dear Old Blighty in 87 when I was a cherubic-faced schoolboy half-mesmerized by Tracey Sharpe’s swaying pigtails, a jobless loner in a nearby market town killed his mum, burned their house down and strolled around with an arsenal of high-powered weaponry slaughtering whoever he could find.

Ho hum. Guess we all have days when we wanna shoot up the neighborhood.

Then after moving to Oz in 96 a middle-aged suspected pedo walked into a Scottish primary school with four handguns, shot a teacher and murdered a whole bunch of children.

Ho hum. Kids can really get on your tits though, eh?

A couple of months later as I was driving across the Outback a crackpot nipped into one of Tasmania’s best known tourist attractions to wipe out 35 unlucky sods, earning the title of the world’s most lethal mass shooter, a record that stood until 2011.

Ho hum. Can’t really blame a guy for having a goal in life, can you?

Anyhow, after all these dreary, essentially avoidable massacres, both the British and Australian governments took strong action. The vast majority of people can no longer own the likes of a Glock or Kalashnikov, a situation that no one seems to object to. And the result? Mass shootings (although they still happen) remain highly unusual in both countries.

Meanwhile, governments that fail to get their shit together often come to regret it. You may recall the rabid nutter who popped into a New Zealand mosque to live-stream his shooting spree a couple of years ago. All I’m trying to say is that most sensible governments eventually realize that immature individuals and easily available, military-grade weaponry never mix well.

Such a sentiment seems so bleeding obvious that it really is a mystery why the Yanks don’t get it, especially as they essentially kicked things off in 66 when an ex-Marine climbed a university tower in Texas to do his thing. In other words, America could’ve led the way in gun control. Instead, more than half a century later, it’s hard to think of a better example of a civilized nation with its head more firmly wedged in the sand. The US remains the country with the world’s most mass shootings (more than 430 in 2019 if anyone over there gives a fuck). Honestly, to the outside world, such a state of affairs is both pitiful and plain baffling. Is this where I adopt a pained expression, wring my hands and start wailing about how many more have to die?

Of course, I’m aware of a cherished right such as the Second Amendment, but I really don’t think it’s meant to apply to armaments that can spray death. And so whenever I meet an American (while wearing a bulletproof vest obviously) I’ve been known to muster the courage to ask about this somewhat troubling love affair with guns. From what I can gather Yanks feel if they’re forced to give up their cute gun-toting ways, hoodlums from all five Death Wishes will immediately join together, rampage through the neighborhood and rape their Mexican maid. They also appear to think that once the guns are gone basic freedoms will be next, although no one’s bitching about heavy-handed federal oppression in places like Britain and Oz.

Perhaps the situation is a bit more nuanced, no, fundamental, than I’m giving it credit for, but it’s all a mystery to a thick Limey like me, especially when I hear phrases like The only way to stop a bad man with a gun is a good man with a gun. Well, how about preventing the bad man from having the poxy thing in the first place? Indeed, Americans can be so stupid and inflexible on this issue that it just makes meâ¦ well, wanna shoot ’em.

Perhaps some of you already feel the same way about me. I often have that effect on people. But before popping a round or two into your trusty hunting rifle, a weapon that’s no doubt already been used in the dispatch of lots of pesky woodland wildlife, I suggest you watch Peter Bogdanovich’s masterly Targets. Now I don’t really know what a fancy word like prescient means, but I do know this movie, which superbly fuses the traditions of old horror movies with a new breed of random violence, is as relevant today as when it opened nearly fifty-five years ago. Kudos, Mr Bogdanovich, kudos.

We start with fading horror star Byron Orlok (Karloff), an old man who just wants to get out of the movie business. “I’m an antique,” he complains to his latest producer. “The world belongs to the young.” Once the King of Blood, he now realizes that the kind of horror he specializes in is no longer relevant. “No one’s afraid of a painted monster anymore,” he says, pointing to a front-page newspaper report of a mass killing at a supermarket.

Meanwhile, trusted customer Bobby Thompson (O’Kelly) is picking up his latest rifle at a shop. “I’ve always wanted a gun like this,” he tells the salesman in his only show of enthusiasm over the next ninety minutes. “It’s a beauty.” Bobby opens the trunk of his car and lays it on top of a cache of other weapons, the first real sign things are not well with our good-looking, all-American boy.

Slowly we get more clues about his impending meltdown. Target practice with his patriarchal father results in training a loaded gun on him. Plus, there’s the weird way he strolls around his home, examining things as if it will be the last time he ever views them. There are stilted, unsatisfactory conversations with his lovely wife that hint at a raft of underlying issues. “I don’t know what’s happening to me,” he confesses to her one night after she comes home tired from work. “I get funny ideas.” Following a vaguely uninterested reply, he adds: “You don’t think I can do anything, do you?”

Like Travis Bickle, Bobby obviously can’t articulate his inner rage. Instead he simply drives around in his white open top Ford, scoffing chocolate bars while accompanied by perpetually jangly sixties music on the radio. Unlike Bickle, however, Bobby is no weirdo loner … he’s got a job, a beautiful wife, a nice family home, is mostly upbeat and interacts without difficulty, and possesses no obvious mental health problems. His only real vices appear to be a gun obsession and a sweet tooth.

But there are no more clues to be had before he types a note in red ink and lays waste to most of his family in a very deglamorized scene, almost apologetically placing them back in bed. Half an hour later he’s atop a giant oil tank by the side of the freeway casually swigging a Pepsi while taking potshots at the passing drivers. Unlike Orlok’s quaint movies, the horror doesn’t take place on a rain-lashed night. There are no lightning flashes and peals of thunder as Bobby eventually turns up heavily armed during Orlok’s farewell appearance at the gala re-opening of a drive-in theater.

O’Kelly, who never starred in another movie and died young, is a terrific, believable killer. He doesn’t whoop after taking life. Neither does he rant or swear. He simply continues killing, his course of action apparently as much a puzzle to him as the viewer, although you do get the impression he sees himself as taking part in some sort of game. Whatever the case, he’s a world away from the deranged antics of Dirty Harry’s Scorpio as Bogdanovich directs in an unshowy manner, refusing to indulge in any melodramatic or overblown scenes.

Best of all, there are no anti-gun speeches, finger wagging or damning statistics flashed up at the end. Bogdanovich simply depicts what happens when you allow vaguely resentful, wildly immature men easy access to firearms.

Over to you, America.

Dave Franklin occasionally writes about gun-loving whack jobs in novels such as Riders on the Storm and Other Killer Songs. You may peruse it on Barnes & Noble, Apple, Google Play and Amazon.

Dismayed by the state of the post-2000 cinema, Dave Franklin hasn't visited a movie house in more than a decade. He can usually be found in a dingy room dressed up as Marilyn Monroe, pining for the lost days of the 70's cinema. Saying that, he will visit you for an appropriate fee.