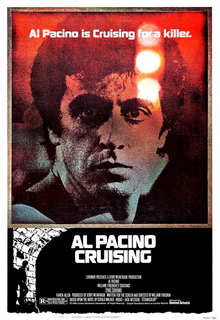 I once backpacked in Hanoi and happened to walk past a public toilet to see one of the little locals loitering near the entrance. Certain he’d caught my eye, he proceeded to unzip and begin wanking. Slightly taken aback (while trying to hang onto the old adage Travel broadens the mind) I looked around to check he wasn’t aiming his amorous intentions at anyone else. After all, it was the first offer of sex I’d had in about three years. By now his right hand was a blur of activity. I watched with a kind of detached boredom, convinced this Vietnamese dude was demeaning himself and that romance really was dead. I mean, where were my flowers? What about my bloody chocolates?

Given that I’m a Real Man, I knew the appropriate response was to stride over and beat the living shit out of the brazen pervert, especially since it was broad daylight and he was at least a foot shorter. Lucky for him, I’d just bought a pirated DVD of The Wizard of Oz for 25 cents and was keen to get back to my hostel and organize a sing-along to We’re Off To See The Wizard. Meanwhile, my would-be lover was less than impressed with my slow hand clap. His show of devotion was definitely starting to shrink. Slowly but surely he put his thimble-sized appendage away and slunk off.

Now, if true be told by this timid, repressed Welshman, I do find aspects of unfettered male homosexuality both confronting and baffling. This outlook is always reinforced whenever I catch the first ten minutes of that 90s movie in which Reese Witherspoon gets her perfect, milk-white baps out. I find it inexplicable how any warm-blooded man can resist such a wondrous sight, even if her glorious display does have a cataclysmic effect on my dignity. Sometimes I collapse weeping before crawling across the carpet to claw at the screen, incensed that the goddamned movie isn’t 3-D. Other times I start drooling, squawking, and flapping my arms like some giant oversexed chicken. In short, I can never predict the effect Reese’s twin beacons of loveliness will have. Of course, I know gay guys are wired differently, but surely it’s not the same to remove your partner’s top and have to make do with a pair of flat, hairy tits?

Well, I don’t know, but that convoluted preamble will have to serve as my lead-in to William Friedkin’s notorious S & M thriller, Cruising. Now Friedkin’s had a long and interesting career, boosted early on by the mega-hit French Connection before peaking soon after with the monumentally brilliant Exorcist. However, by 1980 he’d already learned that the planets have to align for a good, successful movie to come into existence with his sometimes apoplectic critics gleefully pointing out that the much-derided financial misfire Cruising was surely a big step toward making piffle about a flying druid nanny turning into a tree. I disagree because although Cruising is a long way from perfect and riddled with lousy, unintentionally funny dialog, it’s still a strange, memorable beast. Whatever the case, no one could accuse Friedkin of going at things half-cocked.

The plot centers on a whack job of offing members of New York’s S & M crowd, firstly picking them up in leather bars and then sprinkling their dismembered parts into the Hudson. The killer wears dark shades, doesn’t say too much, and likes to smoke in that cool, detached way. For some reason he also childishly half-sings to his victims with the rather less than scary: “Who’s here? I’m here. You’re here.” Er, what?

Anyhow, Pacino doesn’t turn up for the first fifteen minutes, presumably worried it’d be a bit too gay to be in this thing right from the start. He then finds himself on the receiving end of some memorable questions from his bizarrely limping, relentlessly bored-looking boss who wants him to infiltrate the land of the gays. “Have you ever had your cock sucked by a man?” Sorvino demands while Pacino embarrassedly fumbles for an answer. Within seconds, the captain is coming at him again. “Ever been porked?” As you can probably tell, this is not an understated movie.

Al takes the job and before long he’s attending to his eyebrows, flicking through skin mags called Mandate, pumping iron in front of the mirror, trying his peaked cap on for size, and hanging out under bridges. However, Pacino doesn’t bum anyone or get bummed. Indeed he spends a lot of the movie looking either bewildered or scared. Fair enough when you’re standing in a bar called Ramrod and there’s a guy lying in a hammock not ten feet away being fisted. The nearest you get to seeing him do any sweaty man-on-man loving is when he stares stony-faced at another guy fondling his chest, obviously thinking This shit never happened to Michael Corleone.

Friedkin does his best to create a sleazy, utterly loveless atmosphere devoid of anything approaching tenderness or intimacy. Indeed, he portrays the nighttime parks, sidewalks and bars of New York as crawling with leather-clad, hand-holding men. Even when Pacino seeks the sanctuary of his girlfriend’s apartment it wouldn’t be a surprise to see him open a cupboard and find a homosexual wedged in there.

There is one Nice Gay that Pacino befriends in a very lopsided bid to balance things out but, to be honest, he’s a wannabe playwright mooning over an absent lover and pretty wet. He says incoherent things like: “I’ve been sleeping all day with the aircon on. Just like Fidel Castro, except he’s running a whole country.” Somehow Pacino doesn’t punch him in the face. This guy’s ‘normal’ world simply isn’t where Friedkin’s interest lies so instead we get plenty of shots of handcuffs hanging out of back pockets and nipples being tweaked. Some dudes wander around in just their jockstraps, proud of their tattooed buttocks, and happy to watch their fellow patrons being rimmed. Others appear to sport permed moustaches. At times it’s just a sea of waggling man-ass. How is this shit legal? If the killer turned up in the middle of one of these bars and started chopping off dicks, I don’t think any of the clientele would bat an eyelid. They’d probably just think it was the latest fad from San Francisco. One thing is clear: These men don’t do subtlety. There’s no flirting, coquettish laughter or discreet glances. This is a world of carnivores in creaking black leather. In fact, everything’s so relentlessly sexual it’s exhausting. Don’t these guys ever play pinball or something?

And of course, whenever an overwhelming emphasis is put on sex, things quickly become very unsexy. Think Showgirls. Cruising often tips into parody, especially when you see pseudo-cops enthusiastically tonguing their nightsticks or one guy acting tough while wearing a belt studded with flashing lights. I have little doubt that the seeds for the fantastically funny Blue Oyster Bar germinated in the minds of the Police Academy team right here.

Saying all that, there’s also plenty to admire. Friedkin knows how to set up a shot, the plot steadily gathers pace and prime Pacino is always worth a look, especially the moment he sniffs an amyl nitrite-laced hankie and begins to furiously dance. Then there’s the extraordinary scene in a police interrogation room that features a gay suspect being threatened with the ‘floating ball test’, a no doubt less than scientific procedure that appears to be the modern-day equivalent of chucking a witch in a pond. Just when you’re trying to get your head round that an enormous black dude strides in wearing nothing but a thong, gold medallion and cowboy hat to start slapping whomever he wants. “Who is that guy?” the suspect wails. And no, just like the thoughtful, unexpected ending to this balls to the floor thriller, you don’t get an answer.

Cruising is bold, uncompromising stuff, the sort of movie that wouldn’t get made today so that’s a recommendation in itself. Get out of your comfort zone and give it a go. Right, I’m off to write to Mr Friedkin demanding he immediately begin work on a lesbian version starring Reese Witherspoon.

Dave Franklin once wrote a sensitive portrayal of a latent homosexual in the nuanced, achingly sincere novel, The Muslim Zombies. And he really means that.

Dismayed by the state of the post-2000 cinema, Dave Franklin hasn't visited a movie house in more than a decade. He can usually be found in a dingy room dressed up as Marilyn Monroe, pining for the lost days of the 70's cinema. Saying that, he will visit you for an appropriate fee to read excruciating excerpts from his novels.