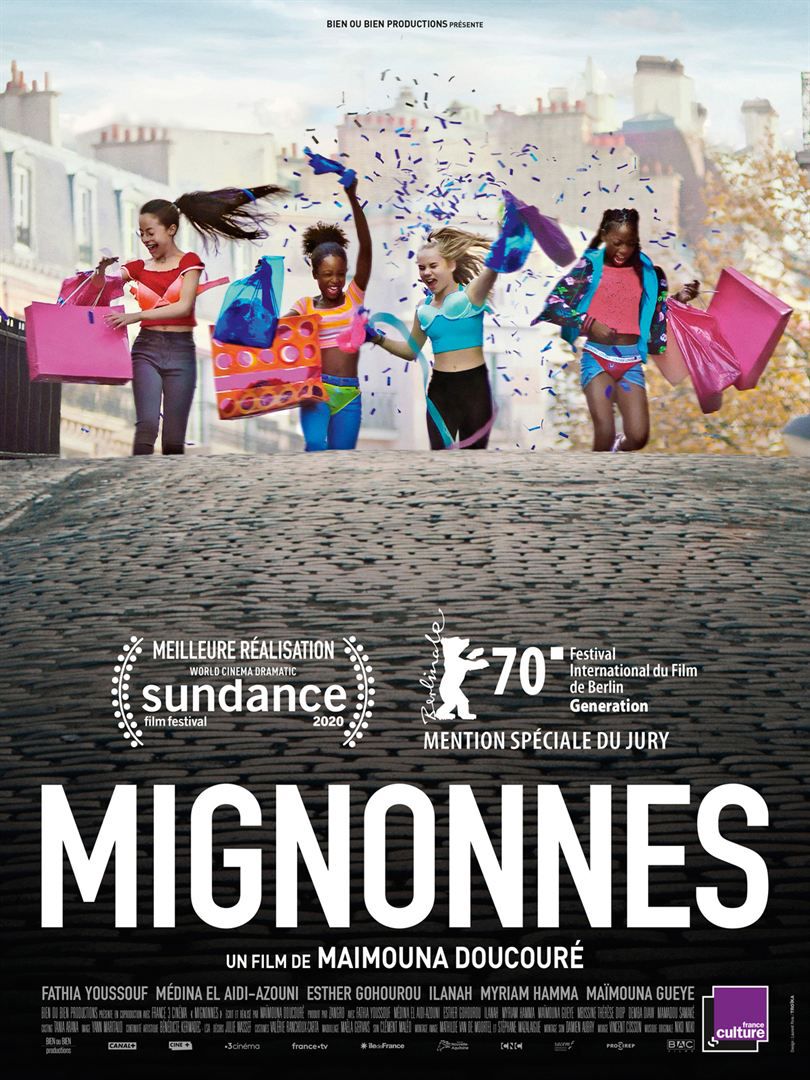 Francois Truffaut famously stated: “There is no such thing as an anti-war film.”

In essence, what he was getting at is that any subject, when filmed and put on screen for viewers, inherently becomes glamorized and entertaining, and the filmmaker is therefore unavoidably subverted into creating entertainment out of the very thing which they set out to condemn. The dictum can apply to any number of controversial subjects beyond war. Oliver Stone set out to skewer sensationalized media violence in Natural Born Killers, a movie which is itself awash in sensationalized media violence. The violent rape scenes in movies like Deliverance and Irreversible are obviously horrific and the act is in no way condoned by the filmmakers, but these scenes become the most iconic and talked-about, the very reason these movies are known many years later.Â

The recent French film Cuties (Mignonnes) is a perfect example of this phenomenon, a movie that examines the ways in which girls of a certain age are sexualized, and encouraged to sexualize themselves, by the culture in which they live, but also a movie that notoriously features real young girls engaged in highly sexualized and provocative dancing. If you know of Cuties at all, it is undoubtedly due to the controversy surrounding it. In a nutshell, Netflix acquired the highly acclaimed Sundance hit and debut feature from writer-director Maimouna Doucoure, then promptly shot itself in the foot with an ad campaign that accentuated young girls “twerking” and basically made the movie seem like a pedophile’s dream come true, prompting a broad swath of the internet (especially right-wing trolls like Jack Posobiec and Tucker Carlson) to condemn Netflix and the filmmaker, the latter of whom even received death threats.

The perspective of the movie is far more nuanced than the raging screeds of those who self-righteously refuse to see it in their haste to condemn it. Amy (Fathia Youssouf) is an 11-year-old Senegalese immigrant in France just trying to find her place in her new world. She seems bored by the traditional Islamic practices and rituals of her family, and fascinated by her neighbor Angelica (Medina El Aidi-Azouni), who Amy observes practicing dance routines in the shared laundry room. She follows Angelica and, after initially being rebuffed, gradually becomes a part of Angelica’s synchronized dance group and friend circle, “The Cuties.” As Amy learns new dance moves, fashion tips, and attitudes from her new friends, she also struggles with her mother’s tumultuous relationship with her father, who has taken a second bride back in Senegal, with whom he plans to move into their new home in France.

Amy studies lewd music videos for new dance moves to bring to the Cuties, gradually increasing her social cachet, sometimes at the expense of other girls. Youssouf’s naturalistic, understated performance, as well as scenes like the very authentic and realistic fight between Angelica and one of the other Cuties near the midpoint, give Cuties an immediacy that at times borders on documentary-like, but Doucoure also indulges striking visual impulses throughout that lend the movie a feeling of magical realism. The dress Amy is meant to wear to the wedding of her father and his new wife takes on a sort of supernatural significance, predicting Amy’s first menstrual period and other significant moments in her life with a dreamlike surreality. A particular highlight of the filmmaking is a slow-motion sequence in which the Cuties run through the streets wearing recently purchased adult undergarments over their children’s clothing after a shopping spree, as well as the haunting but ultimately uplifting final shot.

At its best, Cuties is reminiscent of many great recent coming-of-age movies like Lady Bird, Eighth Grade, and another Netflix festival acquisition, Yes, God, Yes. In terms of the age group of its protagonist and her friends, Cuties is probably closest to another surprisingly good preteen comedy from just two summers ago, Good Boys, which leaned even more heavily into raunch and inappropriateness but faced no similar backlash. Whether that is due to the protagonists and perspective of that movie being male, or because the inappropriate aspects were played more for laughs than sincere discomfort, one can only speculate. When Cuties reaches its controversial climax, it is a scene played for maximum discomfort, and anyone who doesn’t feel that way is likely exactly the type of person the controversy surrounding this movie may have led you to believe is its only audience.

In point of fact, Cuties is a very smart movie about the societal sexualization of young girls, and how they can become complicit in it while still being innocent of exactly what it all means. It is about a young girl learning and exploring what adulthood might mean, and ultimately choosing not to let go of childhood and innocence just yet, much like Elin and Agnes, the protagonists of Lukas Moodysson’s brilliant coming-of-age drama Show Me Love, which Cuties also resembles in its honesty and frankness. While it pushes the limits of what is acceptable for a child actor to do in a movie, its aim is always toward sincere empathy, never exploitation.

Before I agreed to be the one to review this controversial hot potato, there was talk around the old Ruthless water cooler about whether anyone who watches Cuties might end up on some sort of sex offender registry. This was clearly never the director’s intention, just as Stanley Kubrick never intended Full Metal Jacket to increase military recruitment numbers, yet it reportedly did just that. There is no such thing as an anti-war film.

Ironically, along with its heavily embellished reputation, the TV-MA rating which Netflix has assigned the movie (or the NC-17 one with which Google has tagged it) only ensures that the teen and preteen girls who might relate to it most will likely not be allowed to see it, while any adult pedophile (which seems like a redundant phrase) will have unlimited access. It is beyond uncomfortable to think anyone might actually be using this thoughtful, artistic film for such purposes, and it is an ironic example of exactly the type of culture Doucoure is out to condemn that Netflix advertised it in such a way. This is a movie that deserves to be seen on its own merits, outside the context of its overblown controversy.

If you rewind and re-watch certain individual scenes, though, you probably do belong on that registry.