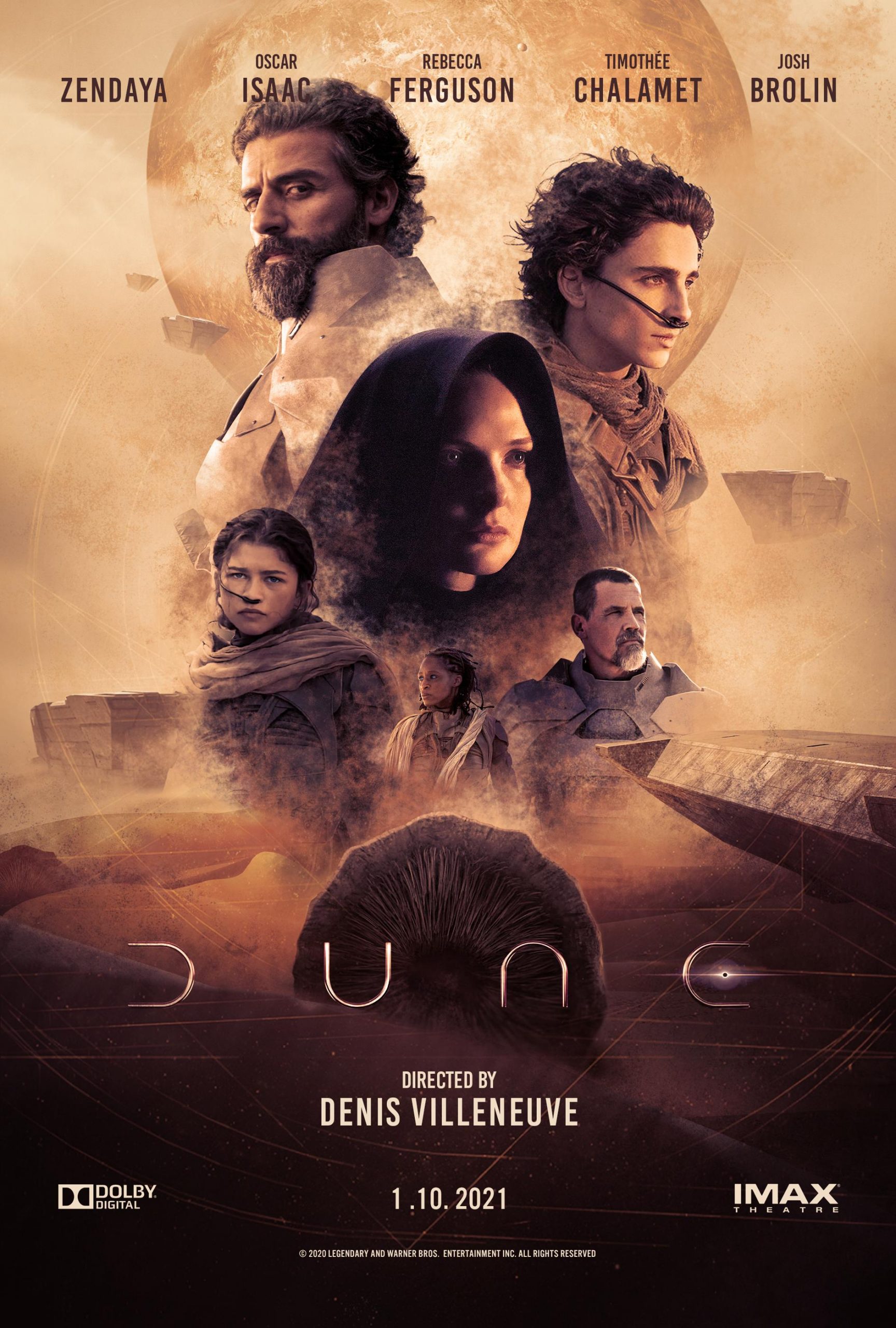 Dune done right. This is the most coherent and comprehensive adaptation of the Frank Herbert epic

Fair Value of Dune: $20. This is a space opera done right. Not Villeneuve’s greatest film (that’s either Sicario or Blade Runner 2049), but this is the most coherent and comprehensible adaptation of the Frank Herbert epic.

TL,DR: A rich teenage kid has to check his privilege when his dad makes the mistake of moving to Space Arizona, while eluding the ruthless and decadent legions of Dave Bautista.

Really? No, it’s a funky way of saying ‘Chosen One heroic trope’. Dune is pretty Campbellian.

Sounds Like Something We’ve Seen Before: If you mean the story where Star Wars and every other space opera go to steal their ideas, you’d be right. And I get it, it’s hard to appreciate the original iteration of tropes that are later fundamental to everything from Battlestar Galactica to Warhammer 40K. But bear with this, because this film has aliens.

Every Space Opera has Aliens! WRONG! Every sci-fi might have alien costumes, it might have people in body paint that are ‘aliens’, but that’s just naming. Villeneuve’s Dune has alien cultures- it really works to convey a sense of a place that is a more feudal and dynastic society, with different religious and philosophical concepts.

Isn’t this just Lawrence of Arabia with lasers? No, it’s Lawrence of Arabia with force-fields, get it right. Protagonist Paul Atreides (Timothee Chalamet) is really unsure about whether he wants to inherit the family company, which happens to be a planet. Due to imperial intrigues, the Atreides family swoops their craggy ocean Space Scotland planet for Arrakis, which is more or less Space Saudi Arabia for the galactic empire.

Why does Arrakis matter? It’s got this unique drug, called spice, which is necessary for people to be able to do the complex mathematics that makes faster than light travel work. Basically it’s the meth/cocaine for all the space truckers.

Ok, sounds like a sweet deal (and shouldn’t this really be Space Bolivia then)? Yeah, well, there’s this family of bald assholes called the Harkonnens, led by Stellan Skarsgard (in a fat suit, I hope). They’ve decided to pull a double-cross, and they’ve got a ruthlessness that might even scare a Lannister.

And so, Paul has to go chase his dreams about Zendaya, hoping to find and not get killed by the Fremen, who are the nomadic people inhabiting the far wastelands of Arrakis. Along the way he overdoses on drugs, practices his voice lessons, and flies these really cool ornithopters.

Why is this movie better than the David Lynch version? Well, for starters, it doesn’t try to cram in an entire super-long epic novel that covers a span of multiple generations. Dennis Villeneuve still keeps it to a bladder-stretching 2 hours, but your urologist won’t hate you for watching this movie.

David Lynch’s is the 400 level seminar on Dune. If you’re a mega-fan that reads all the books and wants to hear all your favorite dialogue, and all of the high weirdness, then by all means, see the Lynch version.

But Villeneuve’s storytelling is a lot more coherent, with a more compact cast. There’s a lot less of ‘who’s that guy’ and ‘why is Sting wearing a speedo?”. Also Duncan (Jason Momoa) gets a lot more characterization, as Paul’s trainer/ older brother figure. Also, Paul Villeneuve understands how to choreograph fight scenes.

This sounds pretty dense: Yeah, look, do you want to get Game of Thrones on a desert planet with giant sandworms or not?

Giant Sandworms? They’re less wormy and more scary in this movie than with the David Lynch version. In the 80s, they were mostly scary for being big. The Villeneuve versions are more like giant, fast-moving versions of the Sarlacc from Return of the Jedi– huge, nightmarish traps of falling quicksand. Remember the wisdom of Fatboy Slim, and walk without rhythm so you won’t attract the wyrm.

How will this film be remembered? By the sci-fi fanboys, probably much like Battle Angel Alita: a high budget, one and done film that introduced a rich and fully fleshed out fictional universe that will be ignored and discarded by the film-going public. So go to see it, enjoy it, because rich and complex storytelling like this doesn’t make enough returns to see a lasting franchise.

Best Paul Atreides: Timothee Chalamet. He’s a bit more plausible as a teenager reluctantly thrust into being a chosen one who’s just bewildered by everything around him. Lots of boy band energy here.

Best Jessica Atreides: Rebecca Ferguson. We get an actual mother and wife trying to do her best, and not just a fount of exposition and gibberish.

Best Duncan: Jason Momoa. Gets all the best fight scenes of this film, what few there are.

Best Emperor: Salvador Dali, who was slated to play the role in the Jodorowsky version. You can’t top that.

Best Feid Harkonnen: Sting. Never has a sweaty boy wearing a speedo been so menacing and intense.

Best Soundtrack: Did you know Pink Floyd was going to do the soundtrack for the Jodorowsky film? 1974 era, Dark Side of the Moon era, Pink Floyd? Sorry, but Hans Zimmer’s soundtrack for the 2021 version is just the standard issue Zimmer soundtrack- I didn’t even have a moment where the music caught me.

Best Cast, Overall: The new film, thanks to much better dialogue. It’s not just a bunch of people dumping out paragraphs of future slang; instead, the interactions are human, familial, strange and distinctive but still relatable.