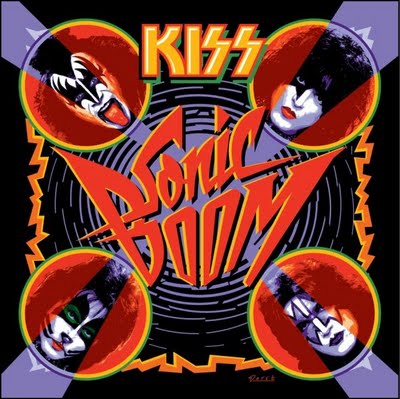 Im not sure the zeitgeist is (or ever was) waiting in the fetal position, sobbing for yet another KISS record to hit Americas hungry shelves, but as the DVD sales of Family Jewels have not met industry projections, here we are again, eleven years running since Psycho Circus inexplicably conquered the charts with its own special brand of mediocrity. The CD is Sonic Boom, and if the title alone werent enough to part you from your hard-earned money, remember that this is one more in a long line of Wal-Mart exclusives, forcing you to add the guilt of patronizing the devils workshop to the fact that you are, at whatever age, still listening to KISS. And are willing to pay for the privilege. Well count me in, as if I had nothing better to do than help line the criminally deep pockets of the one Jew on planet earth who would not have been above buying stock in Zyklon B as a way to hedge his bets. Yes, Gene Simmons, still inserting his 60-year-old Hebrew National into whatever orifice will release the most coin, remains the ageless wonder of rock; a strutting, scamming, holy roller of indestructible marketing timber who shuns alcohol and drugs not out of any moral sense, but because he wants to be the one sober man at the bargaining table. His comrade-in-arms, 57-year-old Paul Stanley, is once again on board, though I imagine he might actually need the money, what with the royalties for Love Gun not paying off like they used to. Two other musicians have signed up for the inevitable gravy train, but as theyll be replaced like spare parts for an oil-burning Impala whenever Gene tires of paying union wages, its best not to get too familiar.

Gene and Paul, not to be confused with John and Paul, are once again peddling their wares as the rock worlds worst lyricists, but Ill be damned if that isnt part of the charm. After all, few grandfathers would attempt to get away with the line I know the way you made the others break, but lovin me would be your first mistake. Maybe Philip Roth. But in the discs opening round, Modern Day Delilah, Paul is doing exactly that, asking us not to wince as he describes his lustful affair with some woman he first saw across the room. As played, its a nasty, adrenaline-charged cut that breaks KISS tradition by forcing all female pegs into whorish holes. Its hard to believe that our crew havent learned their lesson, what with a good 10,000 conquests under their belts, but God love em for still trying. Russian Roulette humps the same note on the rock piano, as Gene dares trot out the oft-used Out of the frying pan, into the fire line to convey his irresistible senior appeal. One pull of the trigger is all youre gonna get, he groans, as if any woman, high or low, would complain about not enough trips to the Simmons well. Most men his age who sport the same haircut or propensity for spitting up blood are swiftly hospitalized, not rewarded with a fifth house in Beverly Hills. 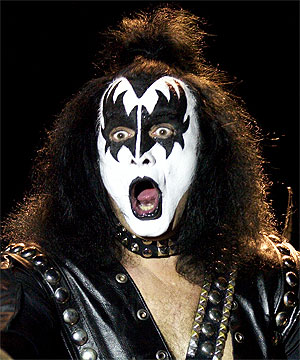 Never Enough sets the record back on track, showing that women, in addition to submitting, deferring, and acquiescing in every manner possible, are likely to light the fire below even though the man wont slow down. Sex aside, this is also one in a 35-year series of KISS anthems to equate breaking all the rules with true liberation. I wont stop till I make it to the top, Paul roars, wondering how high the pile of money must get before he rests. Yes I Know (Nobodys Perfect), as much as Id like it to be Genes atypical flirtation with humility, sours the instant it reveals that the source of regret is not that he fucked so often, but that he didnt fuck enough. His failure to reach the ideal is because, contrary to all logic, there a few holdouts to his nutsack. And, if he will admit to any flaws, its that not every chick has agreed to take off her clothes. He isnt providing any answers, but we can only assume they didnt care for the disco record. Stand, one of the few to avoid fucking altogether, is the closest the disc comes to an arena crowd-pleaser, as it furthers the notion that loyalty is mankinds greatest attribute. Stand by while I make a shitload of money might have been more accurate, but overall, Gene and Paul have never been this overtly generous. They even admit theyll do anything theyre asked to do, without a trace of an invoice to be found.

Hot and Cold is all Gene, which from the beginning has our hero interrogating a chick just long enough to see her naked. I will seduce you my treasure is perhaps the bands most confident lyric, though its quickly followed up by, I know youll ask me for more and more as a strong runner-up. And when the hypothetical woman is pushed to Feel my tower of power, the song flirts with a mild sexism quickly erased by a chorus of accusatory insults. Once you hop into bed, dont you dare bring your conscience. Few things grate like a cold woman. Though in All for the Glory, KISS admit to playing to win, even if no one likes it. Who, exactly, is complaining? Gene and Paul might as well have been sealed in a tomb for a quarter-century for all the current events they so blithely ignore, and if rebellion is your game, who is the audience? KISS isnt about to win new fans, for fucks sake, so is it really appropriate to lecture your aging audience about the need  to let loose with retirement just around the corner? Yeah, they could buck the system and not pay their bills, but millions are doing that already, even without the bands help. Danger Us helps rub salt in the wound, as it points out the impossible-to-swallow reality that a man having even less talent than you for just about every artistic endeavor under the sun makes more money on the shitter than you do in several decades of humiliating labor. All that (and ugly to boot), and still swimming in pussy after all these years. 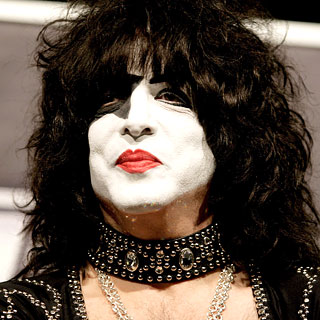 I dont really need to tell you that Im An Animal is about a woman damn near dying after being fucked by Gene, what with him being made of fire, made of heat and all. I am free, he says, furthering the disgust you felt at the discs halfway point. Still, and it cannot be minimized, this is a wild, fast-paced album, pushing its pounding rhythms miles away from even the hint of a power ballad. When Lightning Strikes ups the ante further, equating Genes penis to TNT, electricity, high voltage, and cataclysmic earthquakes in turn, though I could have done without the songs final allusion, which may or may not reveal Gene as mankinds true savior. All of this, however, has been leading up to Say Yeah, the KISS armys call for revolution, so long as you believe chanting Yeah, yeah, yeah in the streets will get you anything but arrested. The world can be such a bore, Paul squeals, so why not join the crowd and pierce the air with your defiance? Its impossible to imagine when this band was  perceived as a threat; when loving these Knights in Satans Service was the surest way to be grounded or cast aside as a wild child. Did these cultural watchdogs ever bother listening to the songs they so feared? Sure, having sex is worse than murder for some, but amidst the crazy boots, armor, fire, and gallons of face paint, stood a band more Ayn Rand than Abbie Hoffman. Fuck, fuck off, and fuck some more, but keep your eye on the real prize. Its Genes way, and apparently were still buying into it.