MUST READ AFTER MY DEATH

2008 Denver International Film Festival The memoir movie, though often a trial of unearned self-importance, can often yield great bounty, as with the staggering gem Running Stumbled from a few years back. There, the focus remained insulated and narrow, but the film had the good sense to be sick, demented, off-putting, and unfailingly entertaining. Threats […]

2008 Denver International Film Festival Movies about teachers inevitably become exercises in sentimentality and wistful nostalgia, as we are instructed to look back fondly on the kind old souls who inspired us to reach for the stars. From Goodbye, Mr. Chips to To Sir, With Love, education is seen as a transformative experience, complete with […]

As with most American cities, there is a war for the heart of Santa Fe, New Mexico, and as expected, it largely involves money.

OFF THE GRID LIFE ON THE MESA

This isolated neighborhood is the world’s largest outdoor insane asylum.

WHEN DID YOU LAST SEE YOUR FATHER 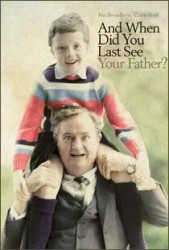 Who is your daddy and what does he do.

MARGOT AT THE WEDDING

When it was announced that Bill and Stella Pence would no longer be managing the daily operations of the Telluride Film Festival, hope sprang eternal, as it always does whenever new blood is injected into tired, sagging veins. The festival, while good in recent years, seemed to have been coasting on its reputation, rather than […]

It was the triumph of alcohol over Jesus.