While the mindless, foolhardy outdoorsy types prefer to “get in shape” or “get back to nature,” I prefer the stimulation and unending pleasure of darkened movie houses

From documentaries to world premieres, remastered classics to the latest festival hits, Denver continues to impress as a first-class film city.

Things To Do In Denver If You’re A Heartless, Atheist Cineophile

Oft-told tale of some reservation-bound, drunken redskin trying to outrun the cops. 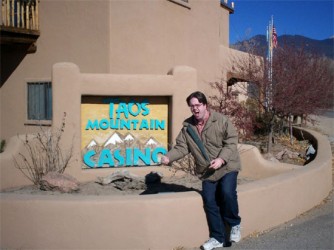 Raw sewage running through the streets, cock fights at dawn.

TELLURIDE 2002 Film Festival 2002 Matt went to a festival As a refreshing alternative to the mindless drivel that passes for contemporary cinema, there is no better source than an international film festival with a reputation for independence, shock, and originality. Telluride’s annual festivities, tucked away deep in the mountains of Colorado during the Labor […]

Worsening need to discuss his shattered sex life with you.