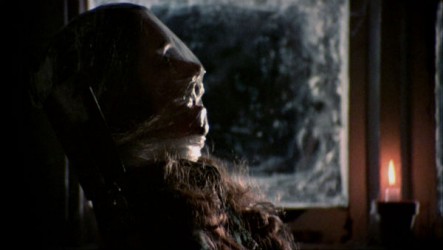 Fair Value of Black Christmas (1974 Original): $3.50. A suspenseful final 15 minutes does not offset the plodding 75 minutes preceding. This is a film for slasher movie connoisseurs who want to examine the roots of the genre.

Release Date and Context of Release: It had been eight years since Richard Speck had raped and killed eight student nurses at a dormitory in Chicago. Urban legends were permeating the cultural dialogue, but the idea of an inhuman killer hadn’t distilled yet- but society was gripped with the idea of the serial killer.?Director Bob Clark was just beginning his career, having previously scored a hit with Children Shouldn’t Play With Dead Things. Black Christmas was contemporaneous with The Texas Chainsaw Massacre ?and Devil Times Five. It was the very beginning of the first wave of slasher movies. Interestingly enough, Bob Clark would later go on to make the all-time classic A Christmas Story, which complements this film in having a similar anti-romanticism. They’re both nihilistic Christmas films, films set during Christmas time but not really having any nonsense about family or magic or other positivist crap.

Tagline: A Christmas of another color brings a killer on the loose.

The Antagonist: Rarely has there ever been a vaguer villain than the psycho in this movie. We only see a hand, or a staring eye, or a shadow. But his whimpering, disjointed phone calls are the scariest thing in this movie. They truly sound absolutely deranged, malignant, and unholy. Imagine if the demon in The Exorcist got into making prank calls, and you get the idea. The result is a frightening but non-iconic slasher- possibly the most anonymous and abstract slasher ever presented cinematically.

How Terrible is it all, really? It’s an important evolutionary stage in the development of the slasher sub-genre. That being said, it has serious pacing issues, trying for too long to establish itself as a whodunit murder mystery. While this provides a refreshingly well built cast, it spends too long being a crime film before settling into being a horror film. Nevertheless, that gives the cast time to shine, and the result is a bleak little anti-Christmas film.

Moralizing/Schadenfreude/Strafelust: This film is another horror movie that succeeds by inverting the rules- though to be fair, this film was made before horror film rules were really codified. The moralizing virgin is actually the first to die. The promiscuous bitchy alcoholic girl (Margot Kidder) makes it past the half-way point in the film 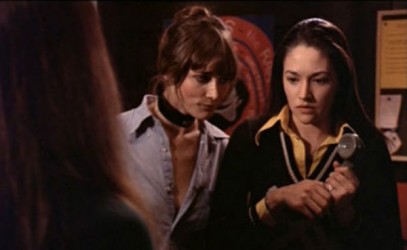 Best One Liner: SPOILER: “Jess, the caller is in the house. The calls are coming from the house!”- This is the film that invented that trope.

Shrill Political Message: None particularly other than a pervasive theme of a society in decay. There’s a sense that the killer is just further along in the chaos than everyone else. But whether it’s alcoholism or abortion, or just sheer bureaucratic incompetence,

This really isn’t a Christmas film. It’s happening during Christmas, but that’s more of a circumstance. The killer doesn’t dress up as Santa Claus. At most, this film is about the worst Christmas conceivable. The only girls who remain at the house are those with nowhere else to go- Barb is alienated from her family, Jess is trying to hide her pregnancy. The few moments of cheer and bonding are quickly dispersed- the caroling children are rushed away from the sorority house when news of the first killing is relayed.

Best Novelty Death: Barb (Margot Kidder) is a delight through the whole film. She’s a drunken bitch who generally has the best lines of the film. She even gets the best death- stabbed to death with a crystal unicorn.