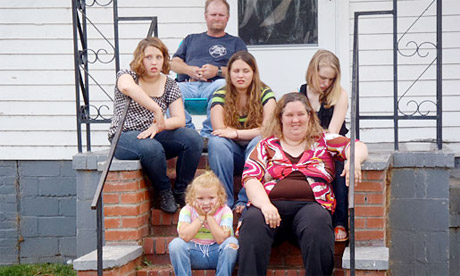 What ever happened to America’s collective self control? Some people say that Doritos killed it. Others say Charlie took it from us in Nam. But sometimes I think that we traded it away, traded it for the pleasures of having five chins, four TV’s, and the ability to make red hot farts…all damn night.

Welcome to South Georgia, where they sell Cheeze Puffs by the five gallon bucket, wash their hair in the kitchen sink, and store fat in their bellies as if anticipating a nuclear winter… but winter never comes; it is replaced by elastic waistbands, hypertension, and motorized scooters that seem to be powered by filth alone. Fathers have become baby daddies. Sassy is the new smart. And Pi is always Pie.

In an obvious attempt to disprove evolution, this ethos of Rednecks are actively devolving and doing so by celebrating poor health, stupidity, and unselective breeding habits. The fat get fatter. The dumb get dumber. And shame, algebra, and jogging join the ranks of dragons and unicorns. To call these people animalistic would be a compliment. They are more like plants: sedentary, incestual, and easily killed by tornadoes.

Maybe it’s not their fault. Maybe these rednecks are being genetically engineered by corporate America. I mean, if you’re going to make a Big Mac produce the same amount of serotonin in the brain as a handjob, there will be consequences. I find it fitting because not long ago the white people in the American South were engineering black people to be bigger, faster, more efficient slaves. Now, those once cruel masters are being engineered by corporate America to be fatter, slower, more efficient slaves. But the beauty in the whole thing is that these dolts are proud of their servitude to consumerism, defend it even.

It’s the American way. Sure they wax on about going on a diet or getting exercise, but they still die all the same: farting into couch cushions with one hand in a bag of pork skins and the other on the remote. This is how Honey Boo Boo will meet her end, probably at the ripe old age of 48, stuck on blood pressure medicine, chain smoking, and using her belly button as a place to store chicken nuggets.

Sorry for the unusually long intro. For those of you who don’t know who/what Honey Boo Boo is, I’ll break it down for you: She is a redneck larva who participates in child beauty pageants. She lives with her mother and a bunch of other people. They are globally, environmentally, and personally irresponsible, along with being fat, unintelligent, and outspoken. They might actually be the reason a doctor in India gets paid less than a janitor over here. I can’t prove it though.

Let’s meet this nest of cholesterol and laughter. For the sake of humor, I’m going to turn them into a video game. I will catalogue each character as if it’s a boss you have to fight at the end of a level, starting from easiest to most difficult:

Spirit Animal: The Ghost of Jon Benet Ramsy on Meth

Overview: After watching her for ten minutes, I realized that she is what Adam Sandler was trying to capture his entire career. Pity he fell short. Like most children, she is adorable, innocent and full of wonder; however, she will no doubt grow up to be a horrible human being. She won’t be able to get out of a DWI by grabbing her stomach fat and making it talk. She won’t be able to get her GED by applying 9 pounds of makeup and farting into a microphone. Her mother wants to vicariously live through her, so she exploits HBB through these horrible competitions where other failed, obese women judge little girls according to their looks. You can’t make this stuff up.

Strengths: Offensive to the senses.

Weakness: could be easily punted off an overpass like a spoiled chalupa 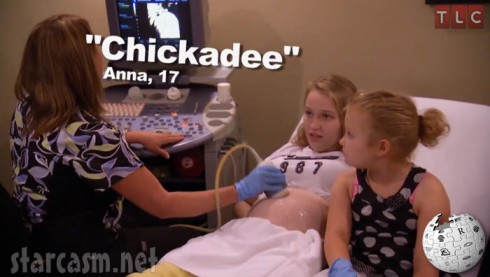 Overview: She’s got a baby inside of her, and everybody is kind of hoping the same thing: that it’s not from her father (breaking news: the baby Kaitlyn, was born with an extra thumb). Chickadee is often an expressionless bore. She goes through each episode with the enthusiasm of Kim Kardashian watching CSPAN. The only notable thing about her is that we know she puts out. Also, her mom was 15 years old when she had Chickadee, so by family standards, she is kind of a late bloomer.

Strengths: the ability to replicate quickly, and her eyes seem to move independently from one another 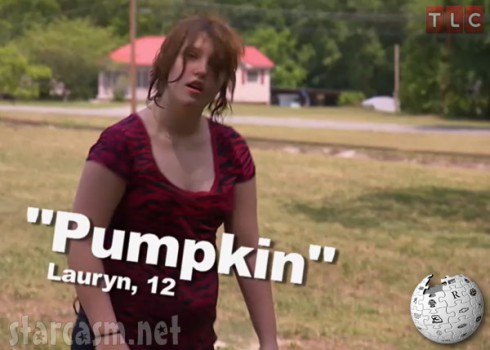 Overview: She has a sharp tongue and defiant attitude, but she also has the muscle mass of a paralyzed manatee. The merciless beatings she will receive throughout her teenage years will prepare her for a lifetime of abuse. Also, Pumpkin was filmed feeding Mountain Dew to her sister’s new born extra thumbed baby, which is more Ricky Bobby than Ricky Bobby. I hope Kid Rock gets her pregnant in time for season 4.

Strengths: quick wit and her don’t give a fuck attitude

Weakness: will suffer beatings from drunk boyfriends and be downtrodden by the hands of assistant managers her entire life 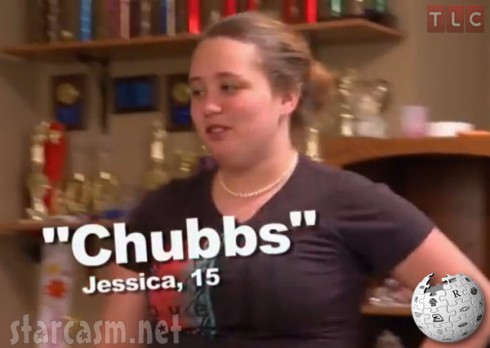 Overview: Chubbs actually thought of going on a diet. She realized that since her job isn’t to stop Mario Williams from sacking Peyton Manning, that it would be a good idea to slim down a bit. Then, her mother decided to buy donuts at an auction (yeah that actually happened) and then gave her this bit of advice: “If you fart 12-15 times a day, you could lose a lot of weight.” It’s safe to say Chubbs would fare better being raised by Saudi Fundamentalists.

Strengths: can whistle Nicki Minaj’s Starships with her own flatulence 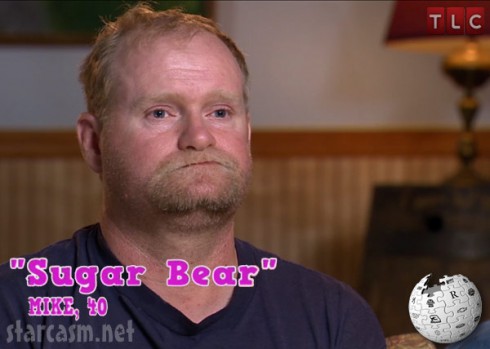 Overview: Sugar Bear is a man of few passions: 4-wheelers, sunburns, and sticking his dick inside a woman who has a neck that has turned into a rogue goiter factory. He is a simpleton of few words. That’s not to say he necessarily doesn’t speak much; it means he probably has a vocabulary of about 300, give or take, mostly take. He does have a job though and haplessly supports this troop of fatties for reasons that science, reason, Milton, or God could ever hope to explain. They say he works 7 days a week. I’d wager he just leaves the house every single day, drives down to the river, and cries. I think sometimes that reincarnation is real. If so, Sugar Bear was probably Joseph Stalin in a past life.

Strengths: Inability to feel shame, allegedly has a job

Weakness: Being a toothless rube, duped into caring for kids that aren’t his. 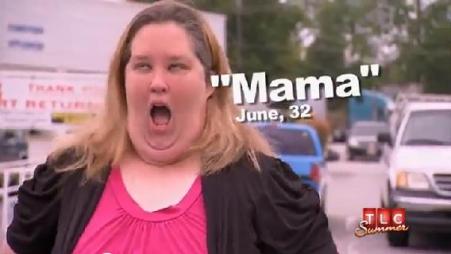 Overview: She is the real star of the show, a quadruple chinned, deep fried hedonist who hides behind a facade of brazen courage, lives her failures a second time through her children, and laps up attention like a caged seal clapping for a fish-wielding audience. Through the use of sub-titles, we are aware of her creative employment of the English language. She makes Jeff Foxworthy look like Louis C.K. She makes Larry the Cable Guy look like Jeff Foxworthy, and she makes me feel like Noam Chomsky. She is totally self-aware, and possibly even amplifying her white trashiness for entertainment purposes; however, it raises questions about how this behavior will affect her litter. But I really don’t care about her litter that much because we have millions of people like this. I just watch for the fat jokes.

Strengths: Producing more obese people into the world, Keeping McDonald’s stock stable during a global recession, eating off the floor, persuading a clueless hayseed to indefinitely provide for herself and all her daughters.

Weakness: Exchanging mild rushes of happiness derived from chemically altered food sources for years off her life…which might actually benefit everyone.

So that’s the show. Those are the people. I should note here that I only watched the first two episodes, and I couldn’t stomach any more. Not to say that I’m high brow or better than this. I’m not.

It was really a funny show, but it becomes redundant after while. I have to say that there is something endearing about this family in that they do seem to stick together and they are, for the most part, honest about what they are: repulsive mongoloids stewing in their own juices. They embody a huge cross section of America that isn’t represented, except through mugshots or those Walmart photos. I’m glad they have their own show. I like how they challenge the traditional view of beauty, but I hate to see them do so at the expense of their own health.

I don’t feel bad for making fun of them, as they have put themselves in this position and no doubt reap many rewards for it. I find people like them disgusting and culpable for much of the collective stupidity that governs our country. There was a moment in the show where Chubbs asked the family, “What happens if you hold in a fart?” She may as well have asked them for the capital of Estonia.