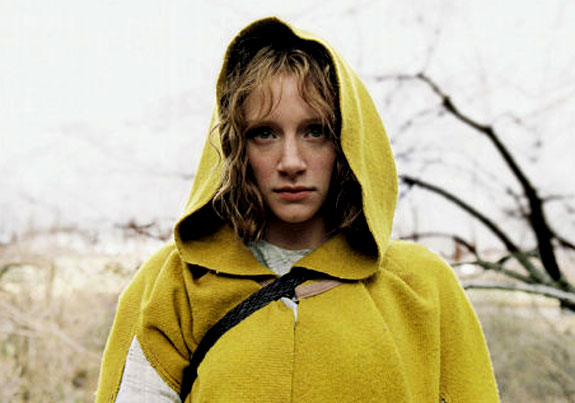 Call it an opportunity squandered. Believe me, I was fully prepared to hate this movie, given that I already knew the “twist,” and yet I wasn’t nearly as angry as that, although my disappointment is strong and unwavering. Increasingly, though, I am sick to death of M. Night Shyamalan’s tricks, as he seems allergic to straightforward storytelling. Perhaps he has little confidence in his material, but it seems more probable that he’s coasting on his reputation as a rug-puller. That shit worked once, but no more. So let me clear my throat before moving forward. The Village takes place in contemporary Pennsylvania, where several families have removed themselves from the dangers of the big city to live in a self-imposed exile from the modern world. To keep their children from exploring the perimeter of the nature preserve that houses their community (and learning the truth), they have invented assorted legends and myths to frighten the young ones into compliance. The village appears much as it would 100 years ago, and the language has the somber, stilted tones of what we might believe is reflective of the time (no contractions, etc.). But as a member of the community gets stabbed by a retard (Adrien Brody), it becomes necessary to send a blind girl out into “the towns” to retrieve life-saving medicine, which might jeopardize that which the adults have taken great pains to preserve. Underwhelming, eh? So all we have here are a group of idealistic yuppies that couldn’t hack it in the real world, who then decide to leave everything behind and start anew as pioneers? That’s it, folks. But that in itself is not the problem. As usual, Shyamalan jerks us around for nearly two hours before showing his hand, when the story would have been far more interesting if played straight.

Given that we live in a culture where so many various groups are seeking to escape modernity and carve out “paradise,” the subject is ripe for investigation. What about these home-schooling parents who seek to shelter their children from all dangers, both real and perceived? What about the simplicity movement, now largely forgotten, that asked burnt out go-getters to take up life in the country? Even our reality shows speak to a buried longing to cast off the cares of everyday life. We want adventure and excitement, but seem to want such things without having to work, risk death in traffic, or face the stress of crime, anger, and heartless competition. Had the film taken this group of adults (referred to in the film as “elders”) and explored their lives, motivations, and psychologies more fully, it could have been both bitingly humorous and remarkably insightful. Instead, we learn absolutely nothing about these people save a few brief words near the end about losing loved ones to tragedy and getting together at group counseling. Instead of much-needed shots at American restlessness and the usually twisted search for an imaginary innocence, we are led to believe from the very beginning that the lies fed to the children are in fact true. My wife argued that the film–at least until the secret was revealed–was shown through the eyes of the children, which is an argument that makes sense. And yet, I simply will not believe that Shyamalan was intending such an interpretation. 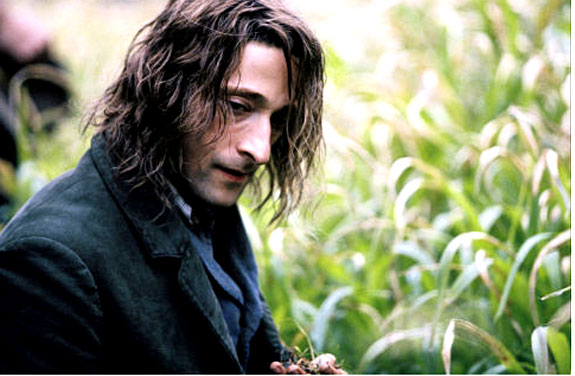 Because of the brooding soundtrack, ominous imagery, and cold approach (it is told quite clinically, with little focus on “entertainment”), the film is attempting to place the audience in a frame of mind that approximates a world long ago. As we enter this little hamlet, we wonder why the adults so fear the outside world, and just might accept that creatures lurk about, ready to snatch us away forever. It is fine that the kids believe this, as the parents have a narrow worldview to uphold. They act from the impulse of survival. But again I ask you: why is it necessary that we believe this? I contend that great filmmaking rarely involves a scenario whereby the audience is kept in the dark. Instead, the most satisfying situations allow the audience to possess information unavailable to one, or even all of the characters. We are more likely to shrink with fear when we watch an unknowing hero walk into danger that has been established for our benefit, rather than jumping when he jumps. Simply put, if we know the outcome while he doesn’t, we can build an emotional connection and hope for an alternative, even if we know that certain doom awaits. By manipulating us in the same way that the elders manipulate the children, Shyamalan is effectively treating us as children, believing that unless we have a hook, we won’t follow him on his journey. Perhaps we wouldn’t.

I will never know for certain how I would have reacted to this film had I remained ignorant of its payoff, but having the information allowed me to understand exactly why it failed, as it happened. Without the secret, the story is a snoozer indeed, as the drama consists of little but peeks into the woods, a meeting or two, and Brody’s retard constantly interrupting dinner with his giggling. But if we had known all along that the adults were living a horrible lie, the drama would be heightened because we’d wonder if and when the ruse would come to an end. We’d share the worried looks of the elders as kids grew to maturity and started questioning the established order. We’d share the sense of panic as kids wandered too close to the trees, or caught their parents in a contradiction. Who would be the first kid to make a run for it? Would a group of kids conspire to look for clues as to who’s really behind the creature sightings? Even better, what would the kids say once they found out that another, more modern world beckons? Perhaps then we’d get more discussion about the ethics involved in systematically lying to one’s children day after day, even if based on good intentions. A host of exciting issues results from this approach, yet Shyamalan would rather dart about and keep us scratching our heads. And hell, if you’re going to have a “surprise,” you’d better give us a Planet of the Apes-type whopper, not something that merely evokes a half-hearted, “Oh, I see.” 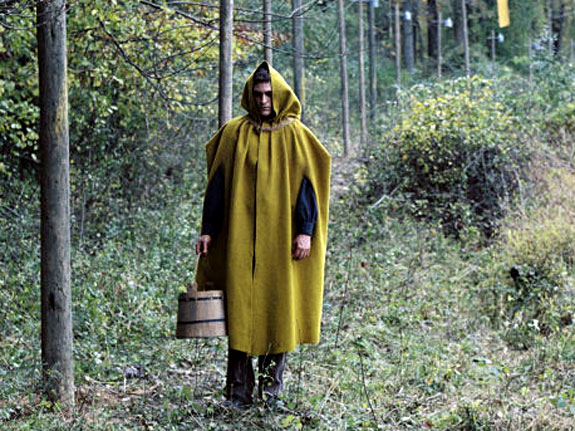 Notice I didn’t mention the performances or even the actor’s names [Ed Note: Brody?]. They really aren’t that important. This is not a film about character, or truth, or the human condition, but rather a cheap parlor game where we hunt around for clues, hoping to be the first in our group to solve the puzzle. I wanted desperately to feel something for the people on the screen, but Shyamalan is more puppet master than artist. They are cogs in his machine, and we always suspect that they’re behaving exactly as he wants them to, which to be blunt involves little spontaneity, creativity, or excitable passion. The trappings are stylish and not without interest, although I have little patience for such color when it isn’t in service of the story. At bottom, this should be a film about horrible, selfish people stealing the minds and futures of their children, but instead we are left with a scavenger hunt, courtesy of M. Night. Will it be ghosts? Aliens? Mangled monsters in the night? Leave such shenanigans to the cheap mystery novels, not big-budget motion pictures.